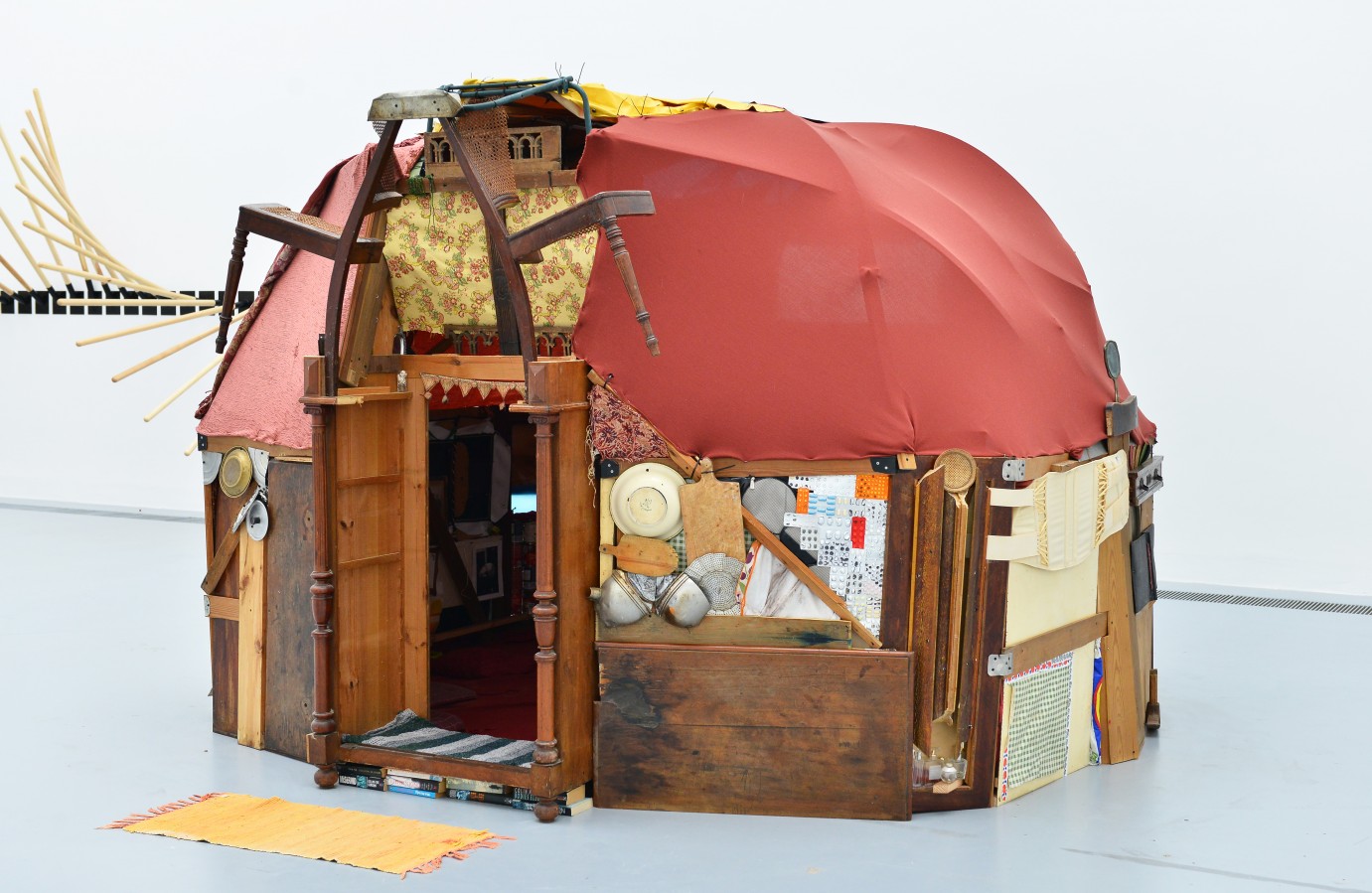 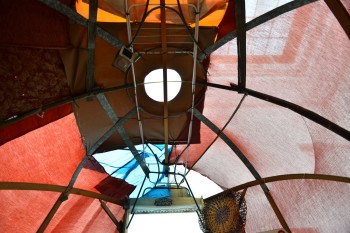 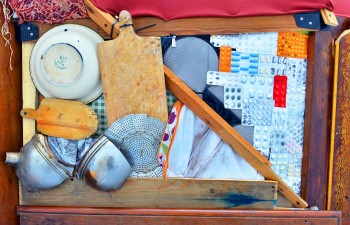 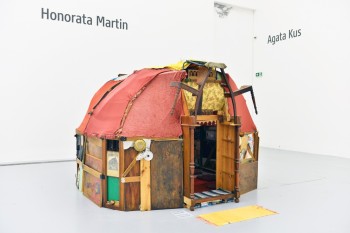 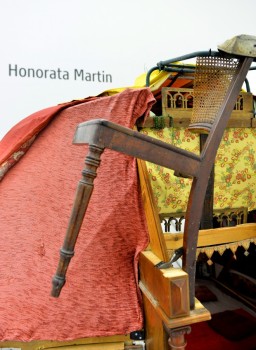 Honorata Martin has won the 2017 Spojrzenia (Views) Deutsche Bank Award. The most important competition for young Polish artists is organized by DB and Zachęta – National Gallery of Art.
Martin is a painter, performer and multimedia artist whose works we've shown at Raster on the occasion of a group show Society is Mean. For the Views contest exhibition she has prepared a moving work in the form of a wigwam built out of things left in the apartment of her grandmother that has recently passed away.

As the artist says herself, "I don’t want to produce new objects. I want to build a sensible model made of things which lost their meaning, a model reminding of those who lost their foundation of security and permanence. I want to face issues I feel overshadowed with since I was a child. I wonder if such attachment to things still makes sense in the modern world, or will various forms of nomadism dominate in the near future." 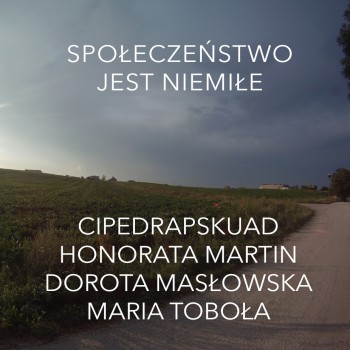 This exhibition takes place in a coun­try whose society has a rather poor opinion of itself. The society is mean, the society is aging, and the force which is driving us toward all this is the progres­sive stabilization, which seems to have effec­tively conquered us after years of figh­ting on various fronts. Life in Poland has become ter­rifyin­gly ordinary. The works making up the Society Is Mean exhibition are not essen­tially asocial, but they do bril­lian­tly render the distance between the individual and the society around him or her. The artists whose works we are presen­ting give us a wholesale revision of this con­sen­sus; the sphere of their con­fron­tation with society is its lan­guage, its living space, and its dominant, stereo­typical inter­per­sonal relationships.