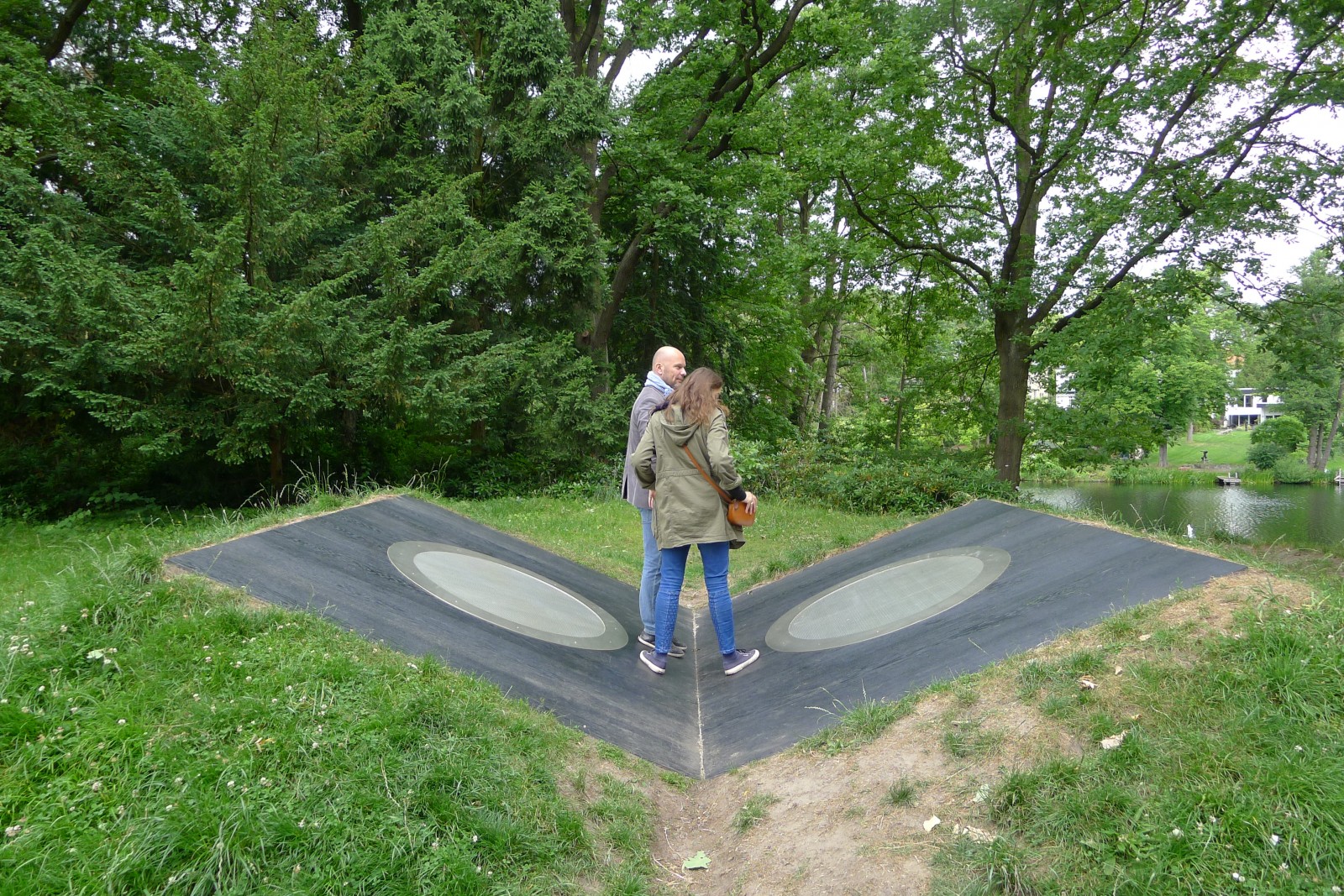 Slavs and Tatars’ instal­lation prepared for the 8th Berlin Bien­nale was placed in the pic­turesque garden of Haus am Wald­see villa in Dahlem; two out­sized speakers are set up in the form of a rahlé (stand for holy books) onto which visitors were invited to sit, lie down, relax and reflect. A trans­cul­tural jour­ney from the past – to the present, was offered to the audience by restoring the velar nasal ŋ via a computer-​generated re-​recording of the Tur­kish call to prayer. “Ezan Çılgıŋŋŋŋŋları” was not only appreciated by the public and critically acc­laimed, but also widely covered by press: in “Die Welt”, “Tagesspiegel”, “TAZ” i “Berliner Zeitung” and art​net.com which called the instal­lation “a bright spot” of that part of the Biennale.

Slavs and Tatars at Berlin Biennale 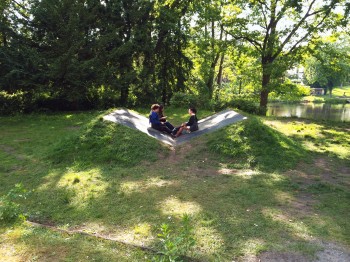 Prepared for and first exhibited during 8th Berlin Bien­nale, Ezan Çılgıŋŋŋŋŋları con­sists of two out­sized speakers set up in the form of a rahlé (or stand for holy books) onto which visitors were invited to sit, lie down, relax and reflect.