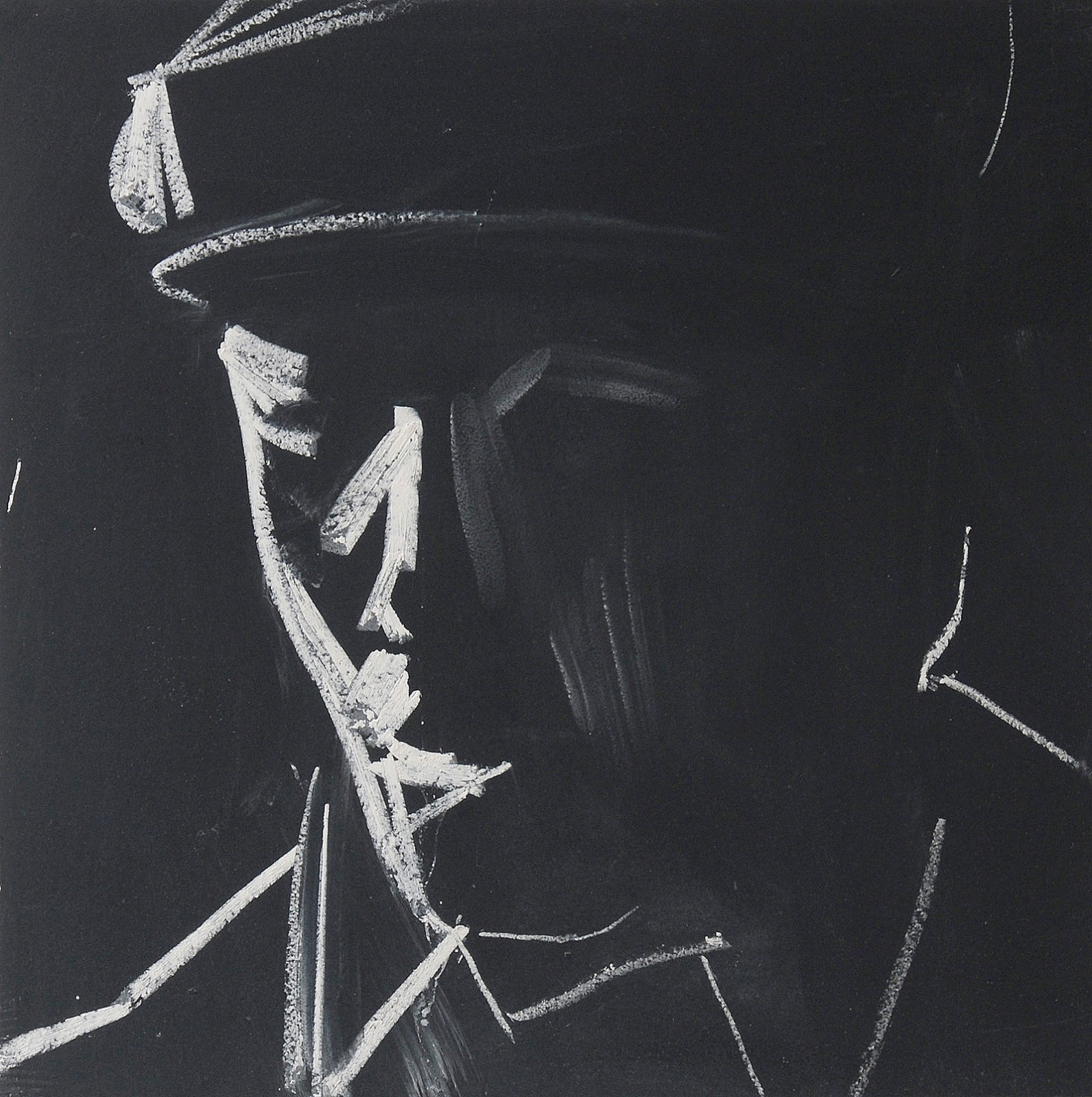 The artist uses The Arsonists euphemistically to describe figures of noc­tur­nal pyromaniacs as artists hooked on their work. The enig­matic faces and outlines of the arsonists, originally drawn from film frames, then later “from the head,” appear in the light of the fires they have star­ted. The sim­plest drawing gesture – chalk on a black­board – unobliging and radically imper­manent, meets the destruc­tion of the arson, whose gesture is equally simple, though mer­ciles­sly irrever­sible. Both involve an obses­sive fascination with what human hands are capable of doing. The Arsonists series was made shor­tly after the premiere of After­math, a popular film that dealt with the pogrom of Jews in Jedwabne in July 1941, an event which cul­minated in the tor­ching of a barn with people cor­ral­led inside. 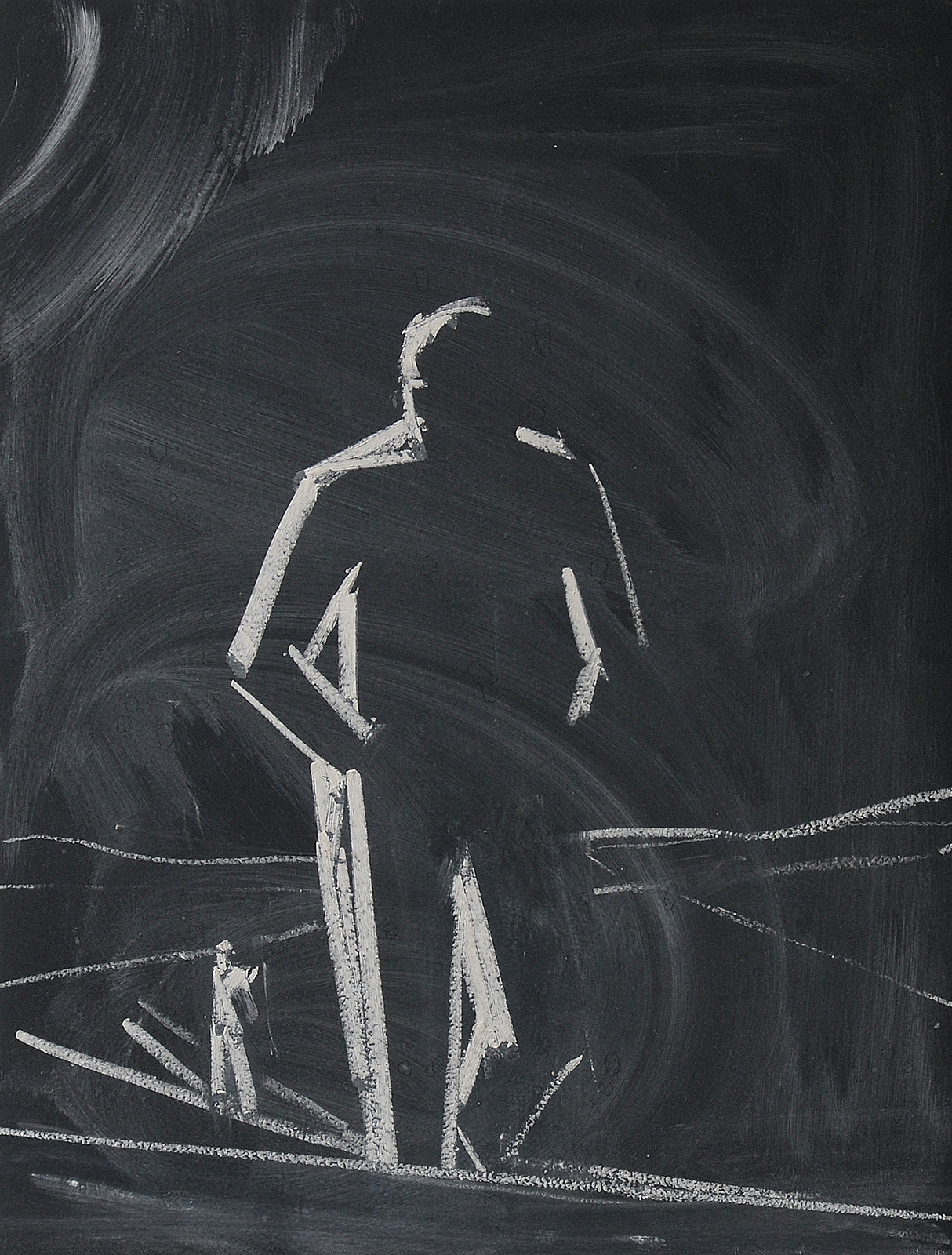 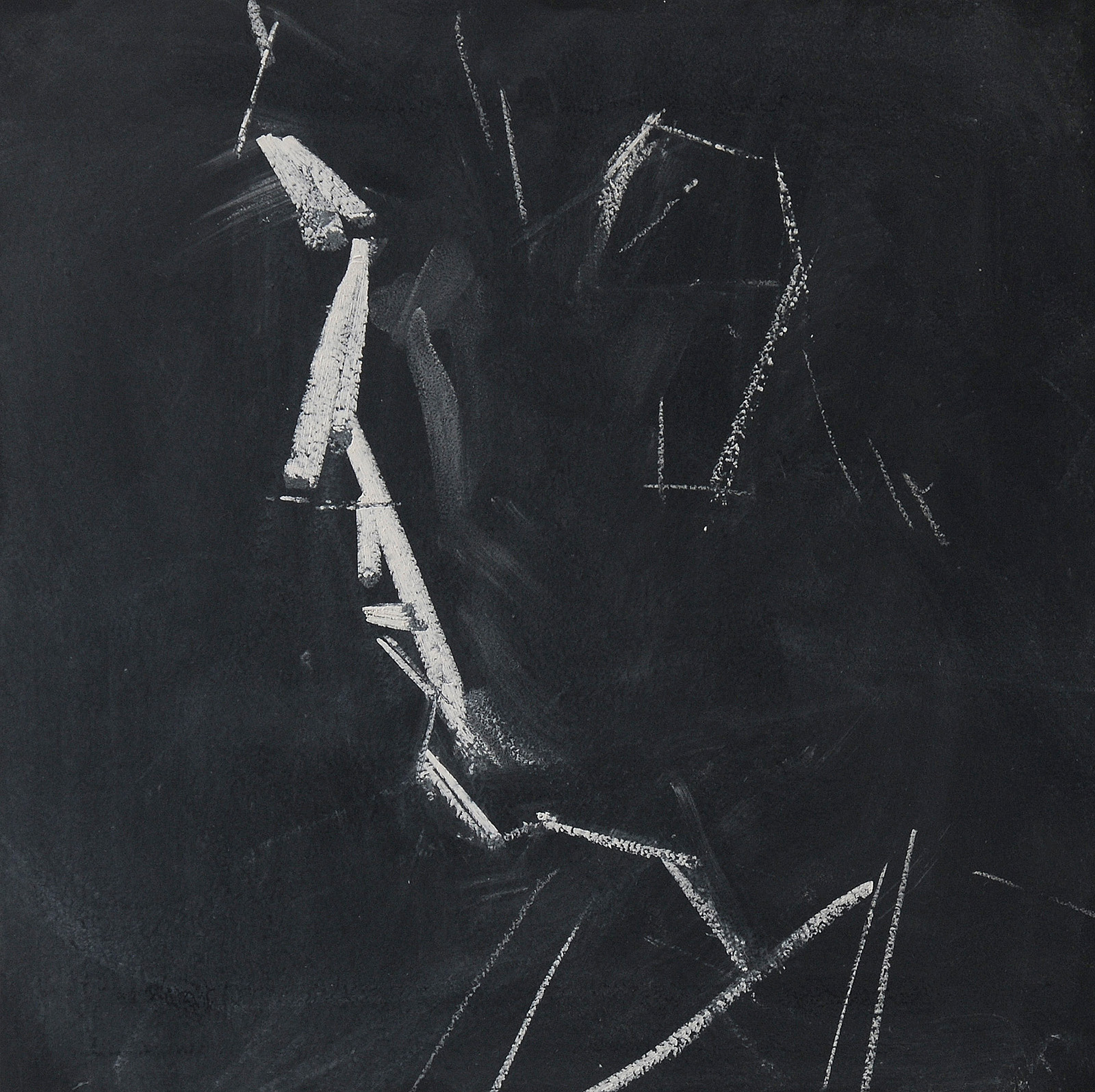 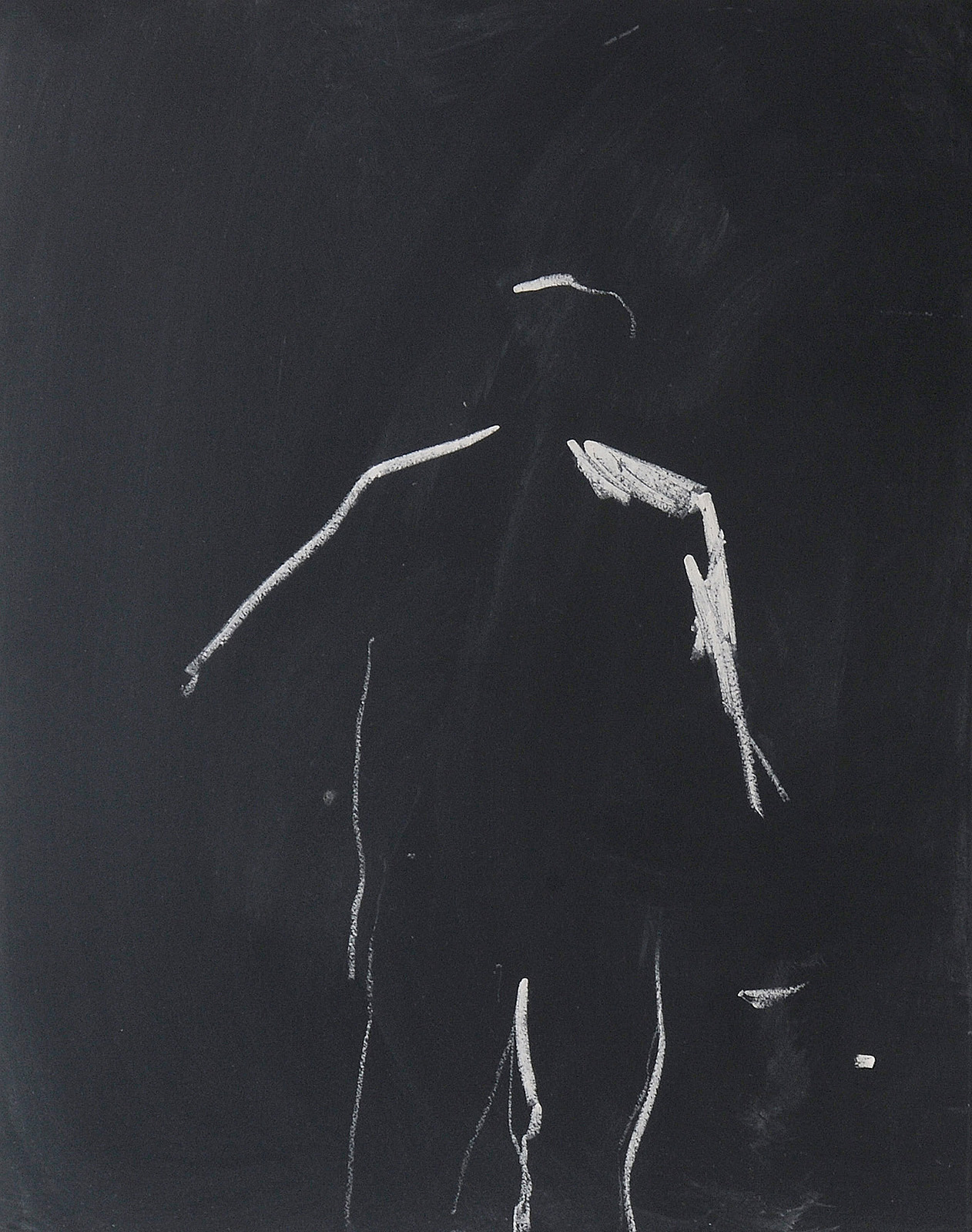 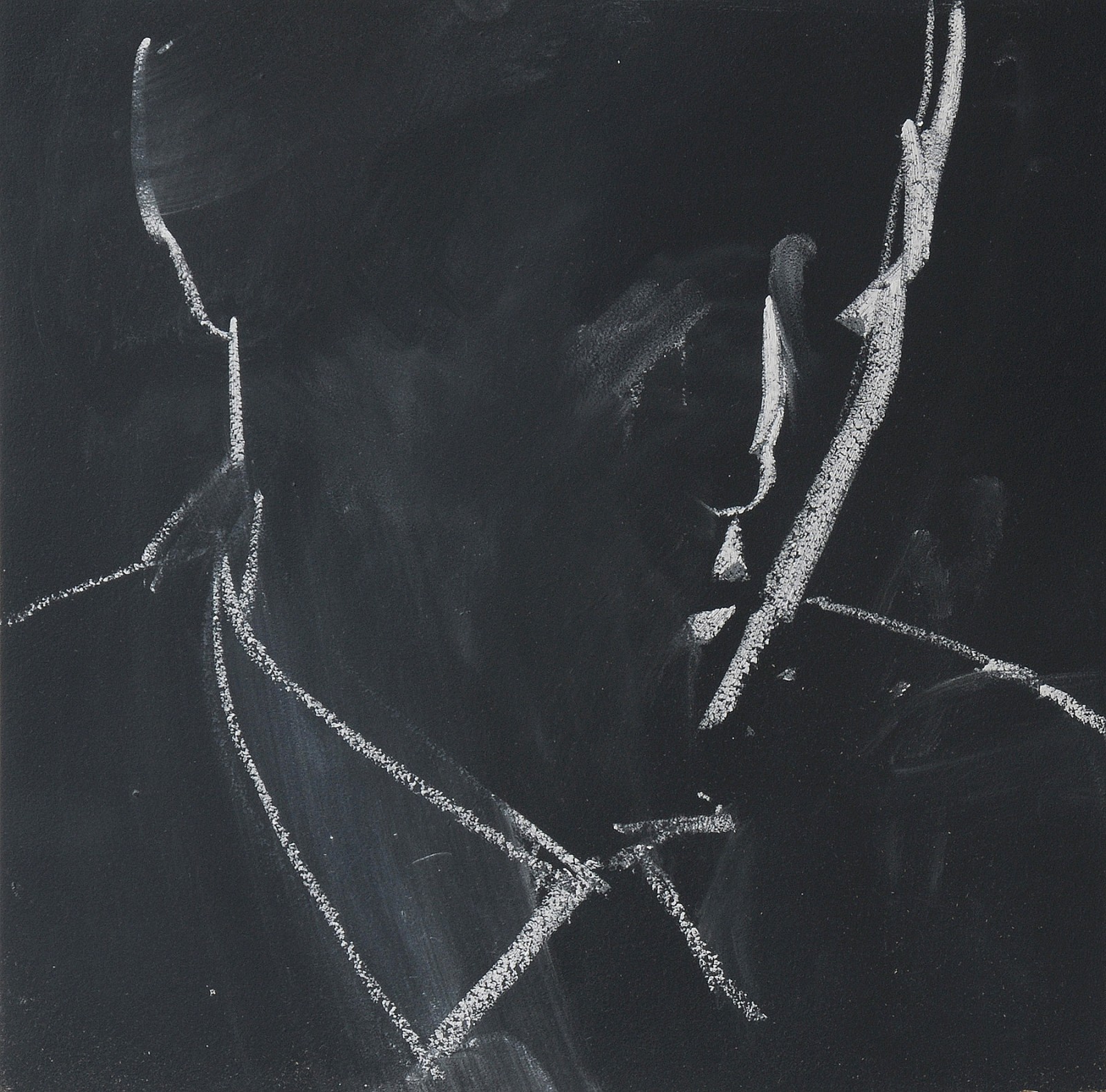 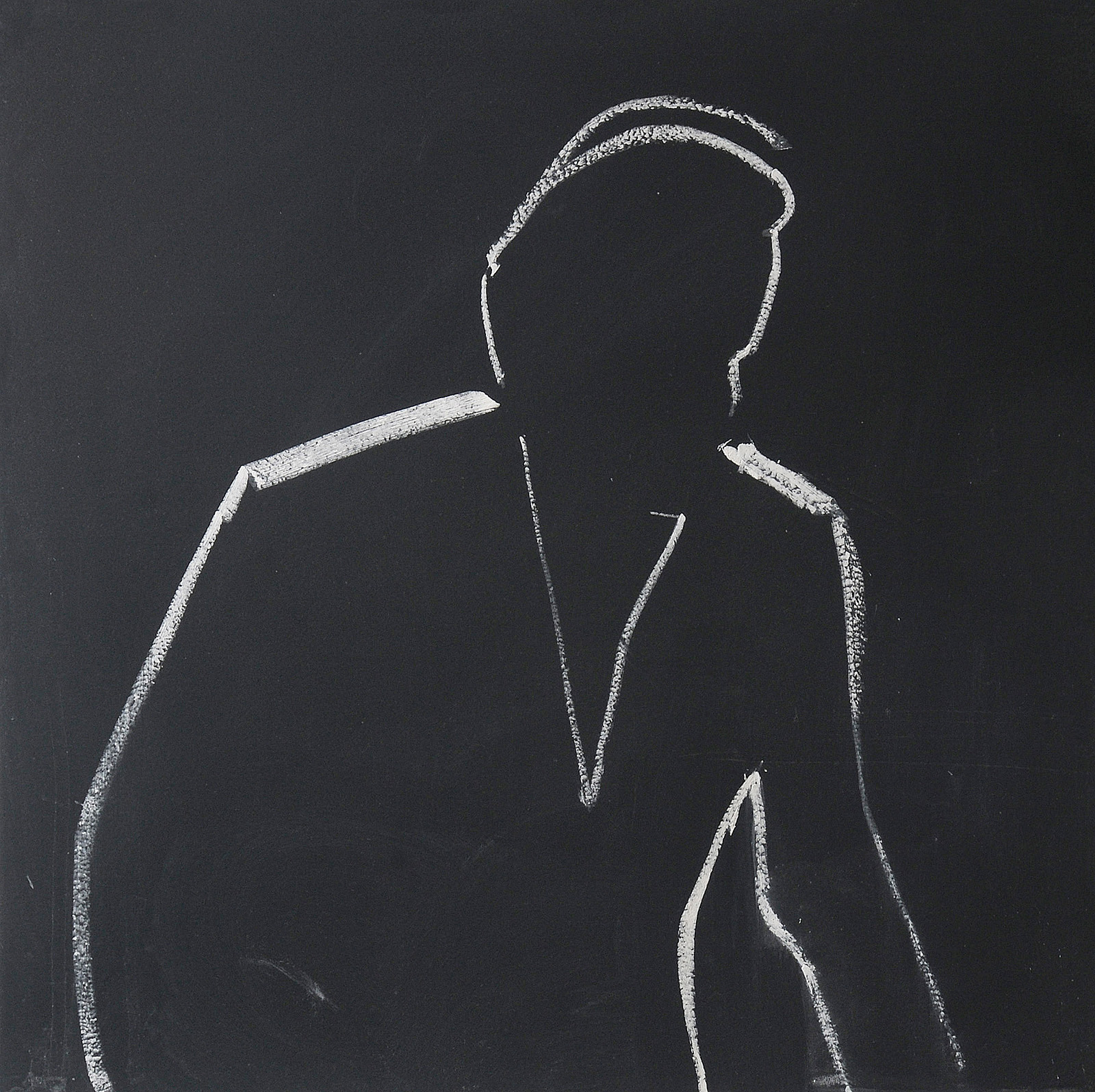 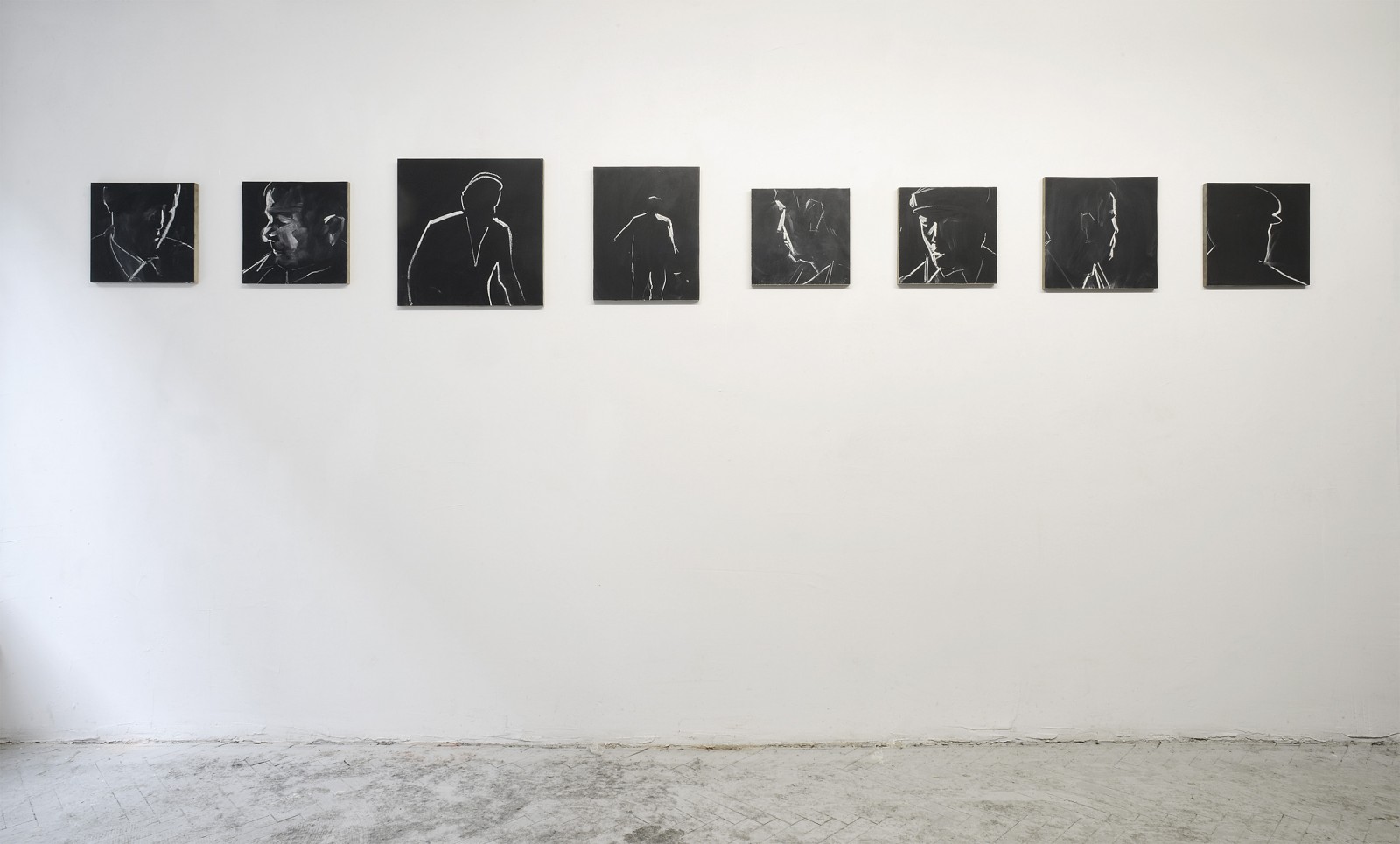 2013
chalk on board, various dimensions

The artist, with his characteristic reticence and precision, constructs paintings using the most basic means - black paint and white chalk. The enigmatic Arsonists of the title pan out within the fire they themselves alight.