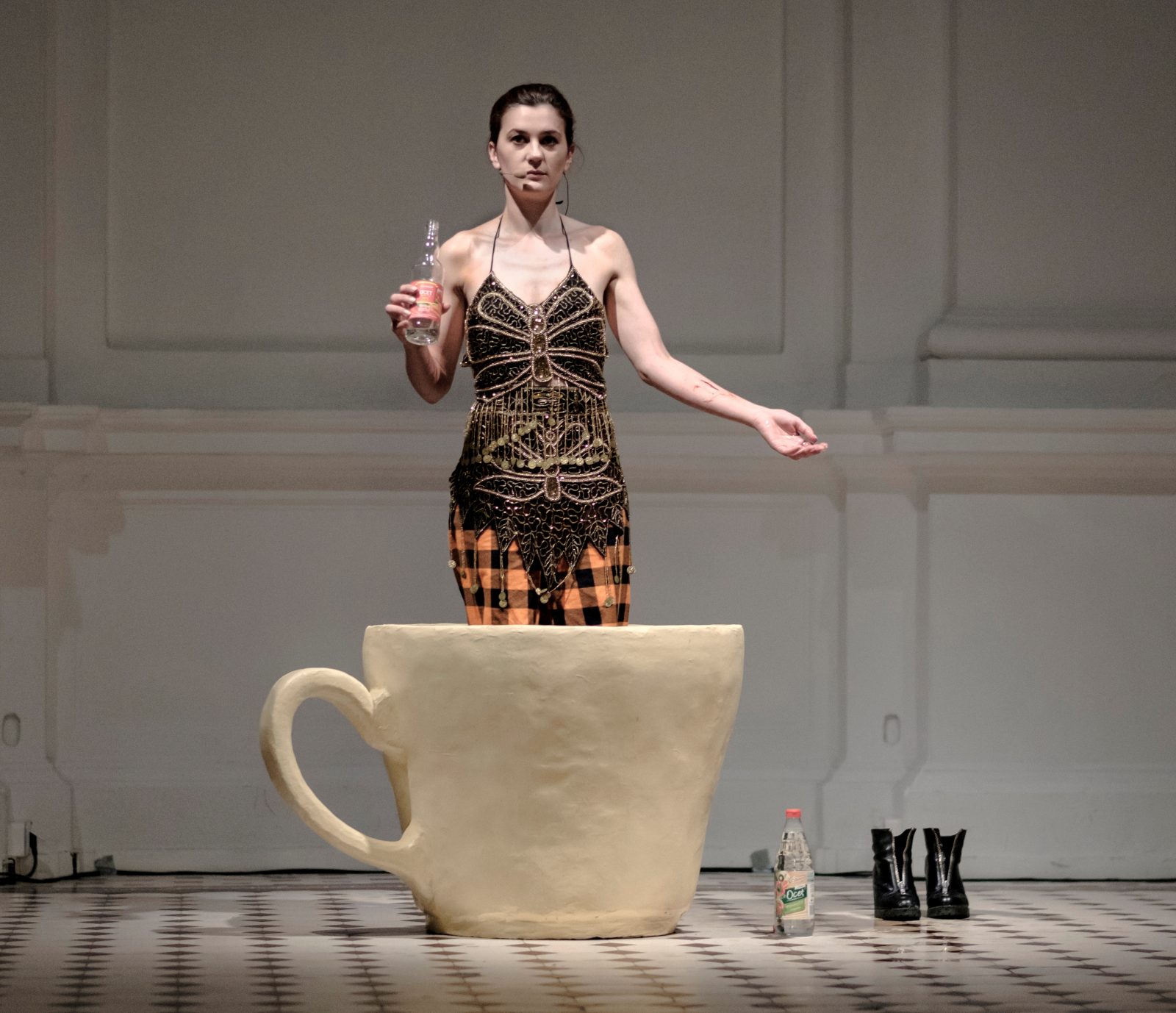 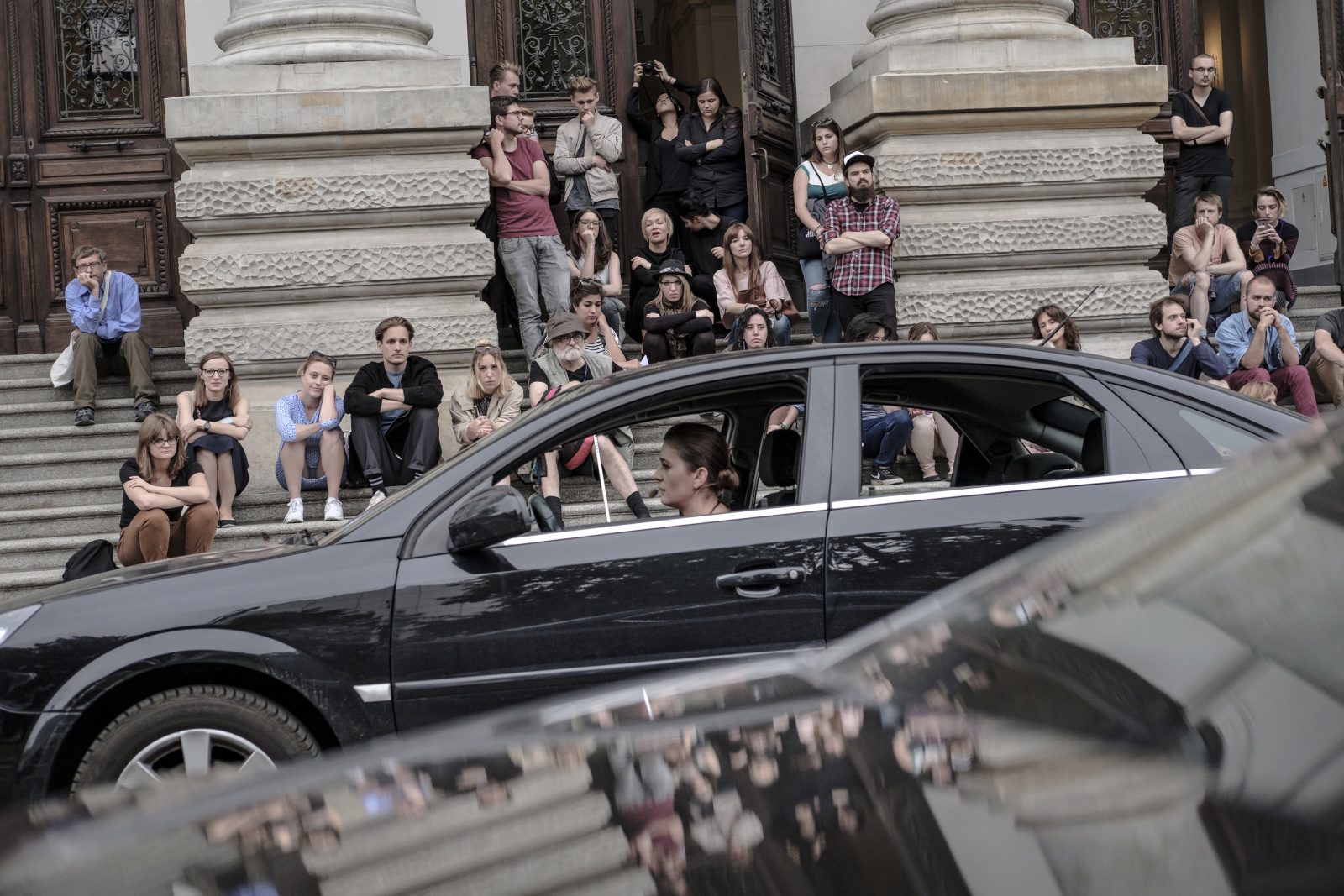 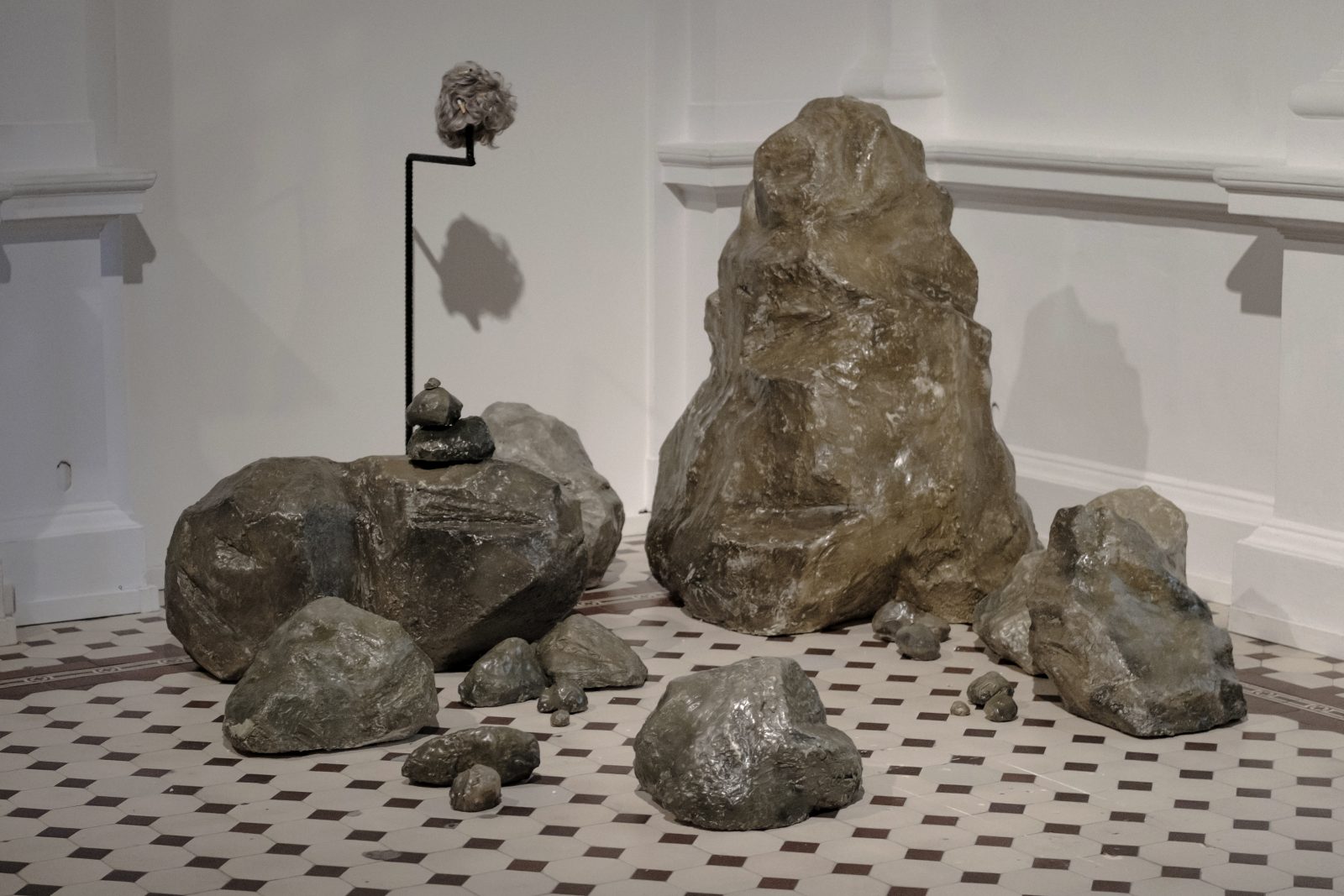 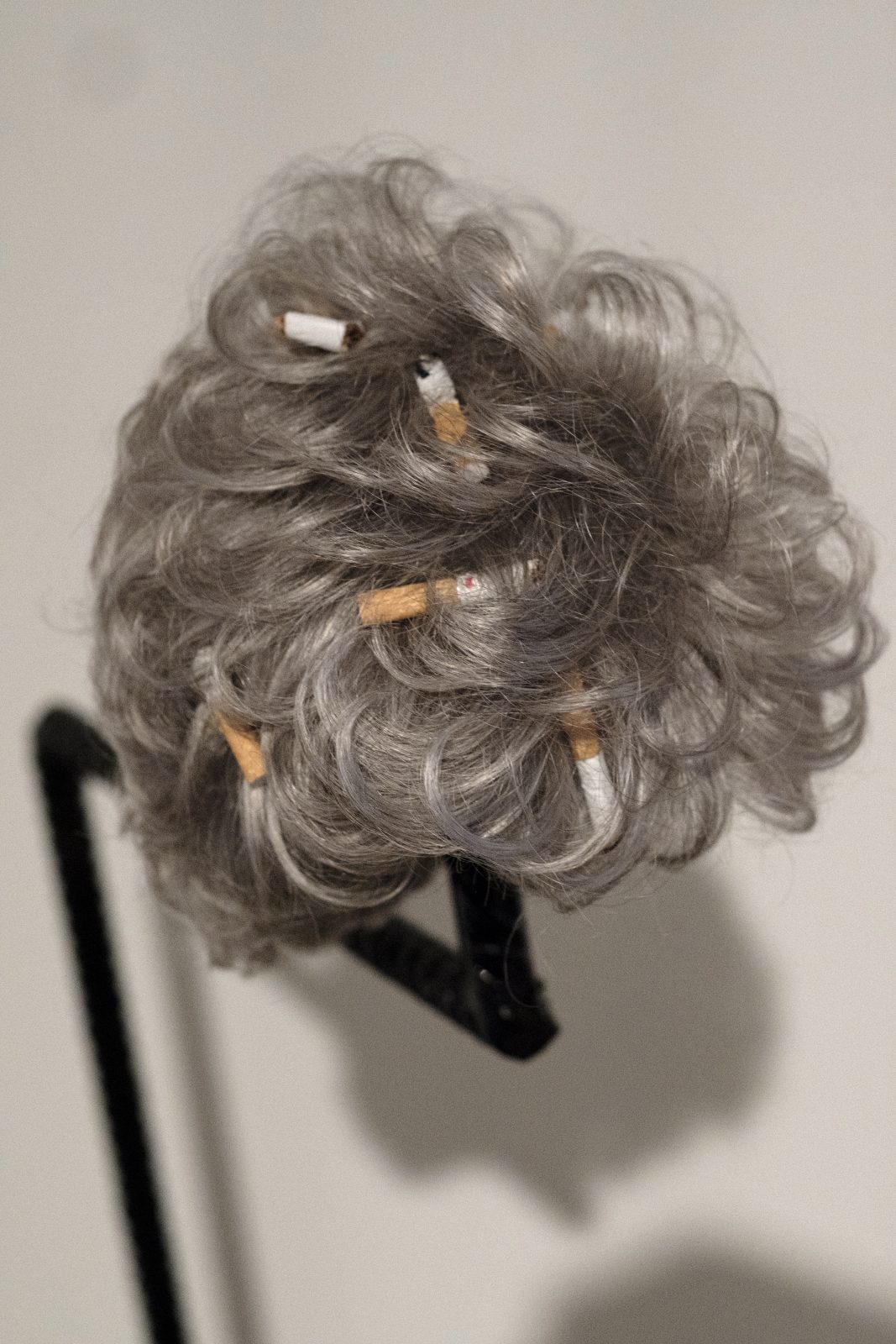 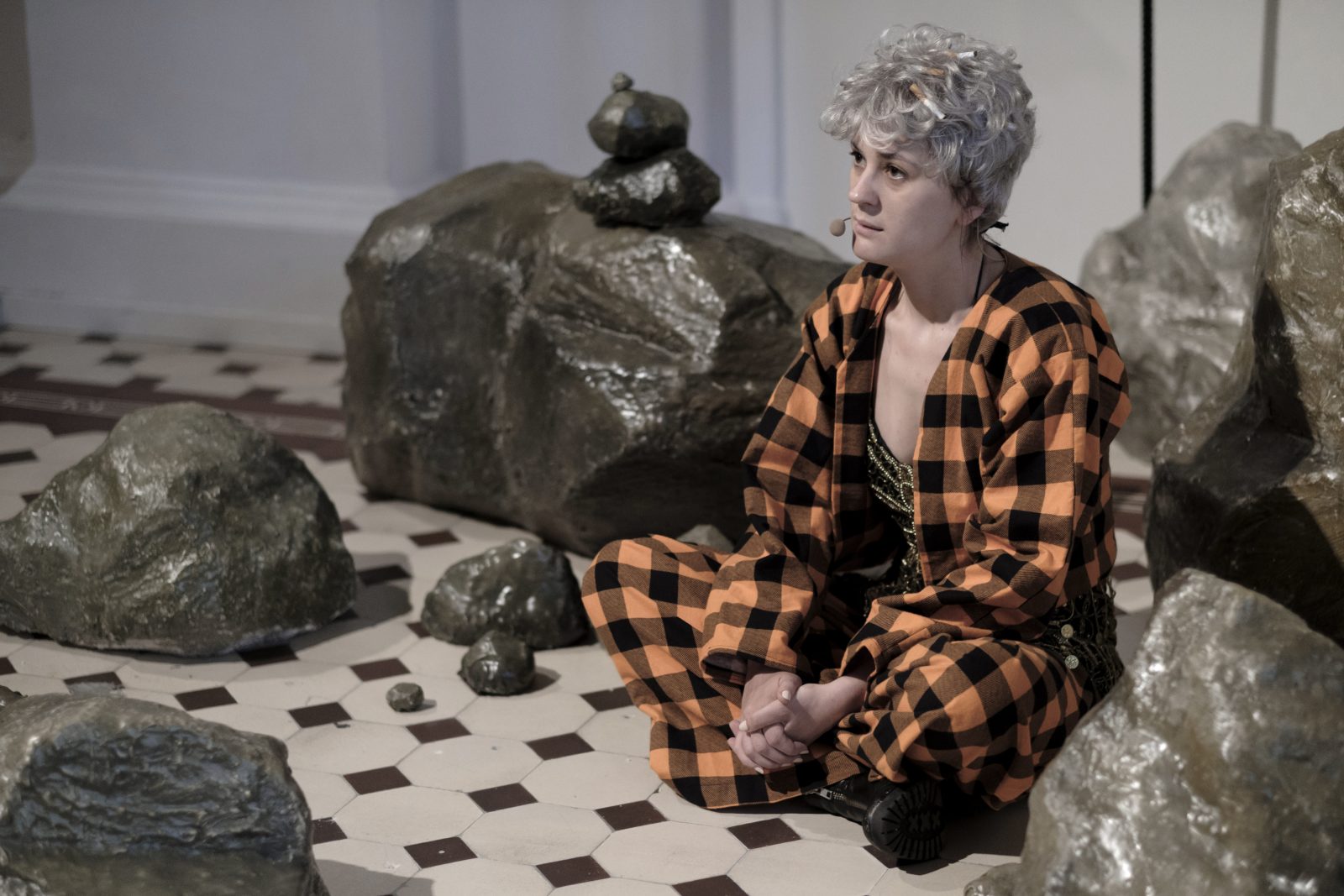 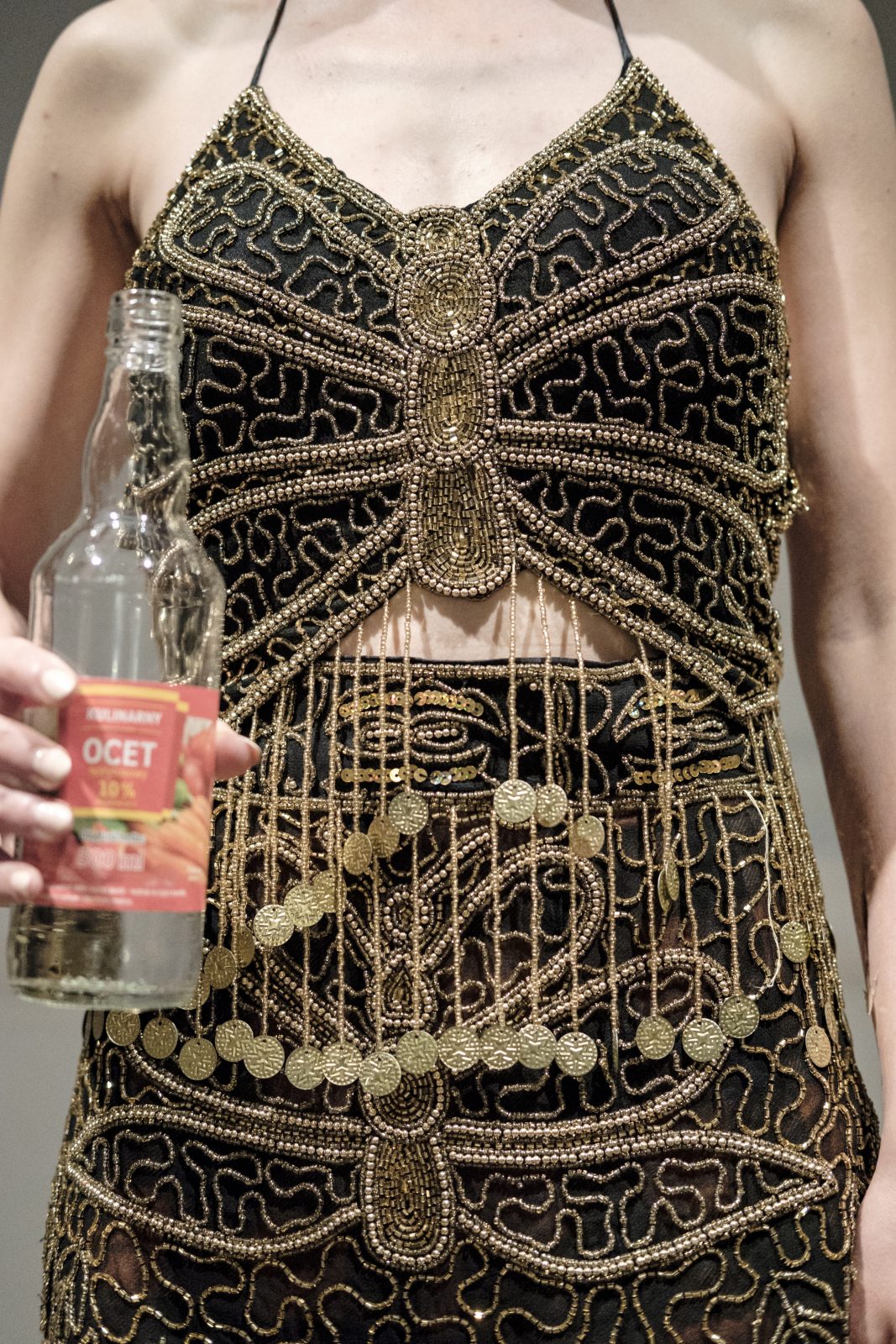 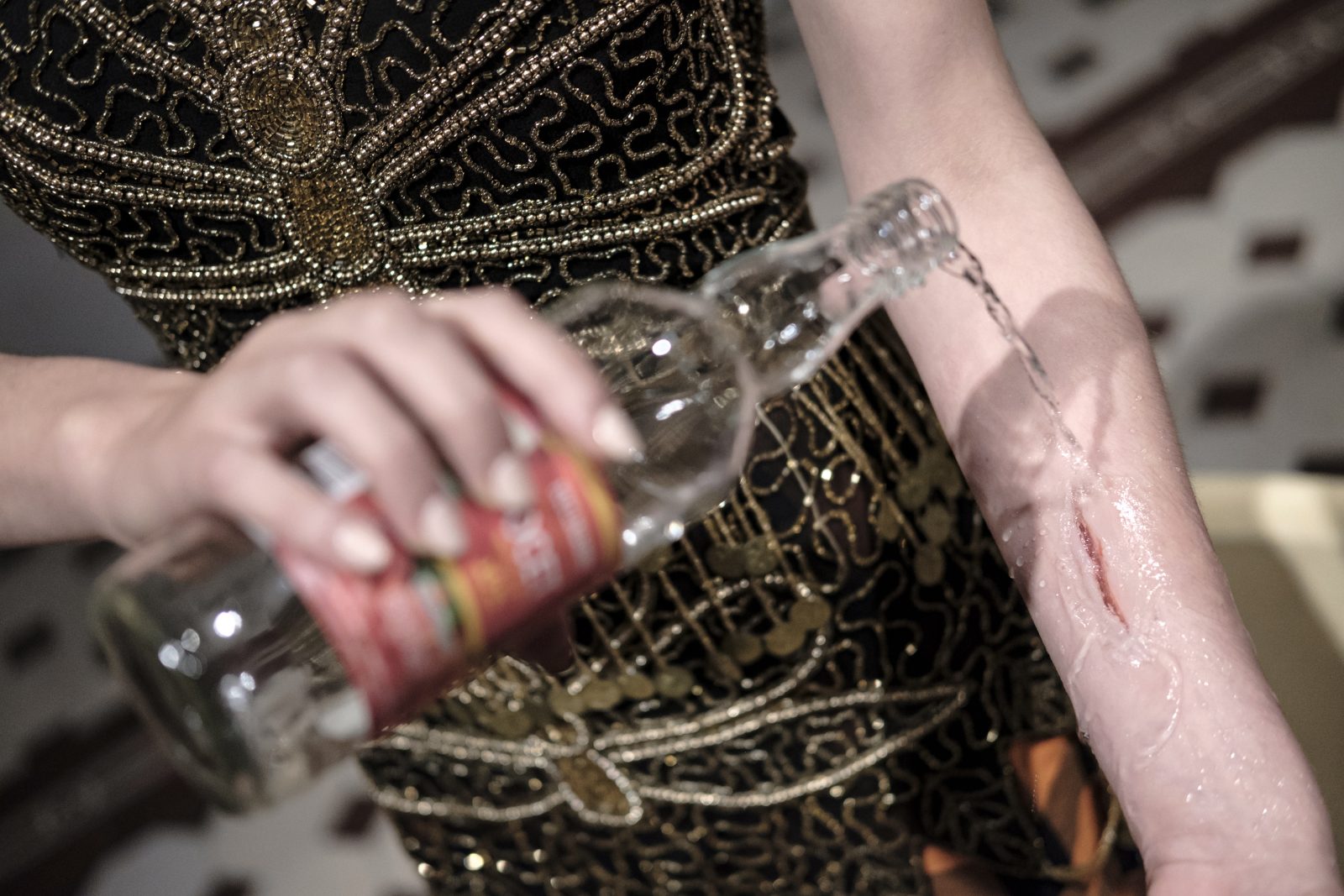 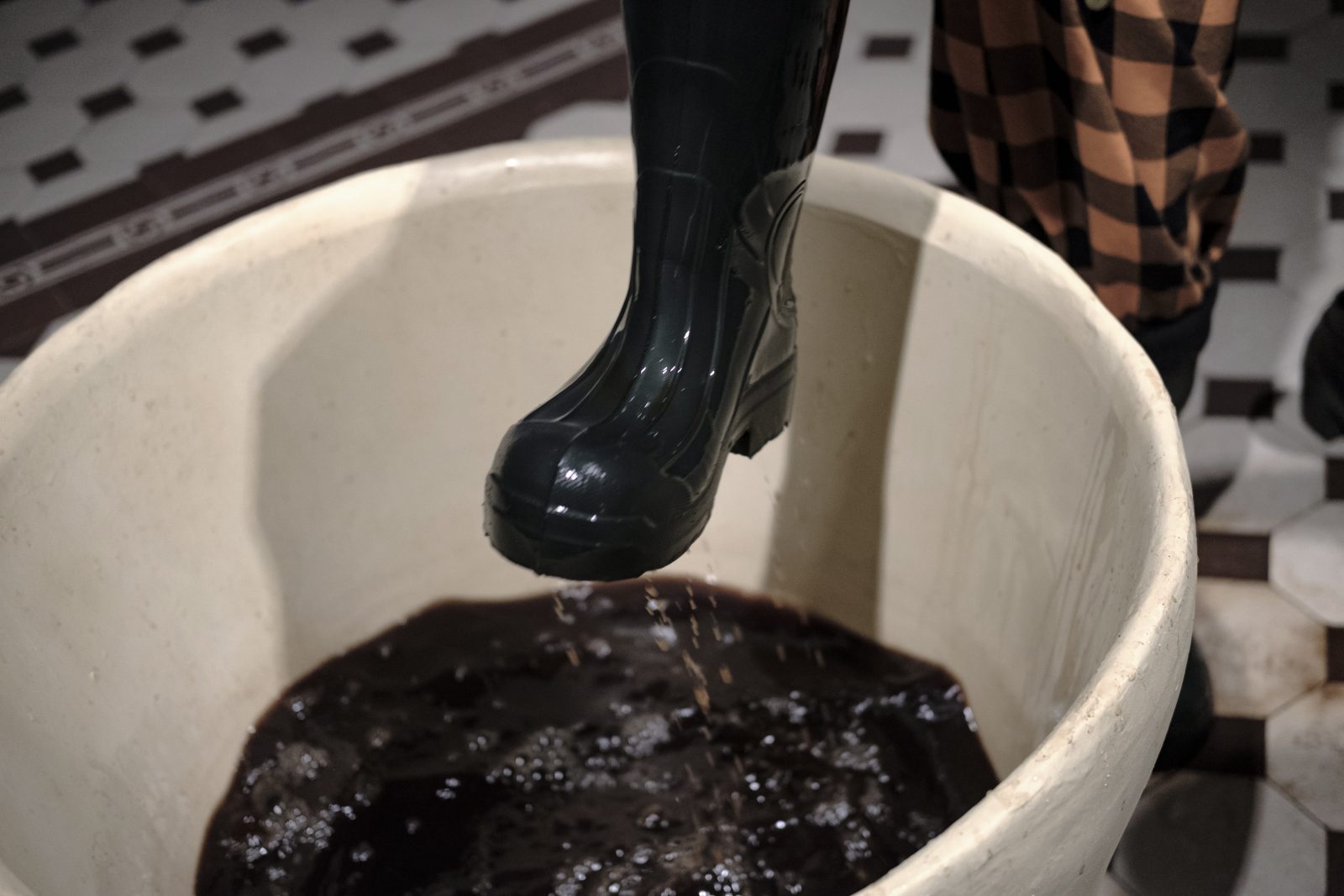 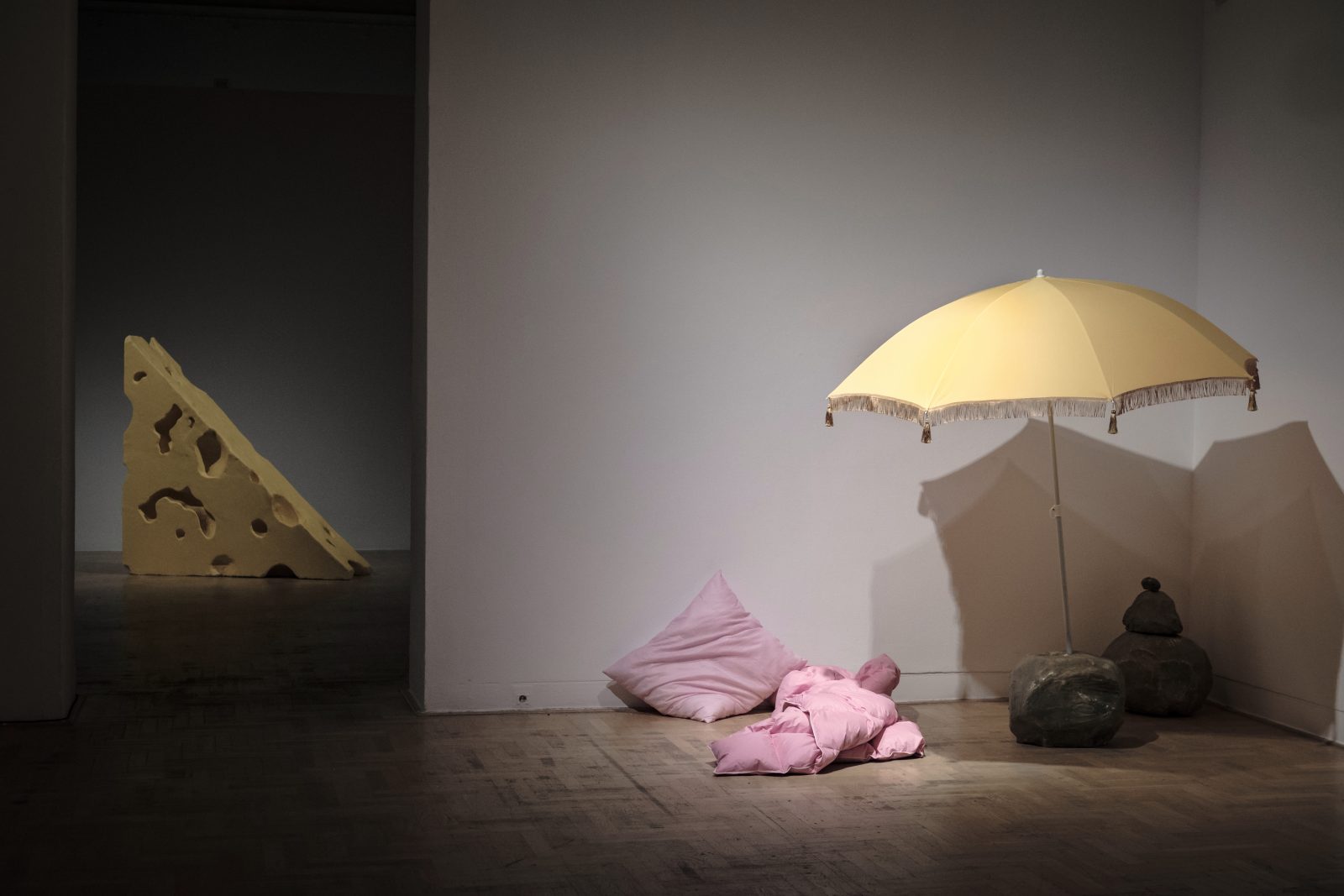 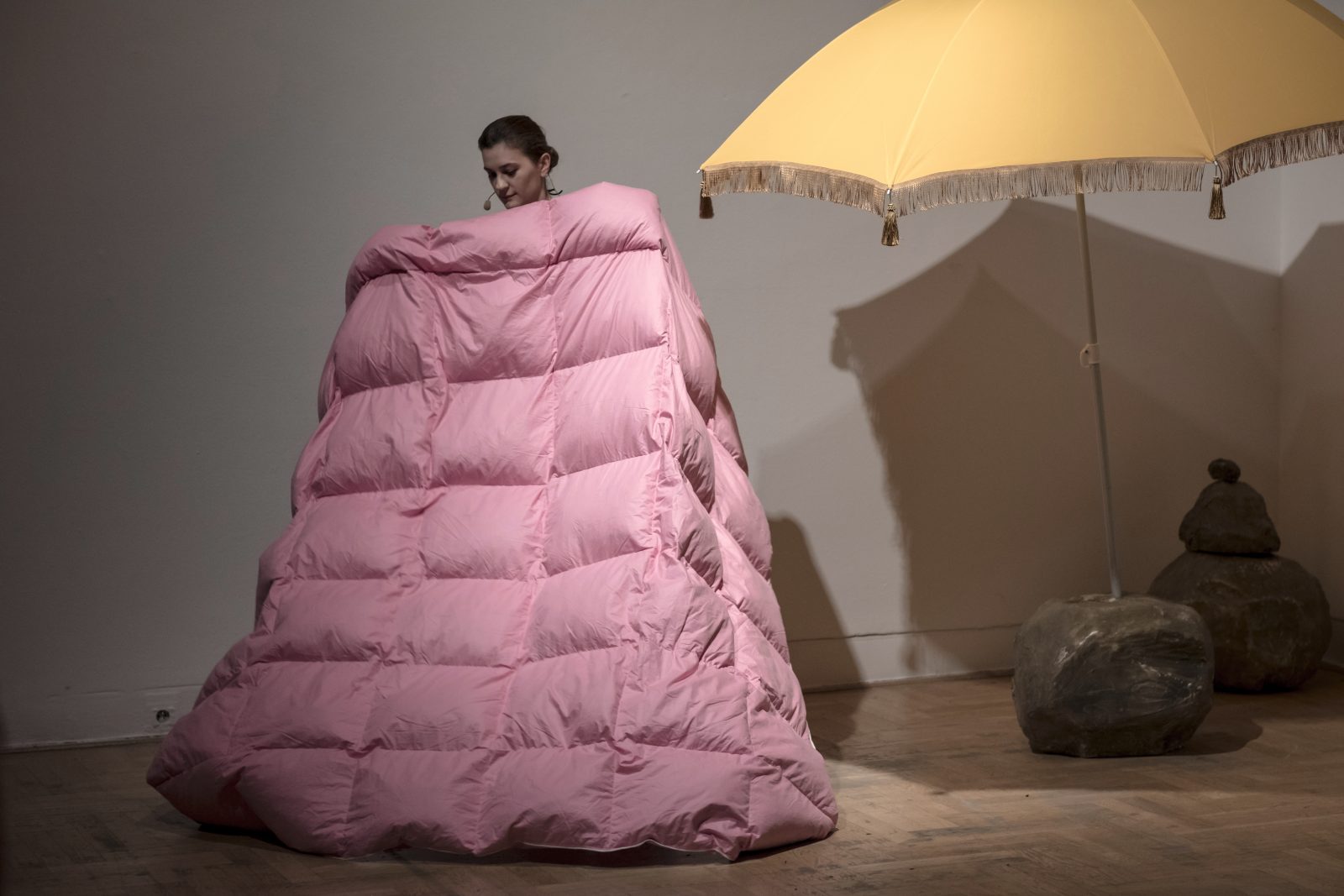 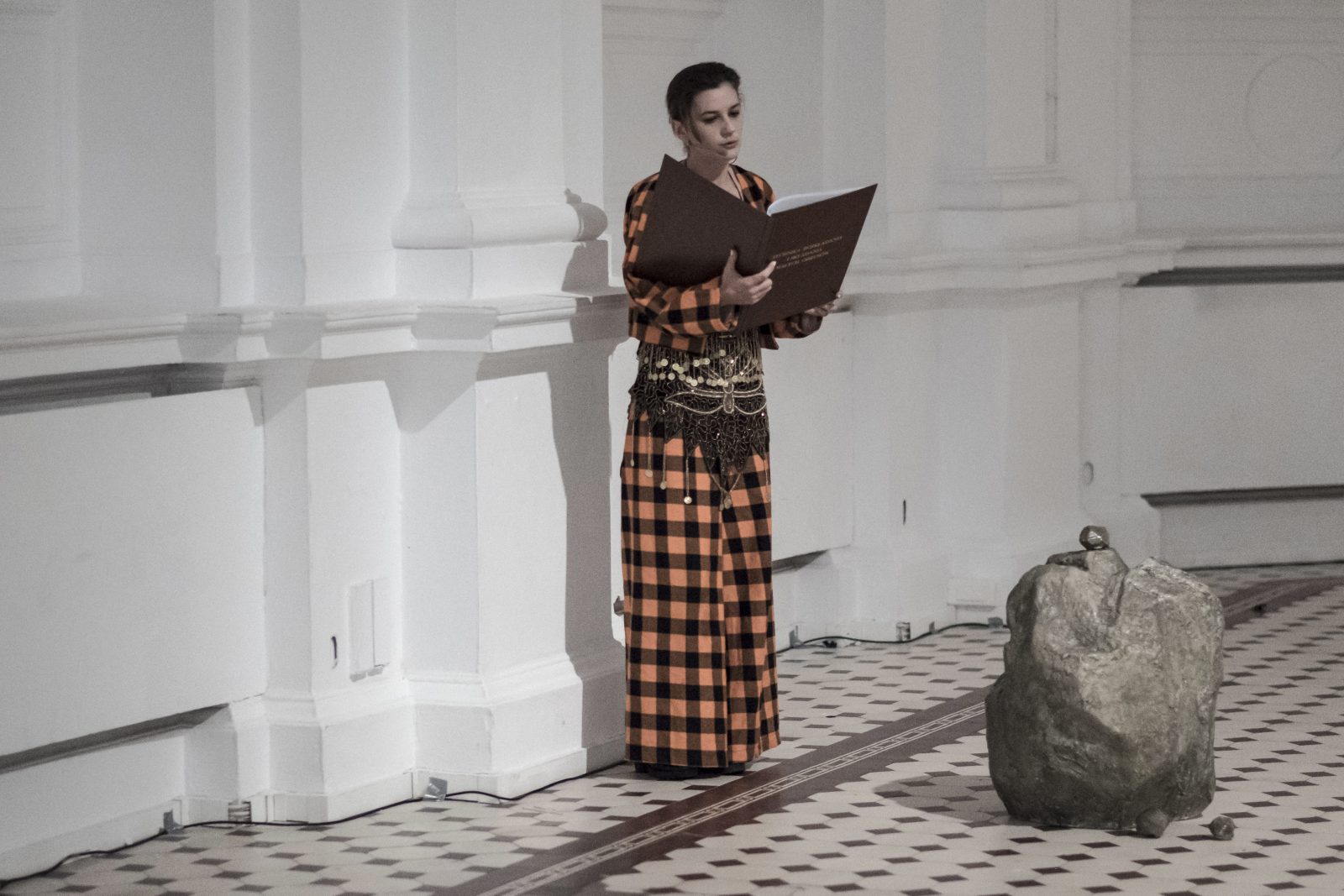 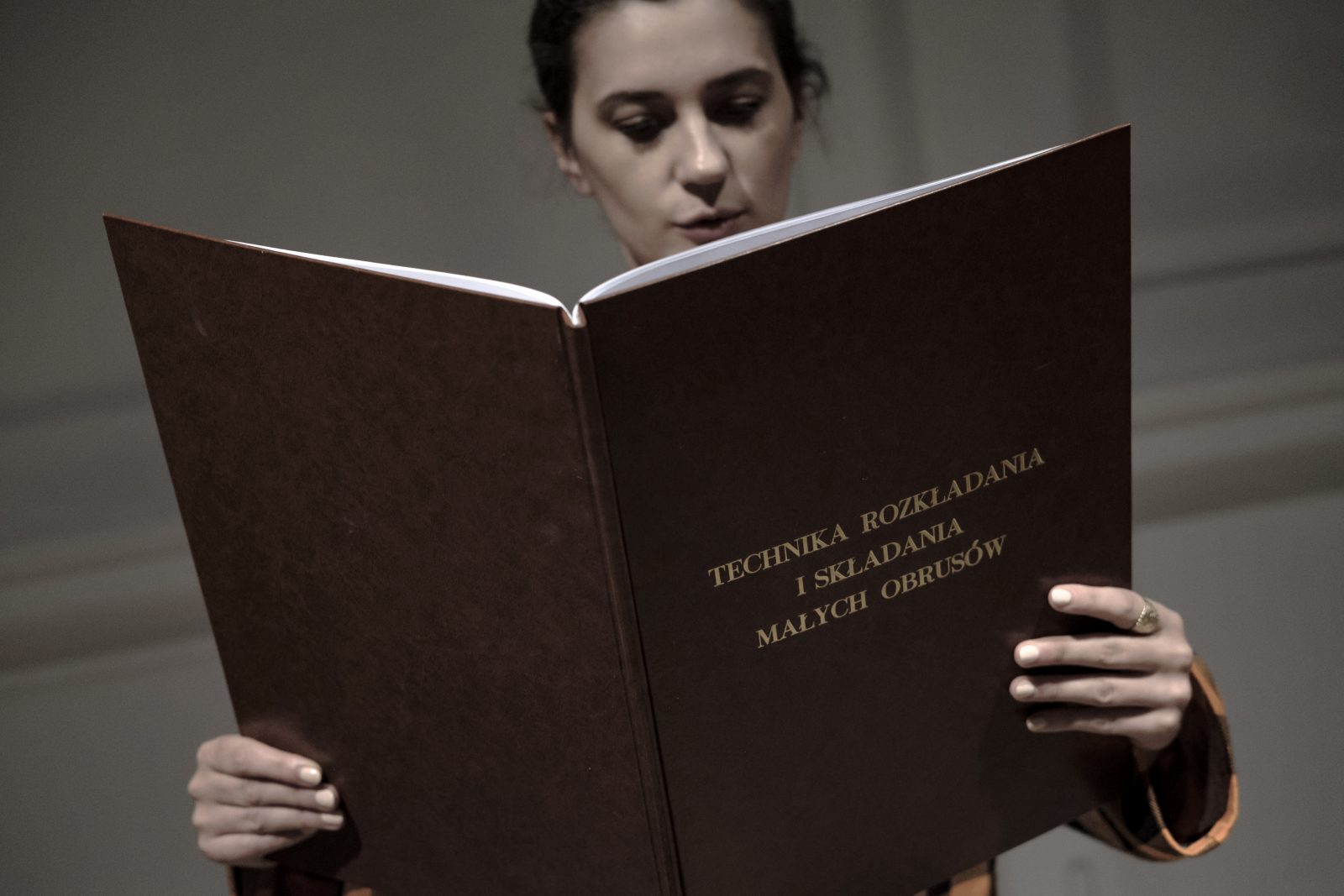 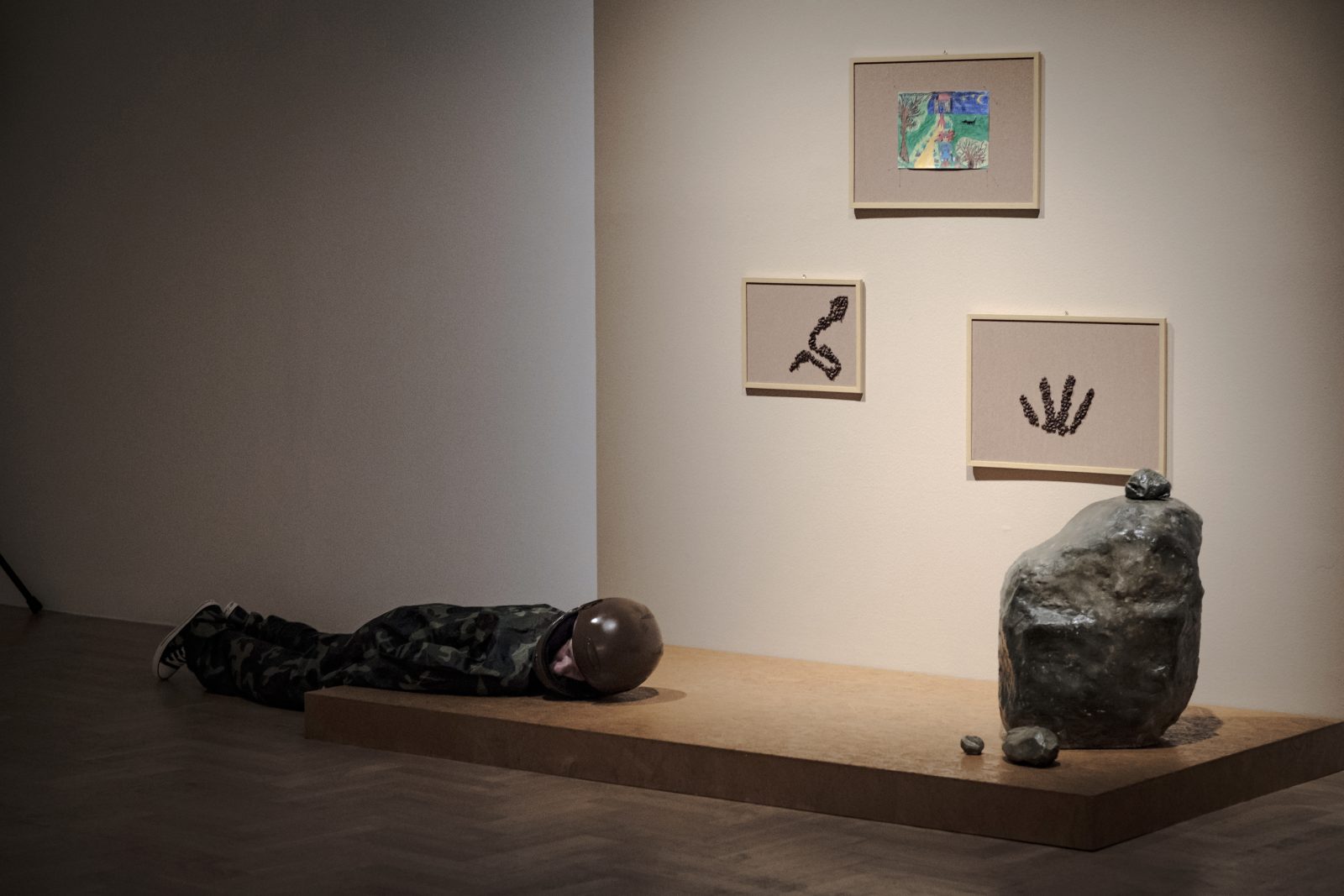 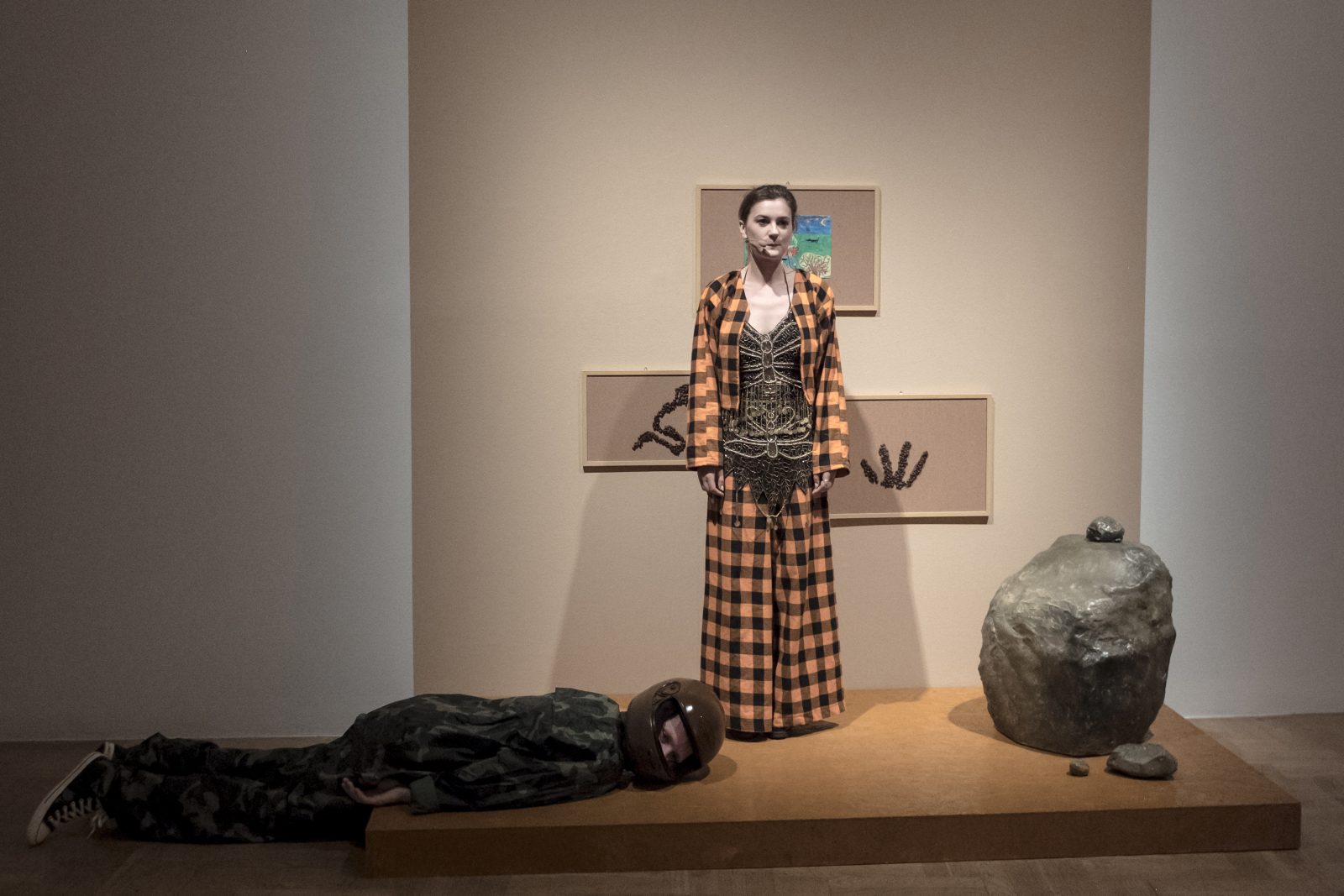 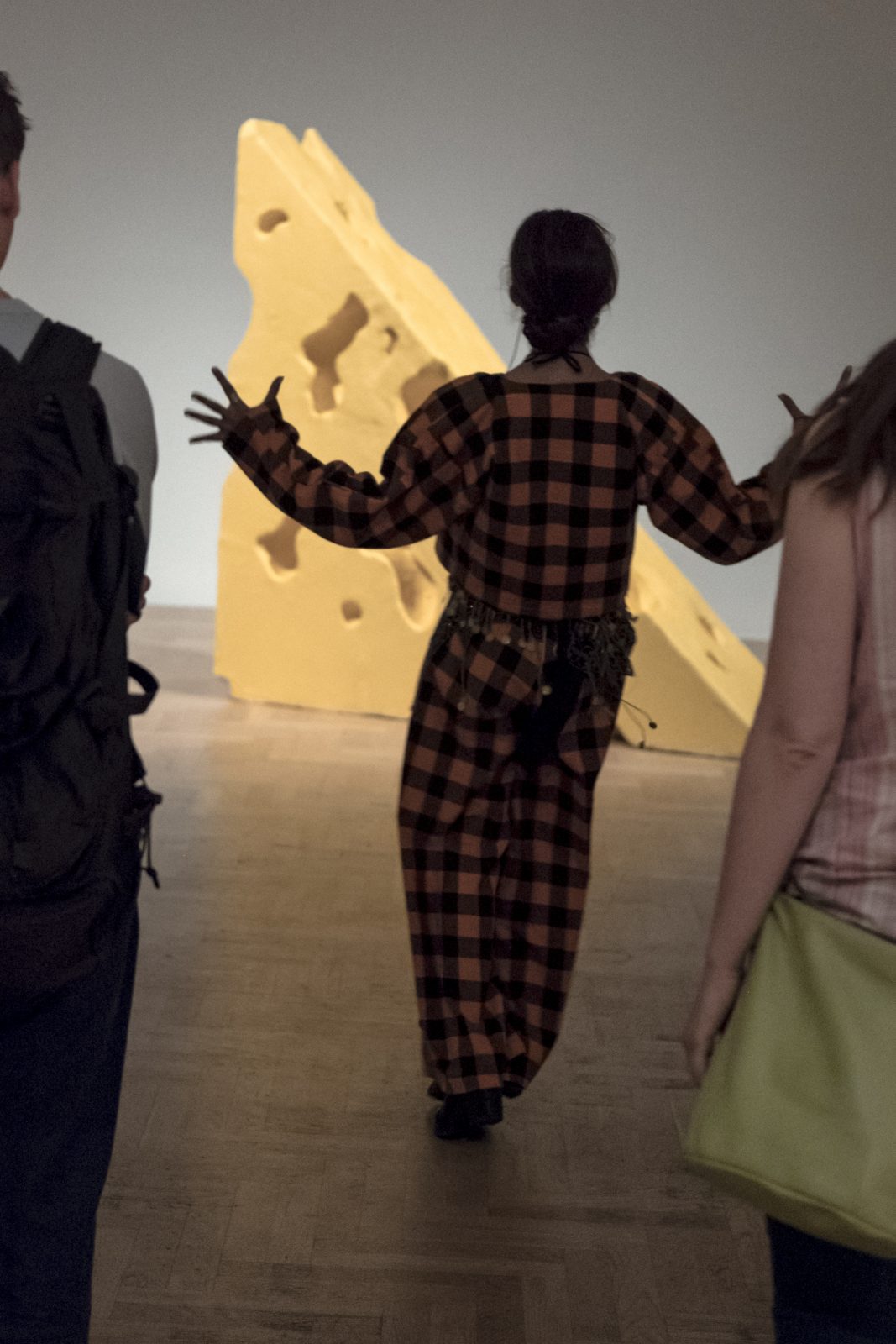 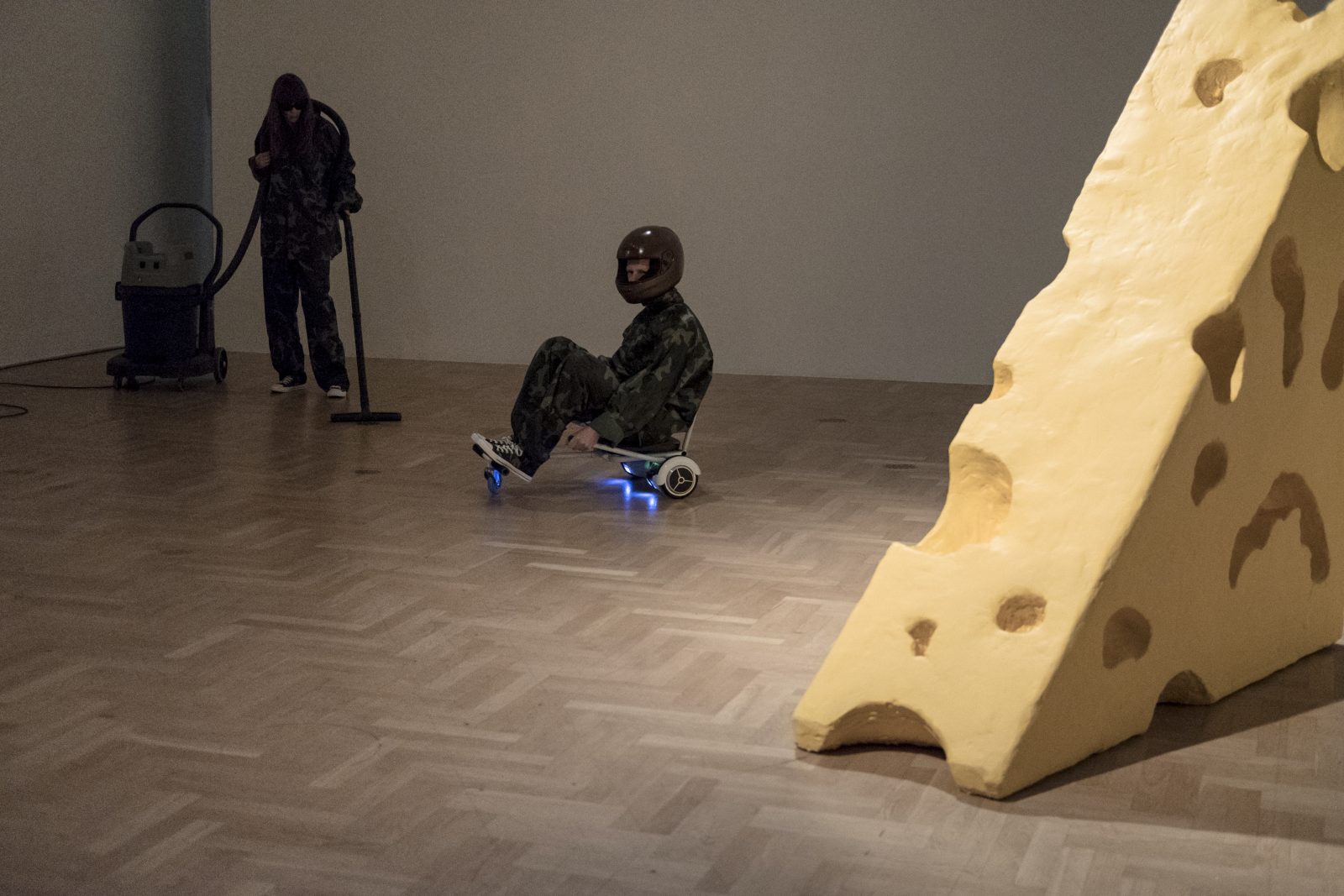 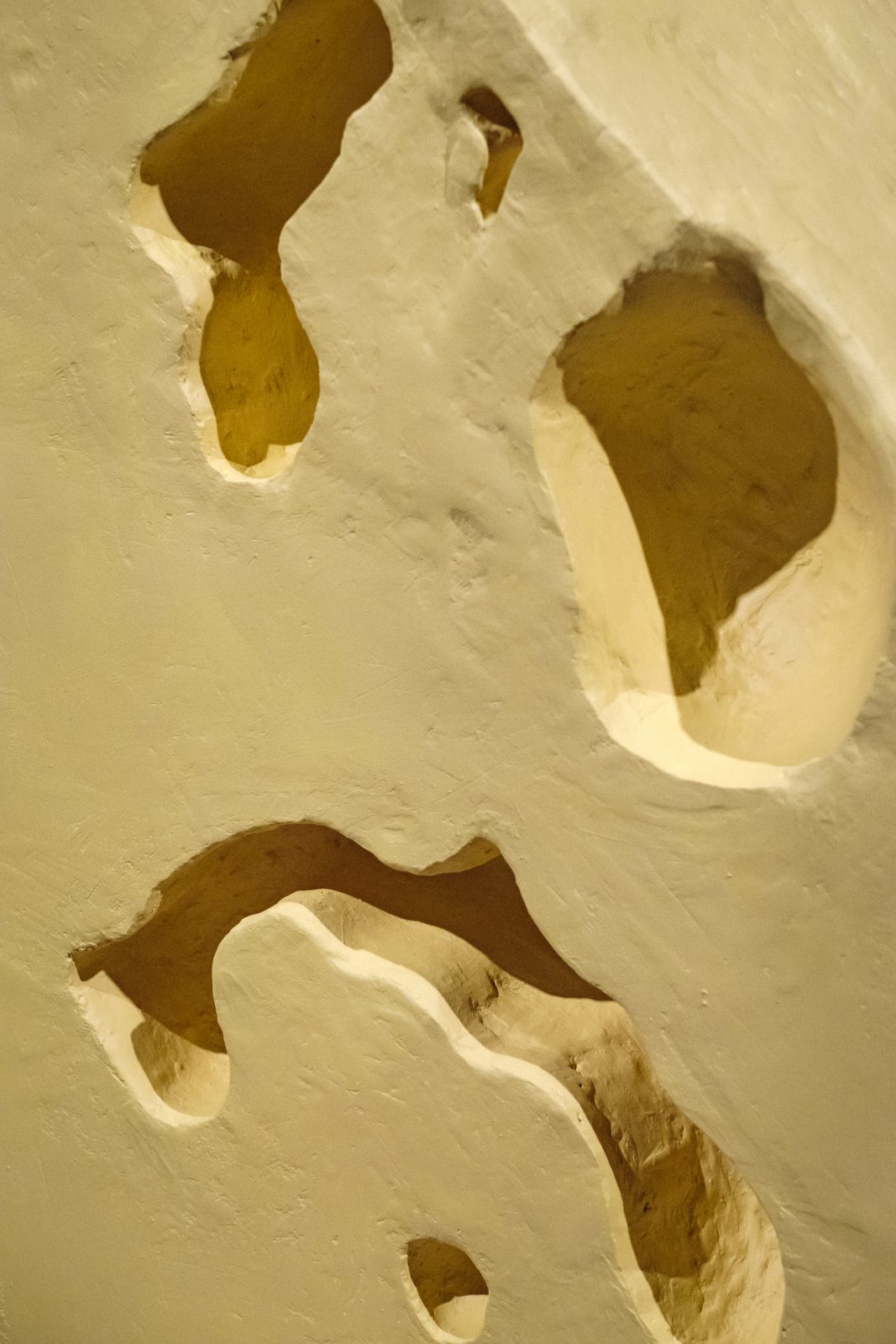 Set: a black car parked in front of the gallery, blasting Chopin’s Funeral March. A corner of the gallery filled with artificial rocks and a grey wig adorned with cigarette butts. A giant coffee-filled cup; a night beach set; a small scene straight from children’s school theatre; and a human-sized piece of swiss cheese. Characters: an actress standing in the coffee cup in wellingtons, pouring vinegar over a wound on her forearm. A mysterious driver of a small four-wheeled cart, a woman monotonously shuffling around a vacuum cleaner. Each one of these micro arrangements is a set for a string of lyrical, oneiric, looped scenes. The topic of sleep and dreams repeatedly comes up in the monologues delivered by the actress. The spectacle symbolically end with the actress reaching the swiss cheese, upon which she gasps and flees the gallery through the back door – only to return moments later and begin the cycle once again.