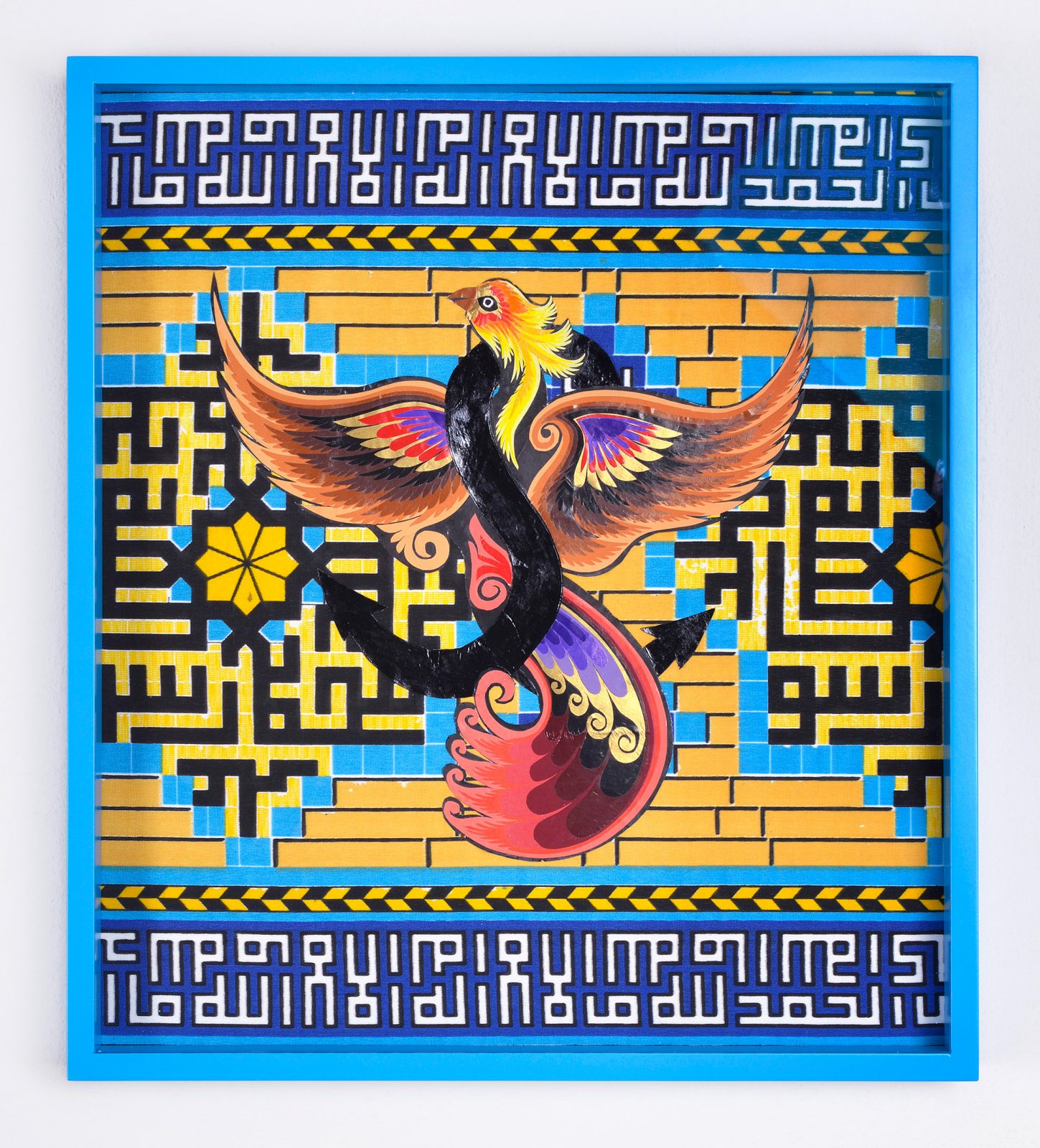 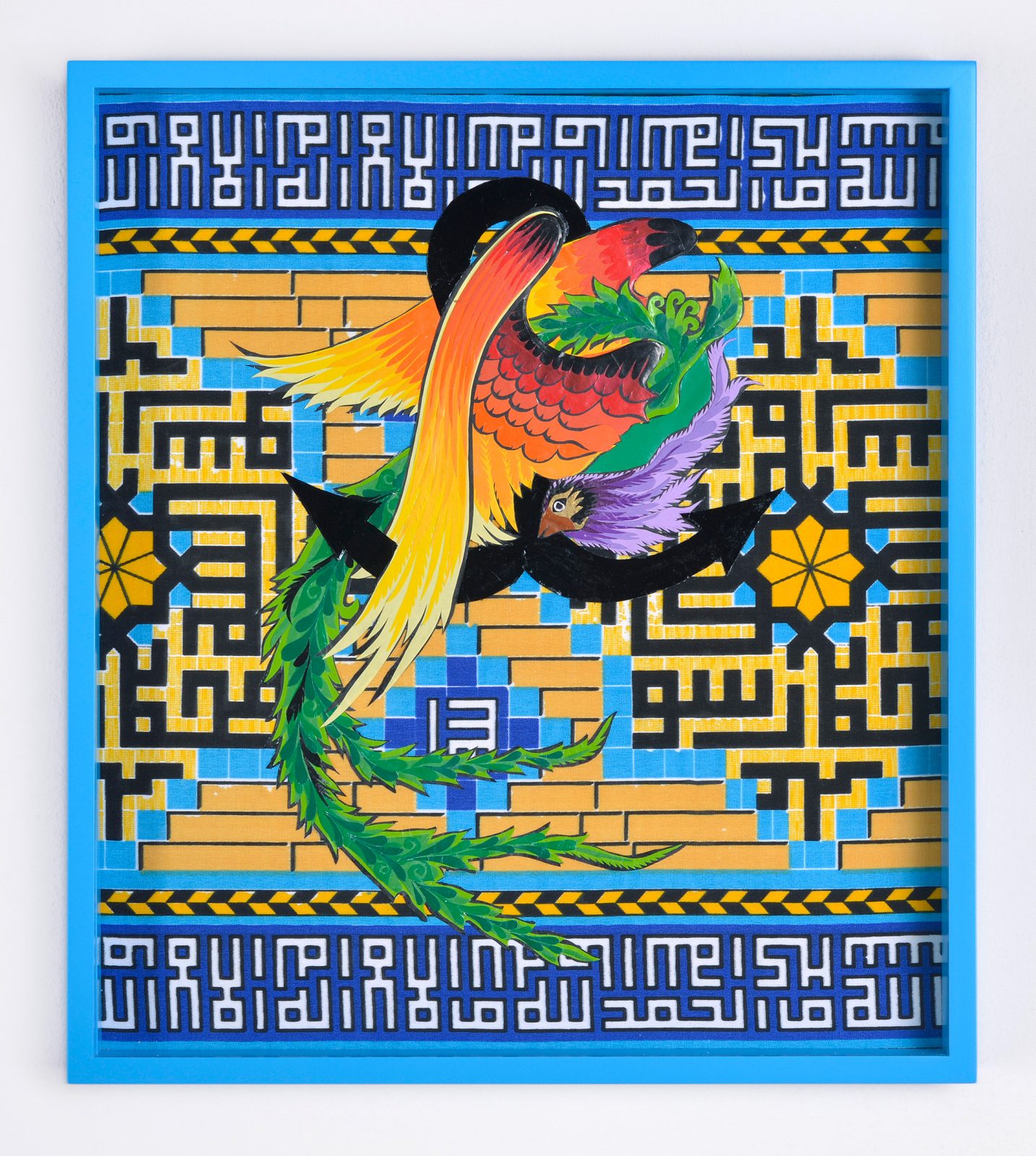 Slavs and Tatars
The Inrising

Just as the anti-communist underground organization Solidarność Walcząca used the royal eagle, banned from official Polish insignia during communist rule, as an act of defiance to martial law, Inrising looks to the simorgh, the mythical Persian bird and Sufi symbol as a sign of solidarity, albeit in a less socio-economic and more mystical understanding of the term. The simorgh figures heavily in literary works such as Ferdowsi’s Shahnameh and Attar’s Conference of the Birds: here the literary trope has been translated into a Polish craft technique of intricate paper cut-outs known as wycinanki.