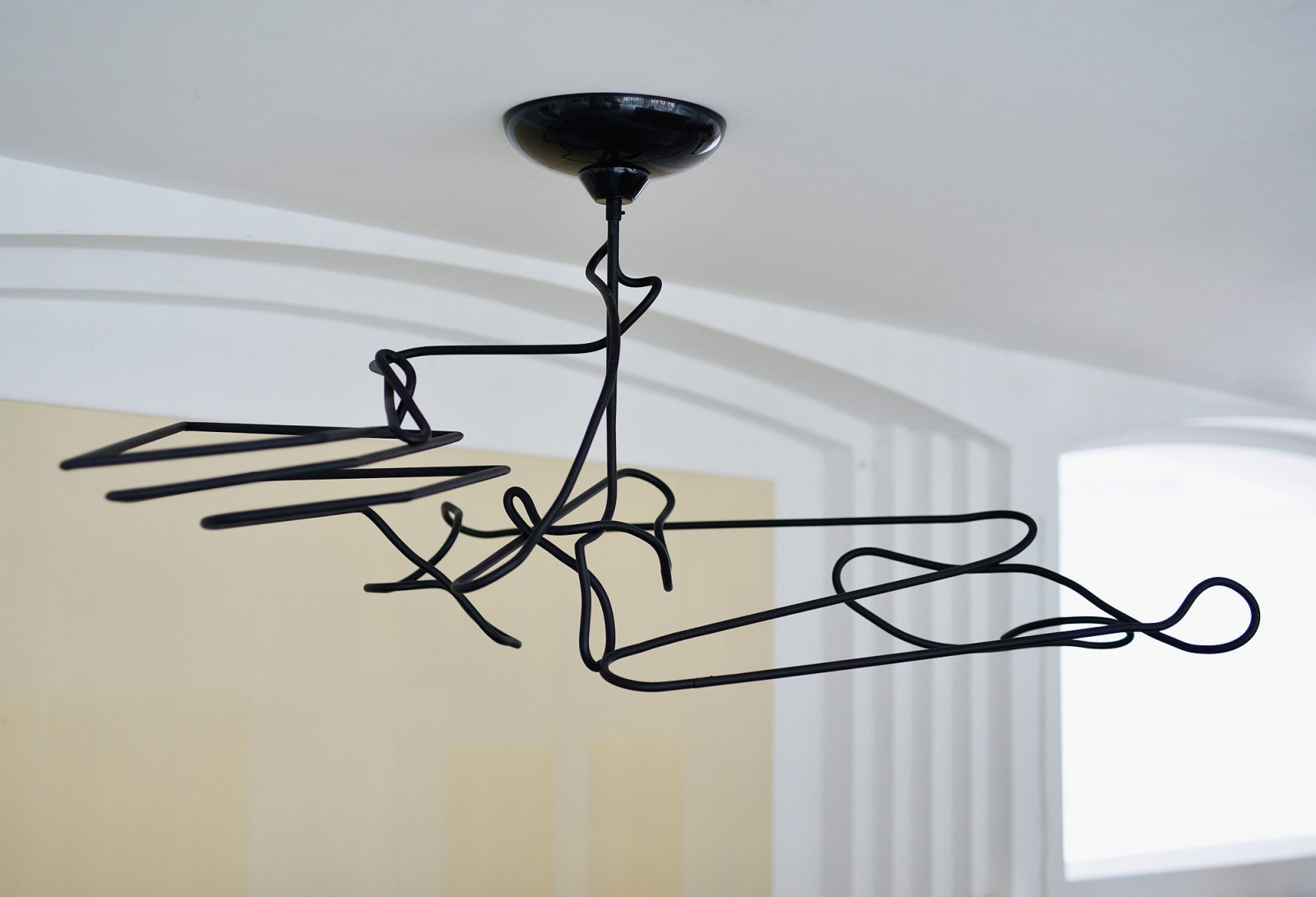 This unique object of pain­ted black steel, attached to the ceiling, evokes a cer­tain state of mind of the artist.

Brzeski recalls the experience thus: “One day I was lying on the mat­tress in my empty, still-​unfurnished apart­ment and observing a fly circ­ling the light bulb. At some point I became hyp­notized by the partly geo­metrical and partly chaotic flight of the fly. You try to untan­gle the emotional state of the insect, but from the human per­spec­tive it seems impenetrable. I sket­ched out a frag­ment of the fly’s itinerary ‘live’ and later conver­ted the sketch into a three-​dimensional object in the form of a chan­delier. I gave weight and value to this observation, because it seemed precious that I could bestow a material form on something so fleeting—to convert a state of boredom into the physical activity of making a sculp­ture, to actually put this boredom to good use. But Bend of Black Thought also alludes to the demoralizing nature of boredom and idleness, when evil thoughts arise and humor is hung up.

Later I read someplace that for a fly, this geo­metrical flight is a mating dance, and the light bulb is the best place to be noticed by a poten­tial part­ner. But that’s still a very human point of view.”