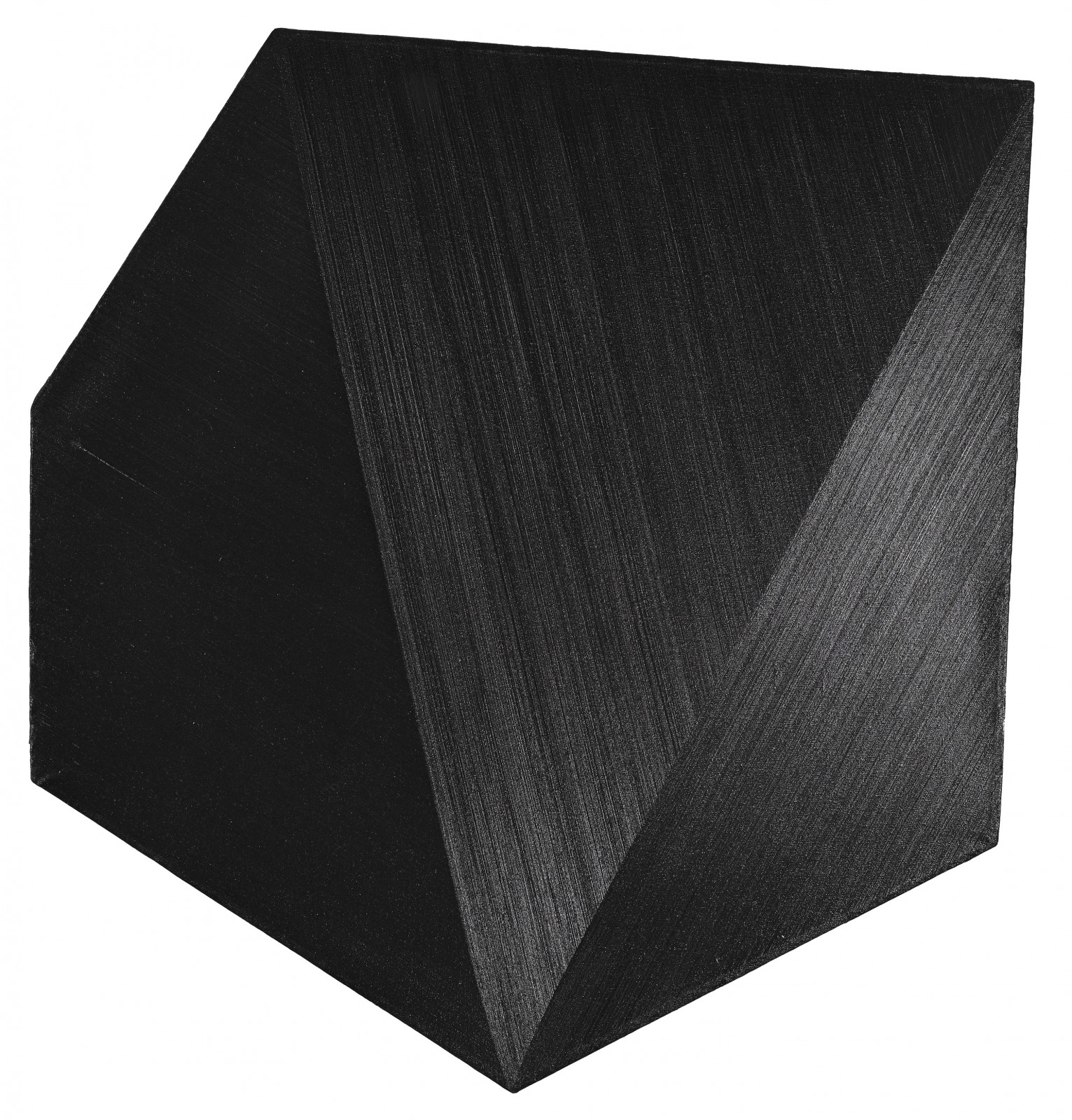 Works from this series were pain­ted with one kind of black oil paint, Winsor&Newton No. 25, which is called Lamp Black. Cen­tral to these monochromatic pic­tures is the shaping of the painting’s sur­face so that, when struck by various kinds of light, fal­ling from dif­ferent angles, of various tem­peratures and inten­sities, the work creates the illusion of being three-​dimensional and mul­ticolored. The pic­tures from Lamp Black series have no “right side up” and can be presen­ted any which way, and thus their chan­ging positions and illumination can generate an endless number of com­positions and colors. The inspiration for the first pic­tures in this large series was the geo­metrical shapes of lumps of coal. The fol­lowing works, which eschewed mimetic associations, focused on breaking through the flat­ness of the pic­ture, ultimately leading Buj­now­ski to paint canvases on irregular, multi-​angle stret­cher bars, which were finally spatially defor­med as well.