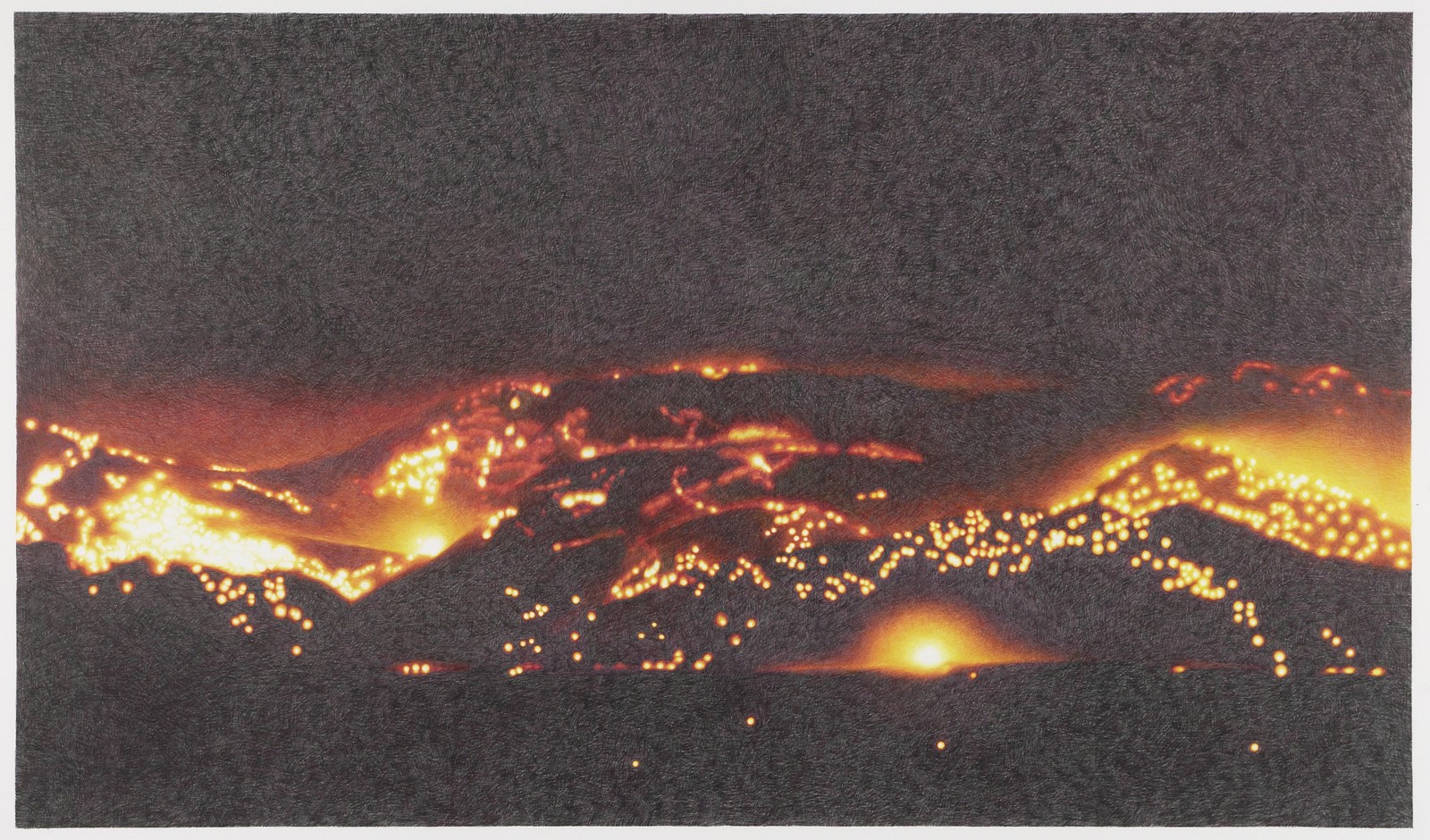 Begin­ning in 1950’s, observing nuc­lear tests con­duc­ted by the U.S. army in the Nevada desert has become one of tourist attrac­tions offered by Las Vegas – a city situated as close as 100 km from the military nuc­lear test ground.

Above all, Elsner is interested in the process of aestheticizing that takes place through photography and mass media. Copying the archive and press photographs, the artist enlar­ges his drawings to a bigger and bigger scale and, using the press mechanisms, inten­sifies the sen­sation and seduces the viewer with the scale of the image – the bigger something is in a new­spaper the more impor­tant it is. Carefully selec­ted stills used by Elsner illustrate the terror of fires and nuc­lear tests as a spec­tacular, not traumatic, value. At the same time however, the artist raises the very same question, that of respon­sibility for manipulating the image, in the realm of art. Is it not art that has served, and often serves, as a tool for aestheticizing the world?