Mem­bers of the Azorro super-​group have appeared as extras in the film ‘Karol: A Man Who Became Pope’ (co-​produced by Poland, France, Italy, Canada, Ger­many, 2005) – a fic­tionalized biography of Karol Woj­tyla. They appear on the screen not only in the back­ground, we see them in four dif­ferent per­sonifications: as priests, profes­sors of the Jagiel­lonian Univer­sity, Nazis and Jews.
The project – apart from the original 3-hour-long film – con­sists of a design for an adver­tising poster made by Azorro and a series of photos taken on the set showing group mem­bers in the out­fits suitable to the roles played by them.

The par­ticipation of Azorro in the making of ‘Karol: A Man Who Became Pope’ is the realization of a popular dream to appear in the movies and, at the same time, a reflec­tion on the expres­sive quality of the film charac­terization and the roles ascribed to people by History. Only an extra can change roles so easily – be a victim once only to become the tor­men­ter. This straight­for­ward remark proves true not only in the movies, and the whole project turns out to be a reflec­tion on how dif­ferent (film, historical and artistic) realities inter­min­gle and the conven­tional charac­ter of cen­tral and peripheral matters. 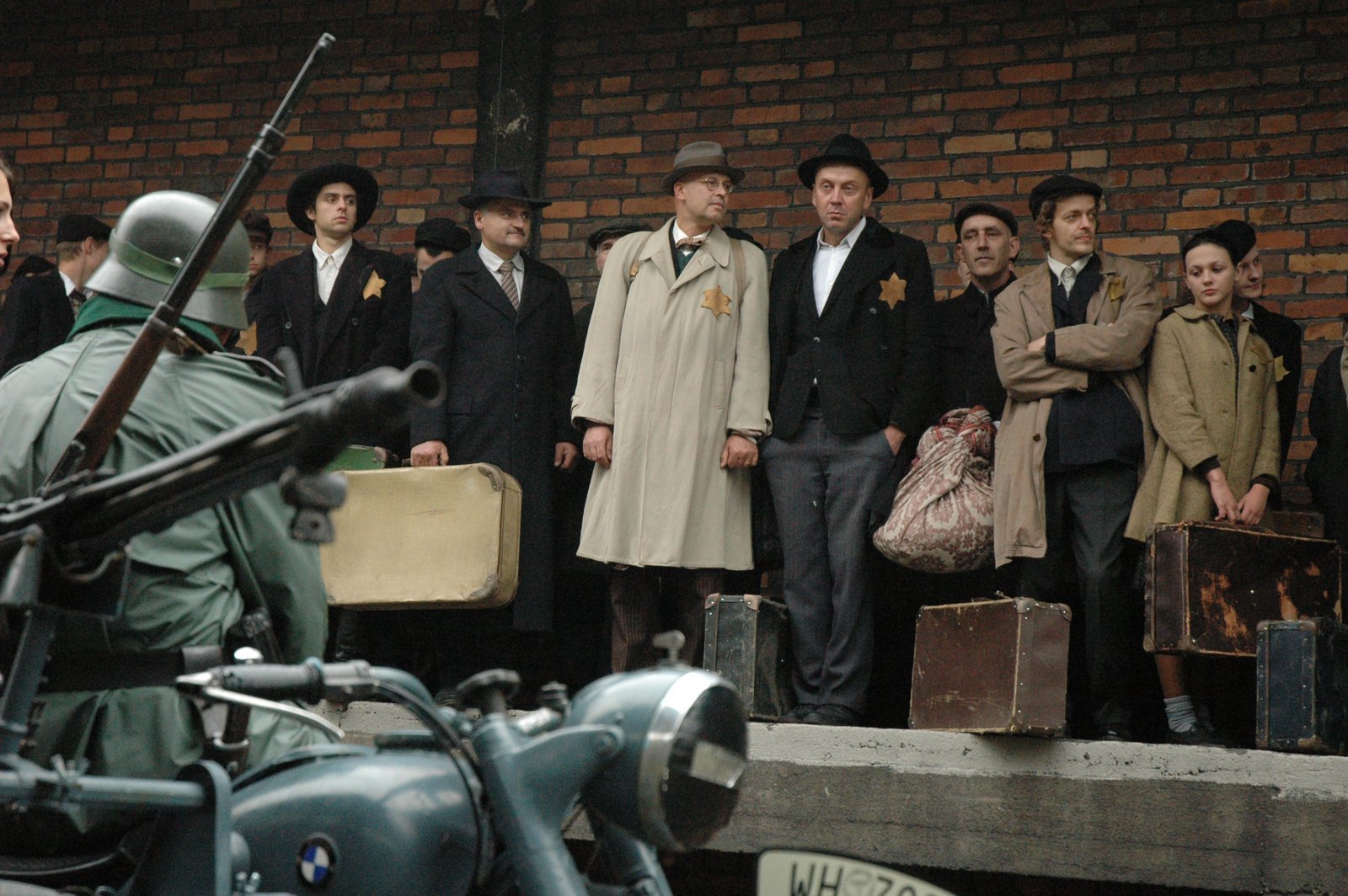 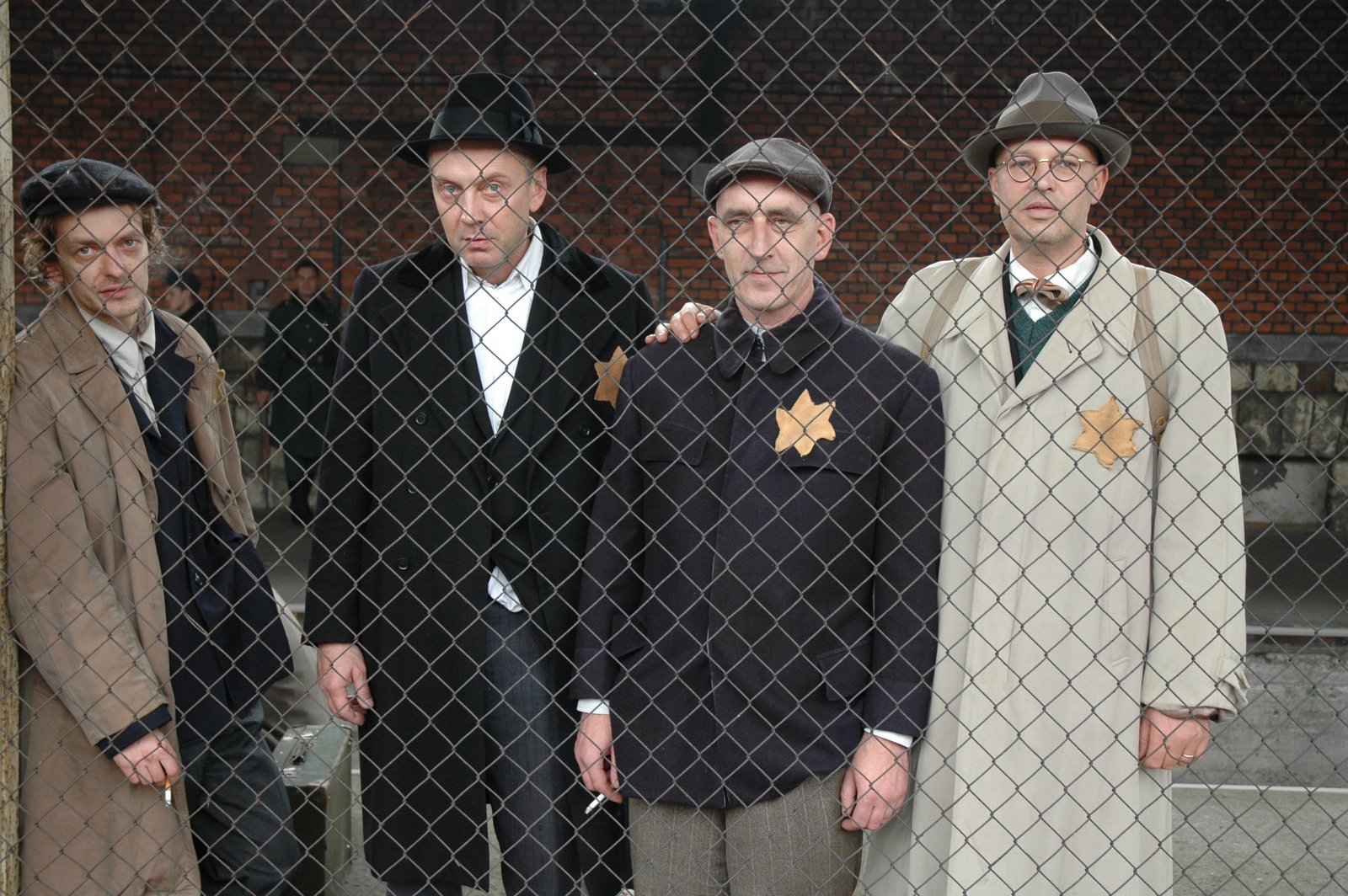 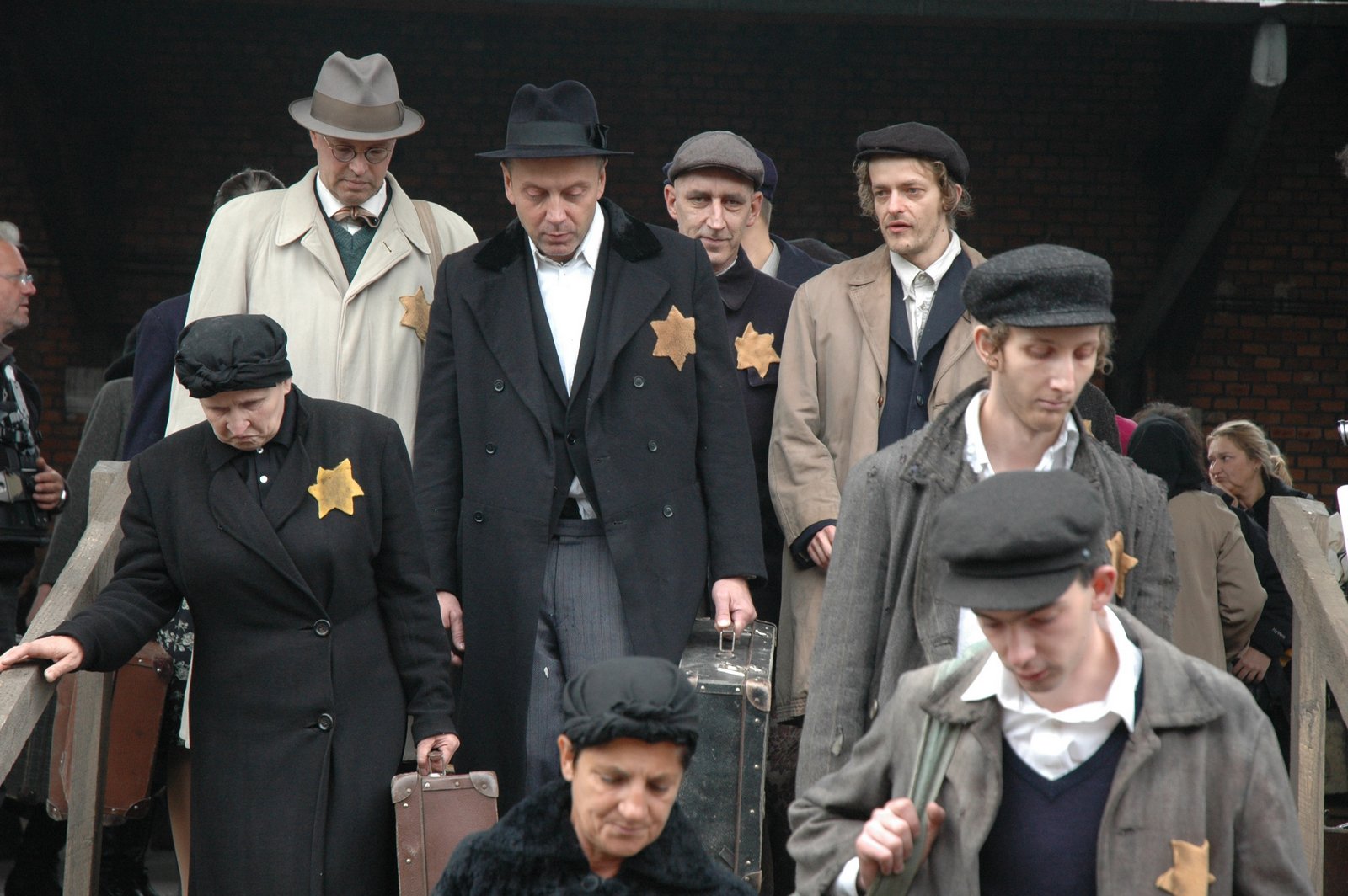 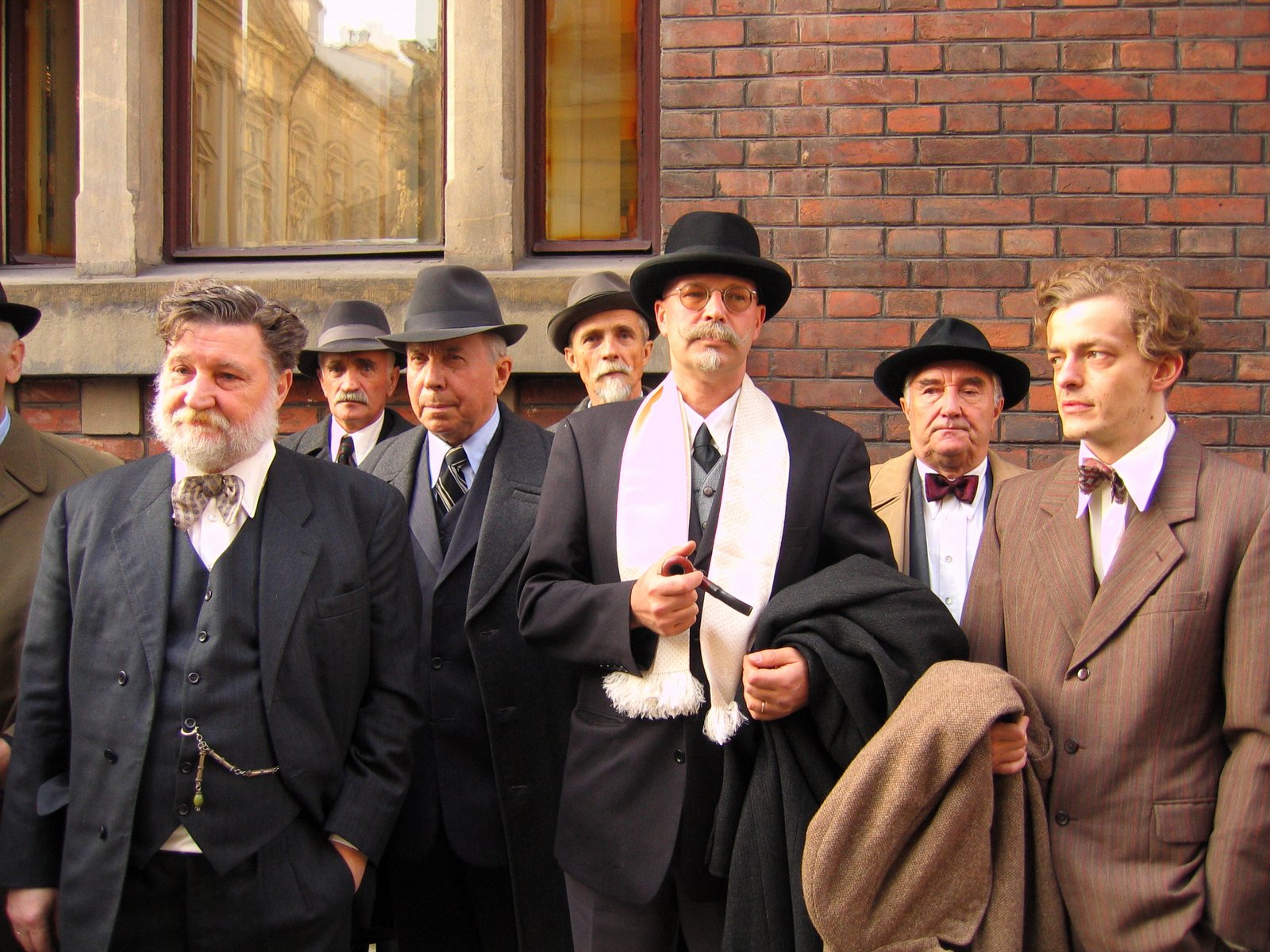 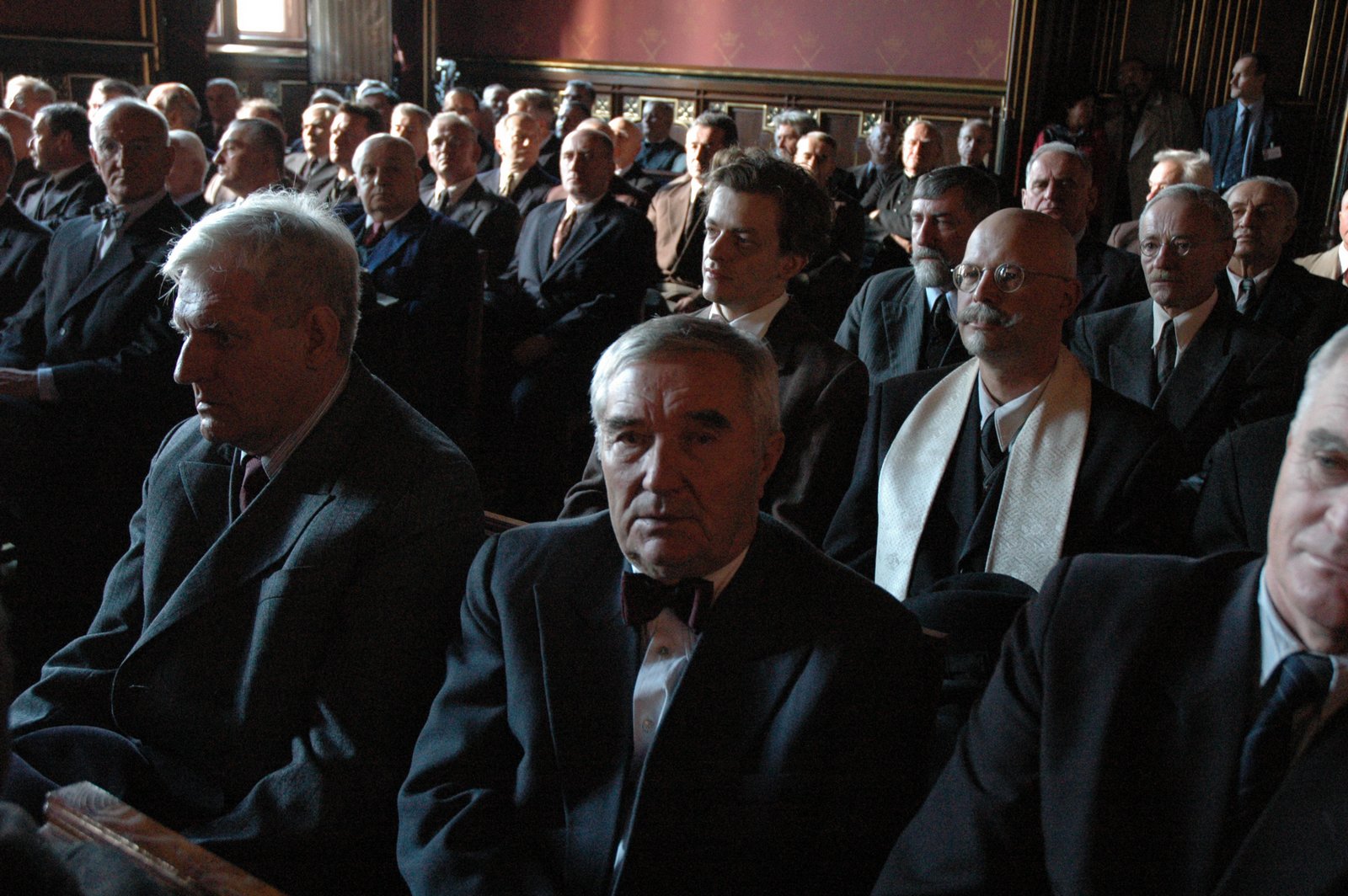 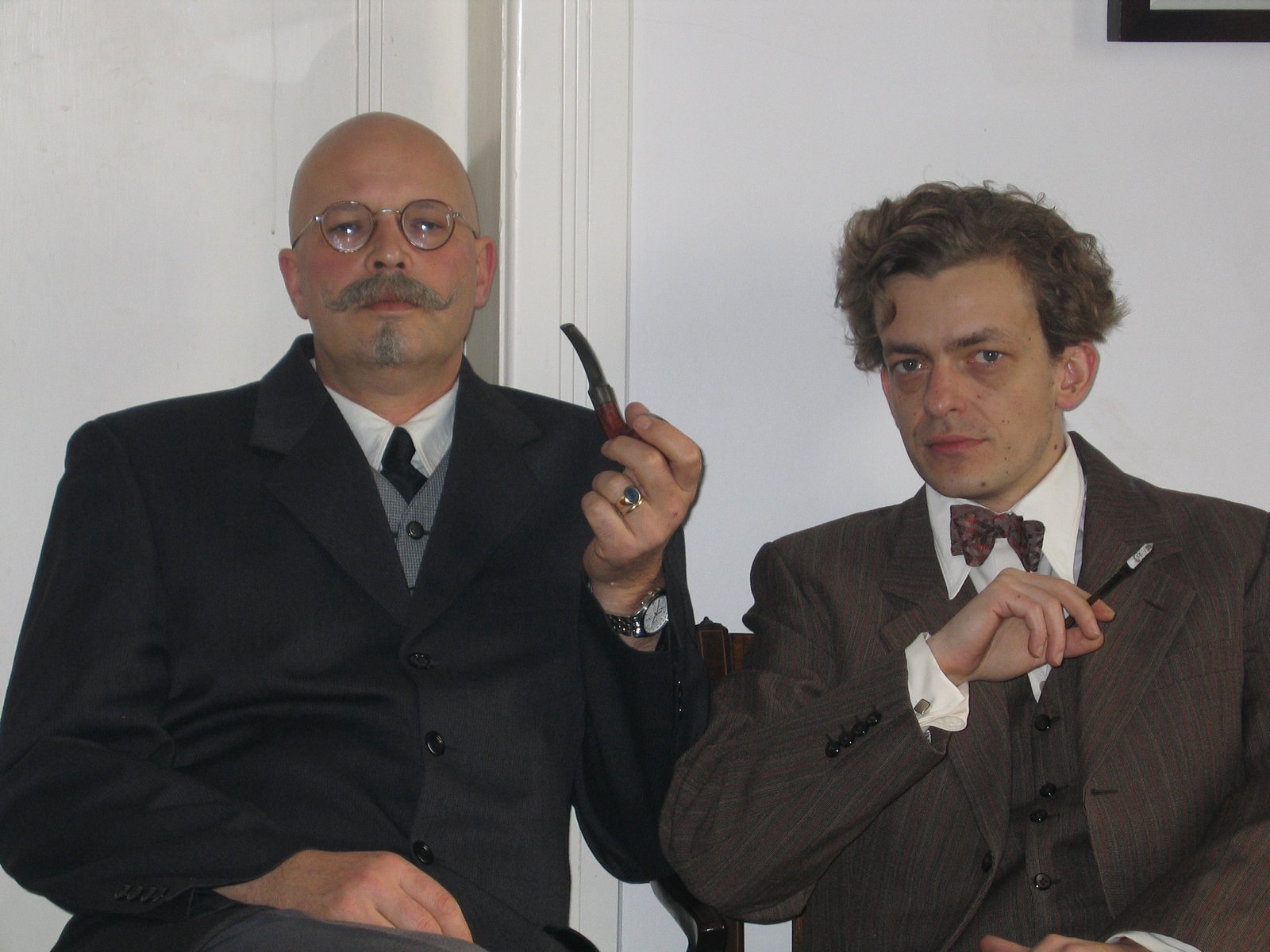 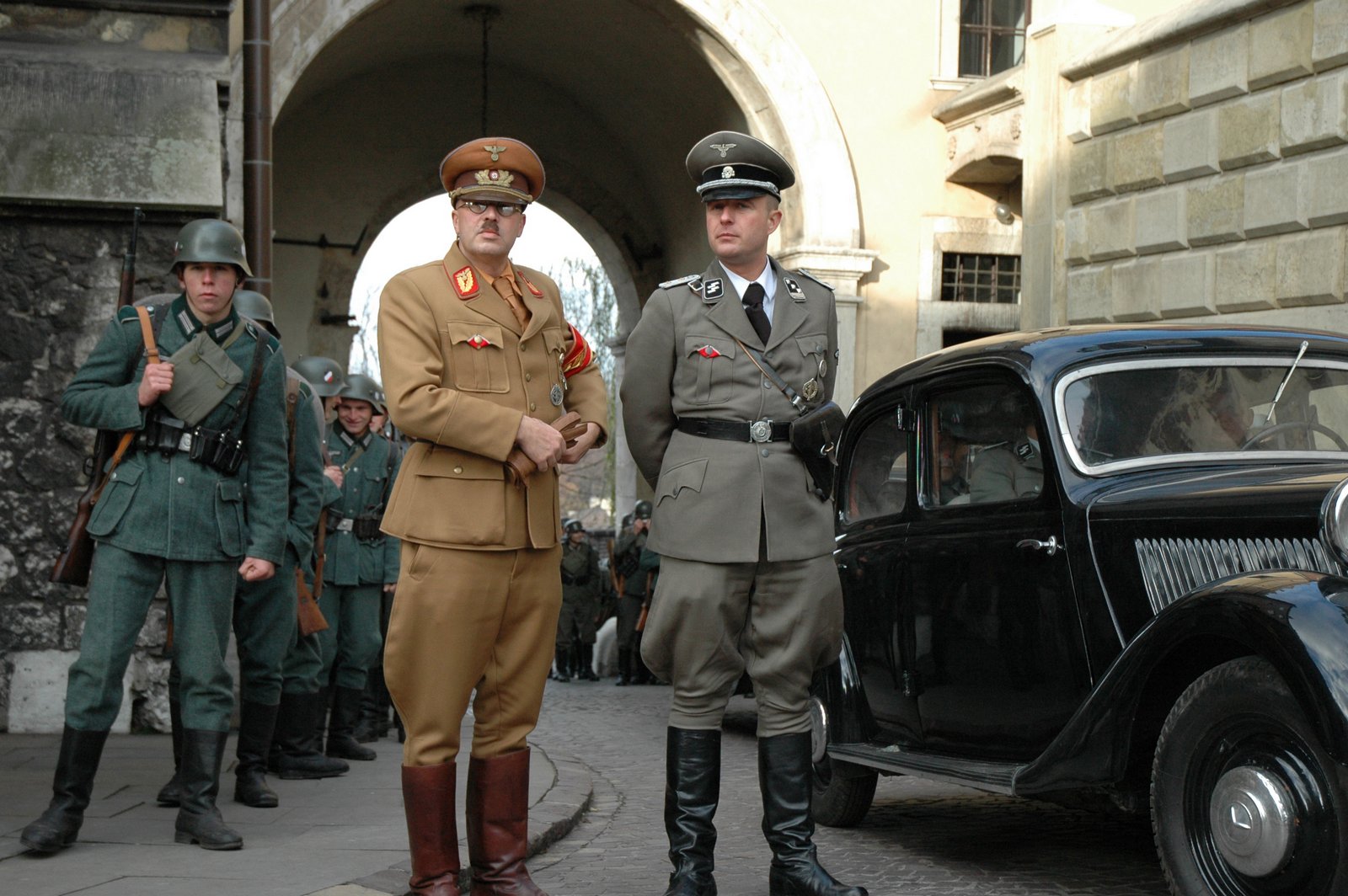 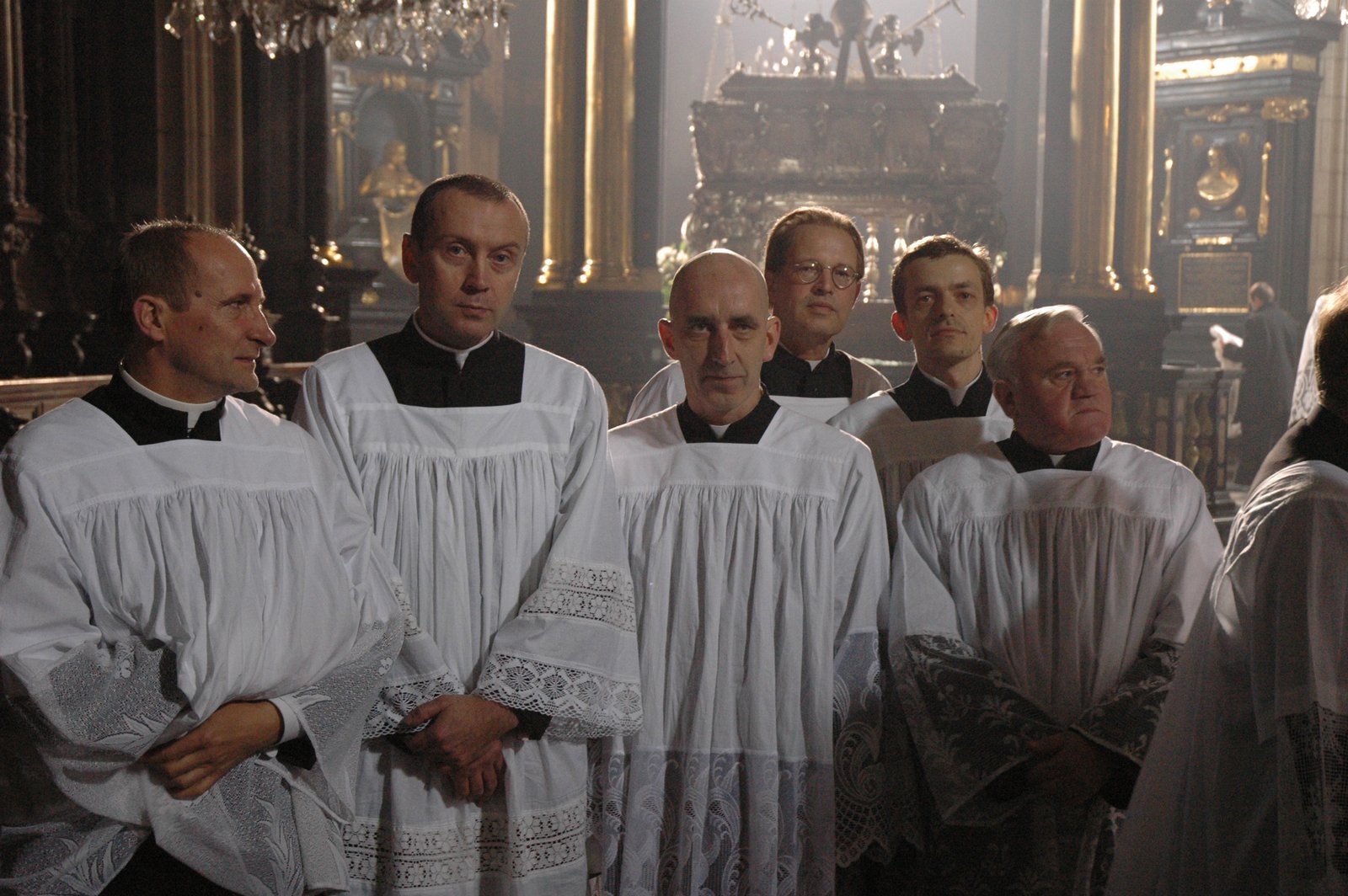