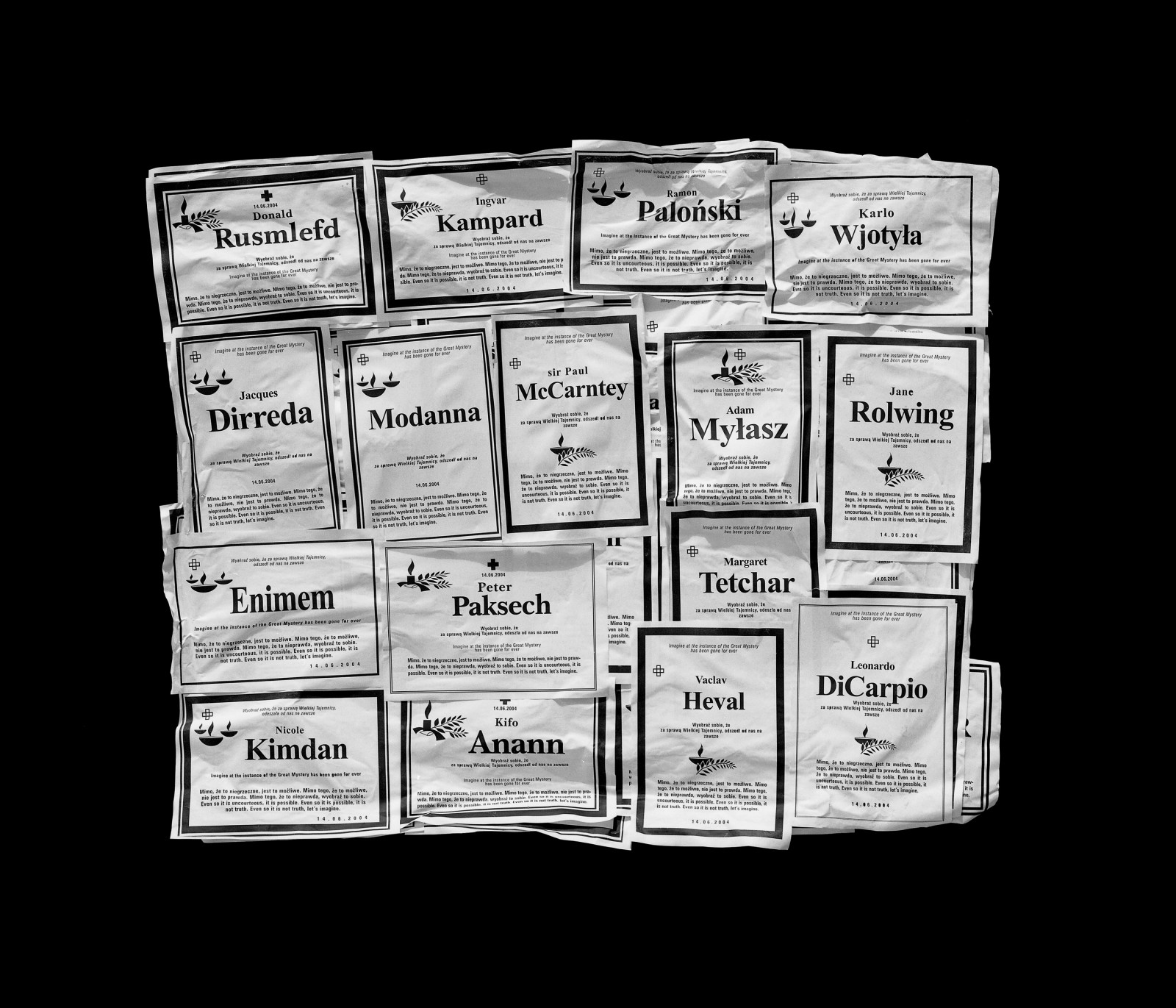 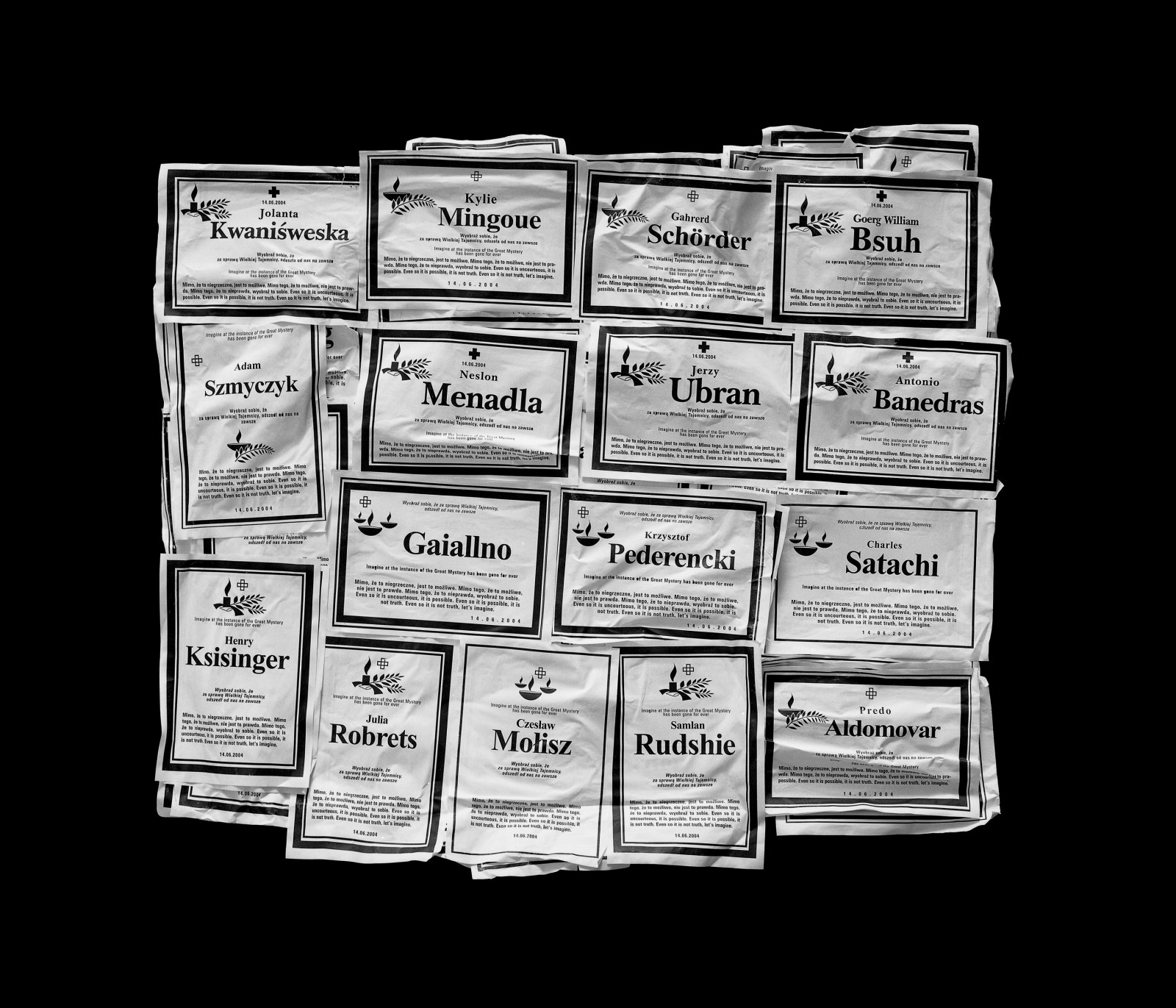 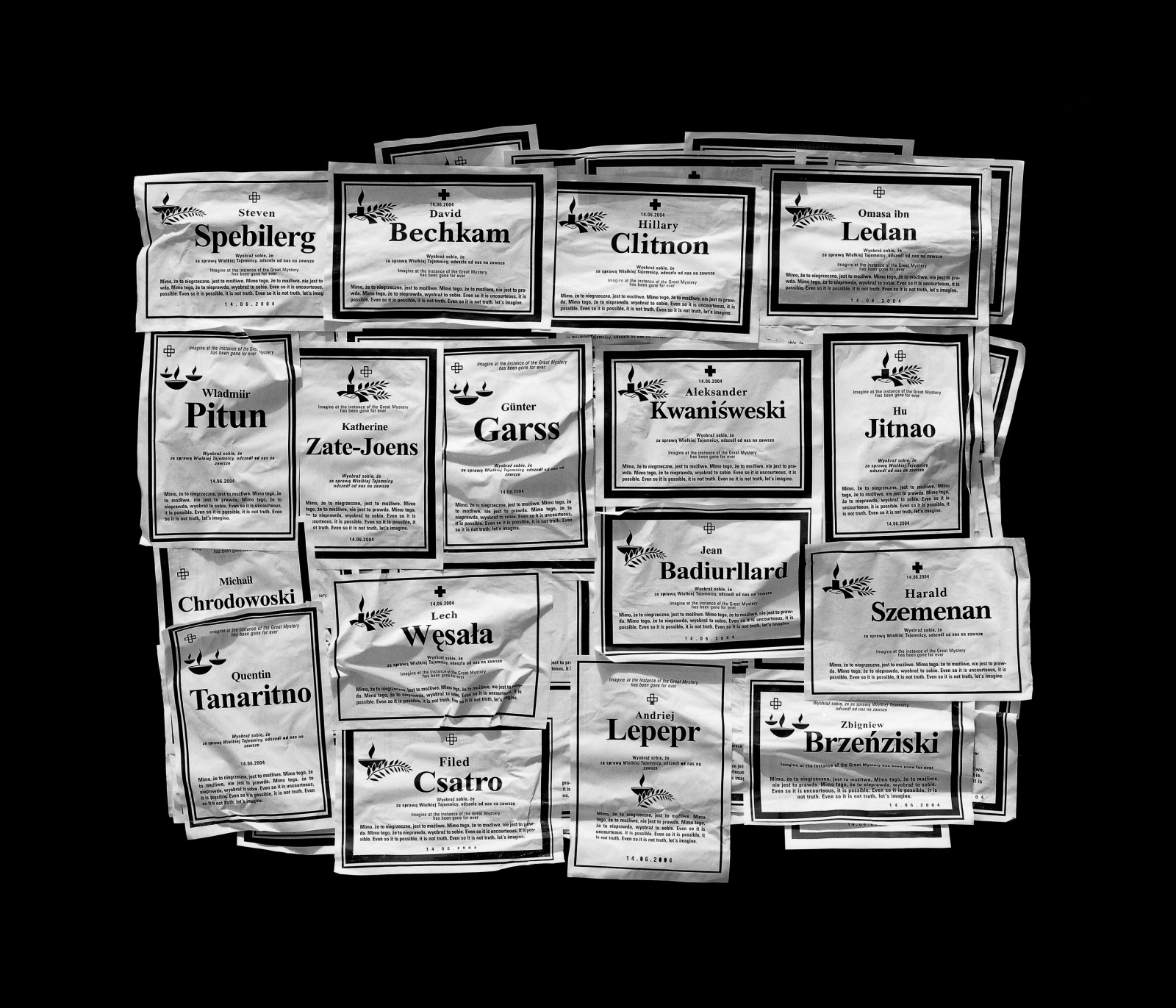 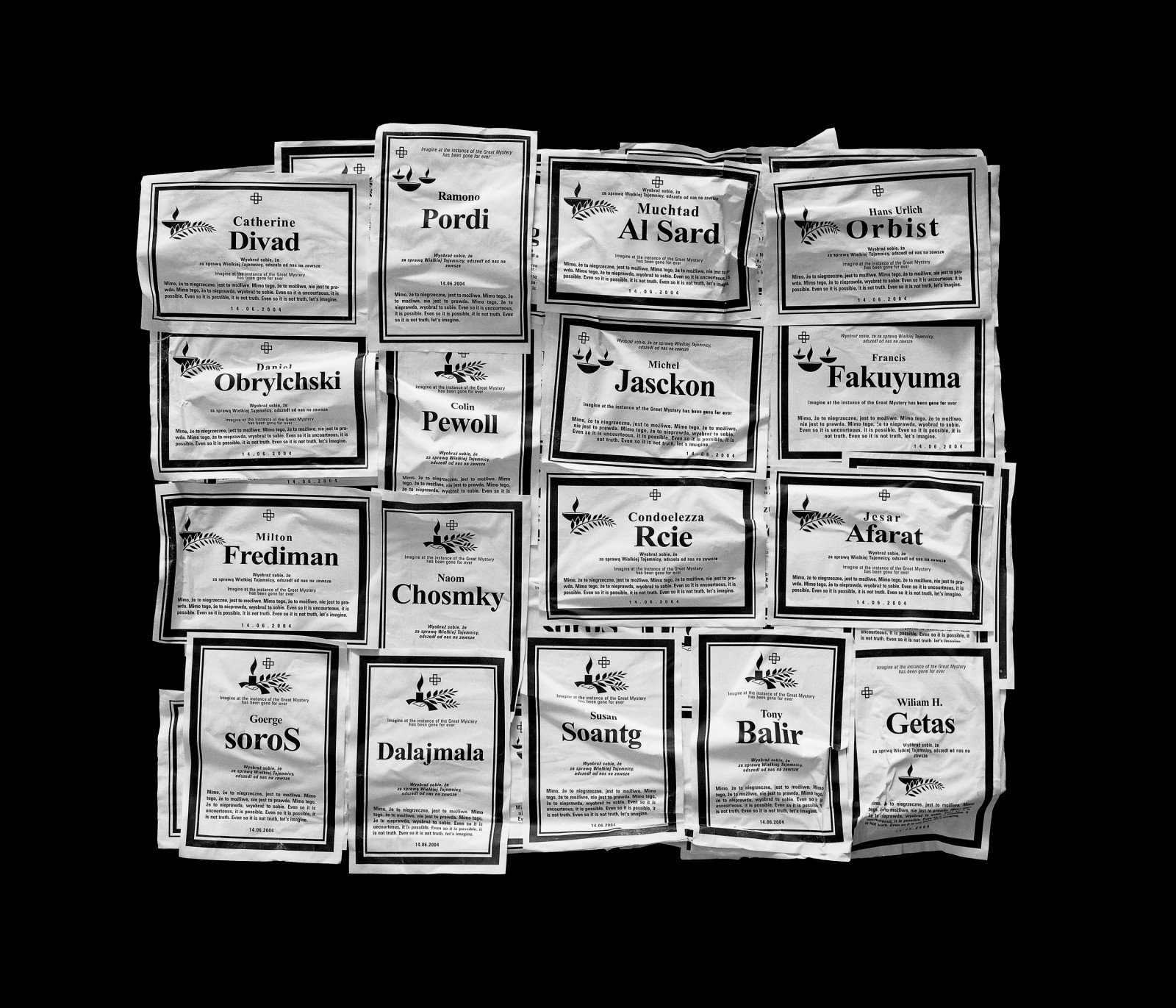 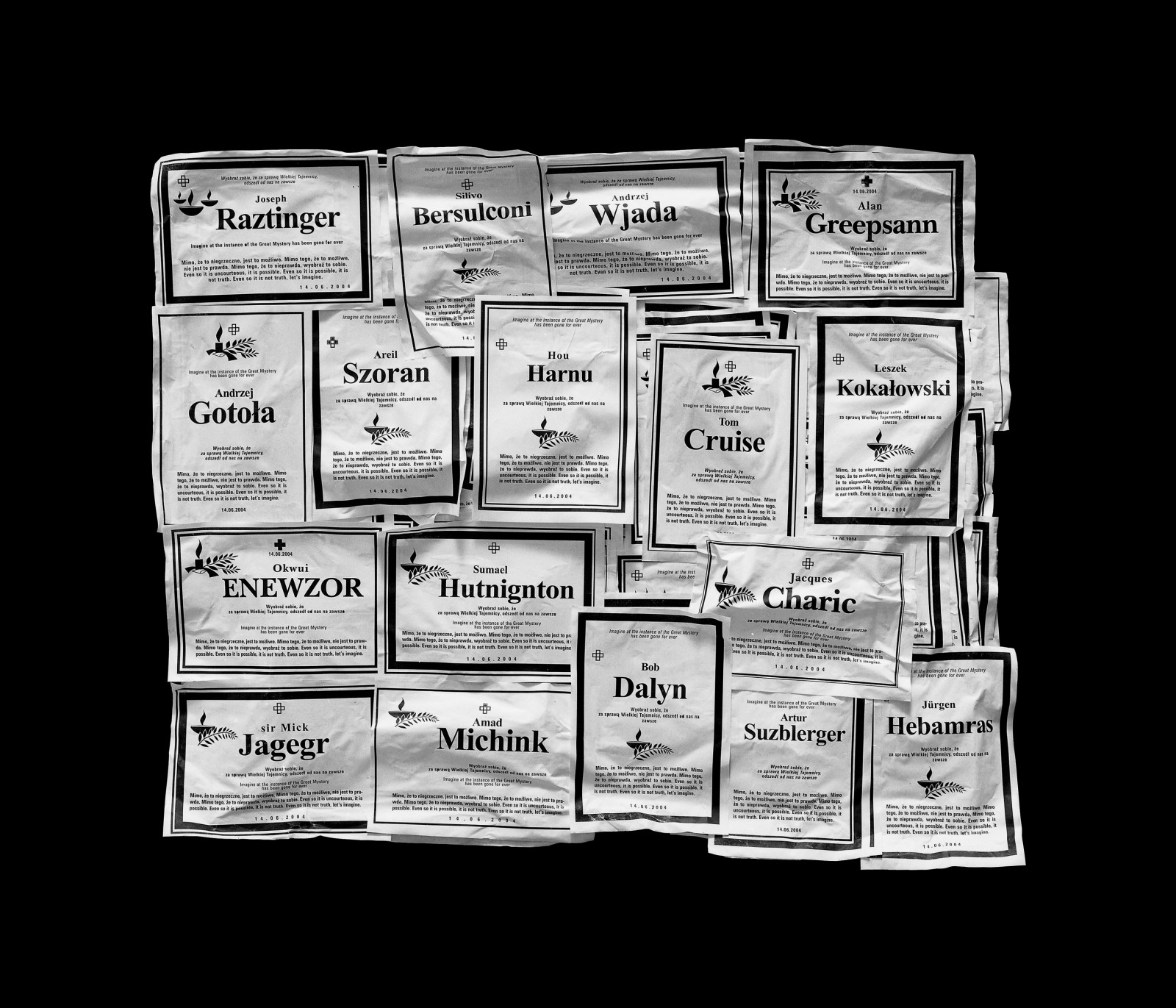 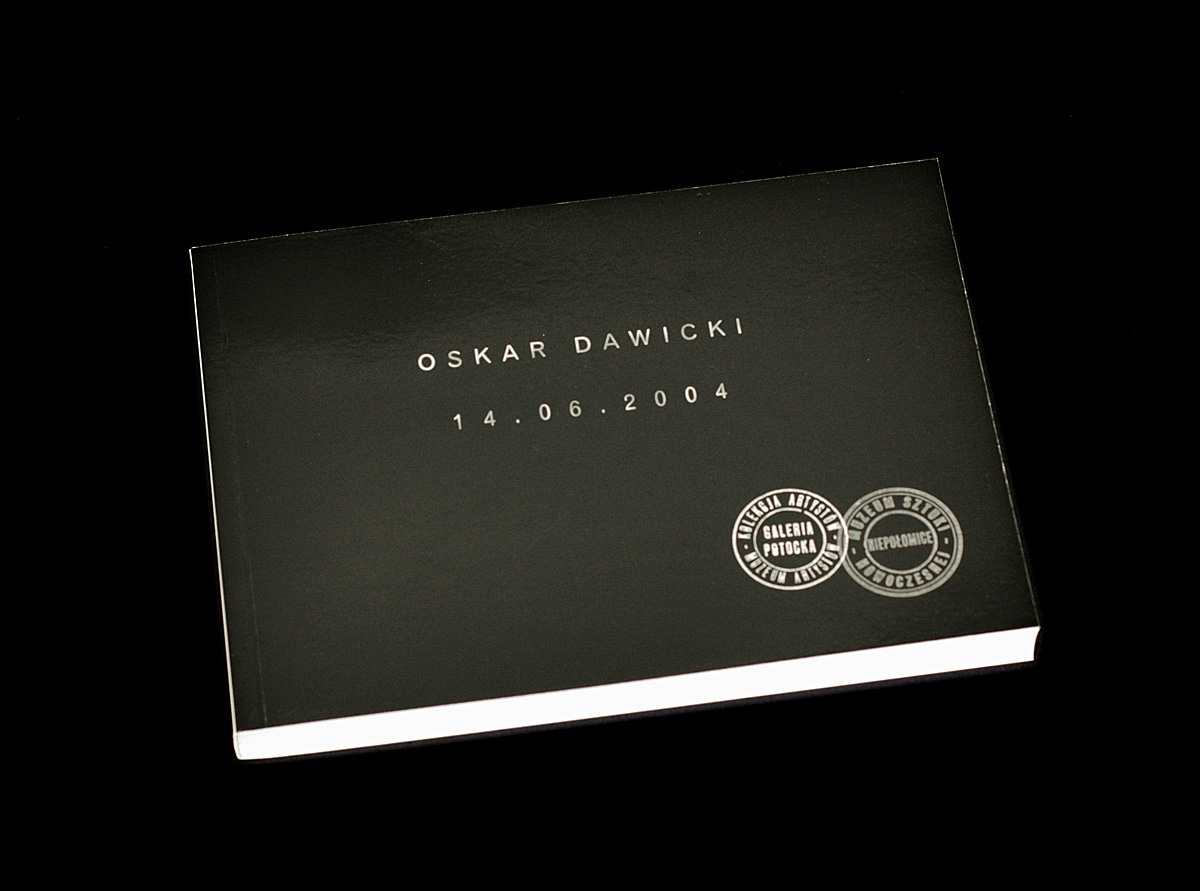 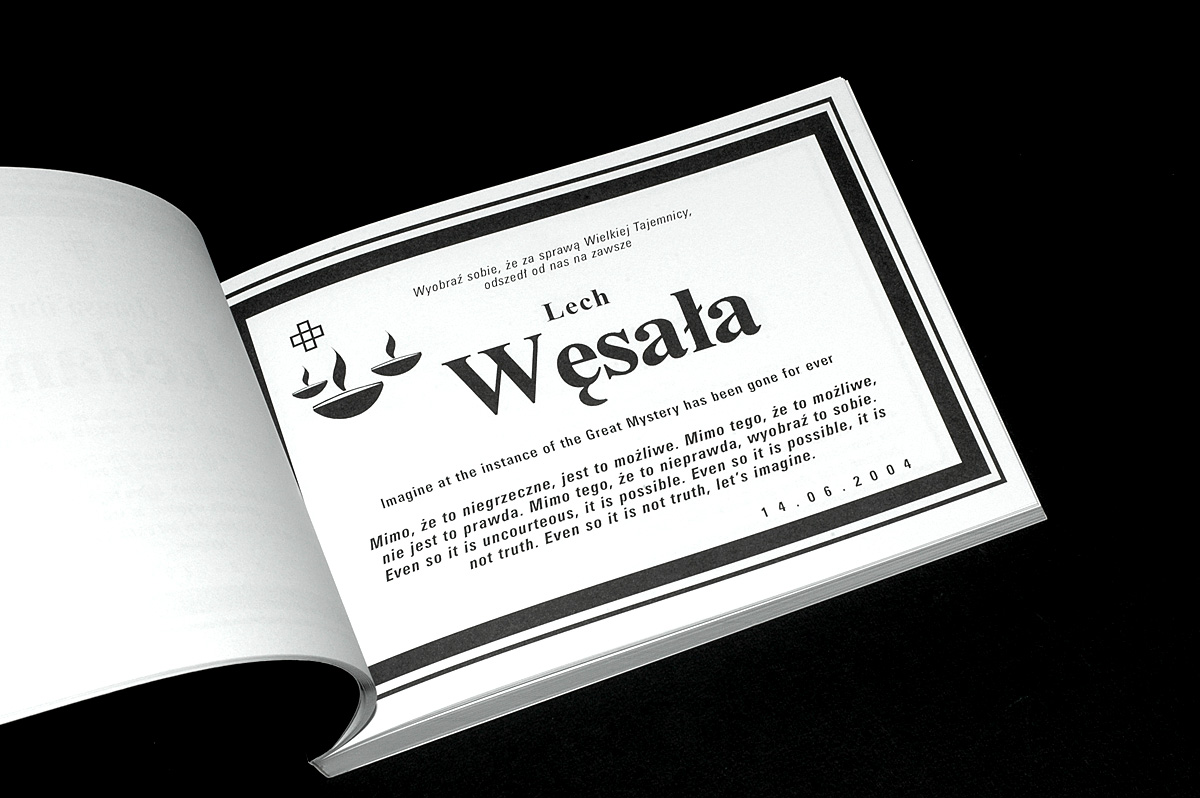 A series of photographs depicting obituaries of people with names almost identical to those of celebrities from the world of politics, entertainment and the arts. The same date figures on all of them—June 14, 2004. The photographs were first shown as part of the artist's solo exhibition Koniec świata przez pomyłkę (The Accidental End of the World) at Potocka Gallery in Kraków, which has later published them in book format (2007).