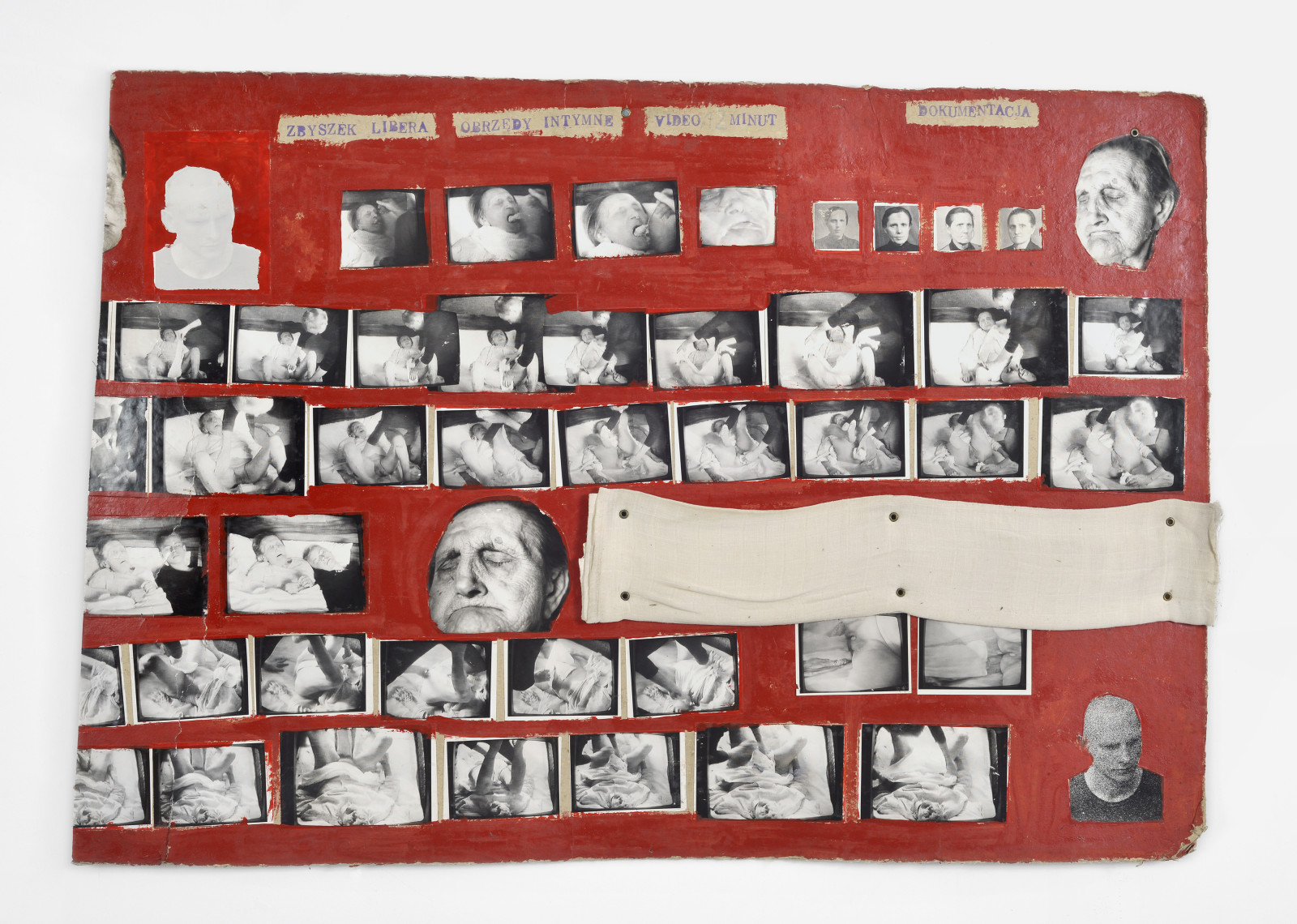 A documentation of one of the ear­liest and most famous film works of Libera. The images used to make the documen­tation board were photographed by the artist off a TV monitor screening his own video, “Intimate Rites”. In 1984 Libera took care of his senile grand­mother. Registering basic acts like feeding, chan­ging, washing was the his attempt to create extremely private and embar­ras­sing art that would radically exceed the artistic canon he knew, and at the same time being in accor­dance with the statements of the Łódź-based Kul­tura Zrzuty (Chip-​In Cul­ture) movement he was involved in at that time. The result is a work of stag­gering sin­cerity exceeding social taboos; a kind of “existential document” as the artist him­self called it.

The documen­tation board was made shor­tly after the film was shown for the first time in 1986, and was exhibited in the second half of the 1980s. A visible cut on the left side of the board is a rem­nant of the attempt to destroy it by the artist. Libera was even­tually dis­suaded from doing so by a curator we knew. 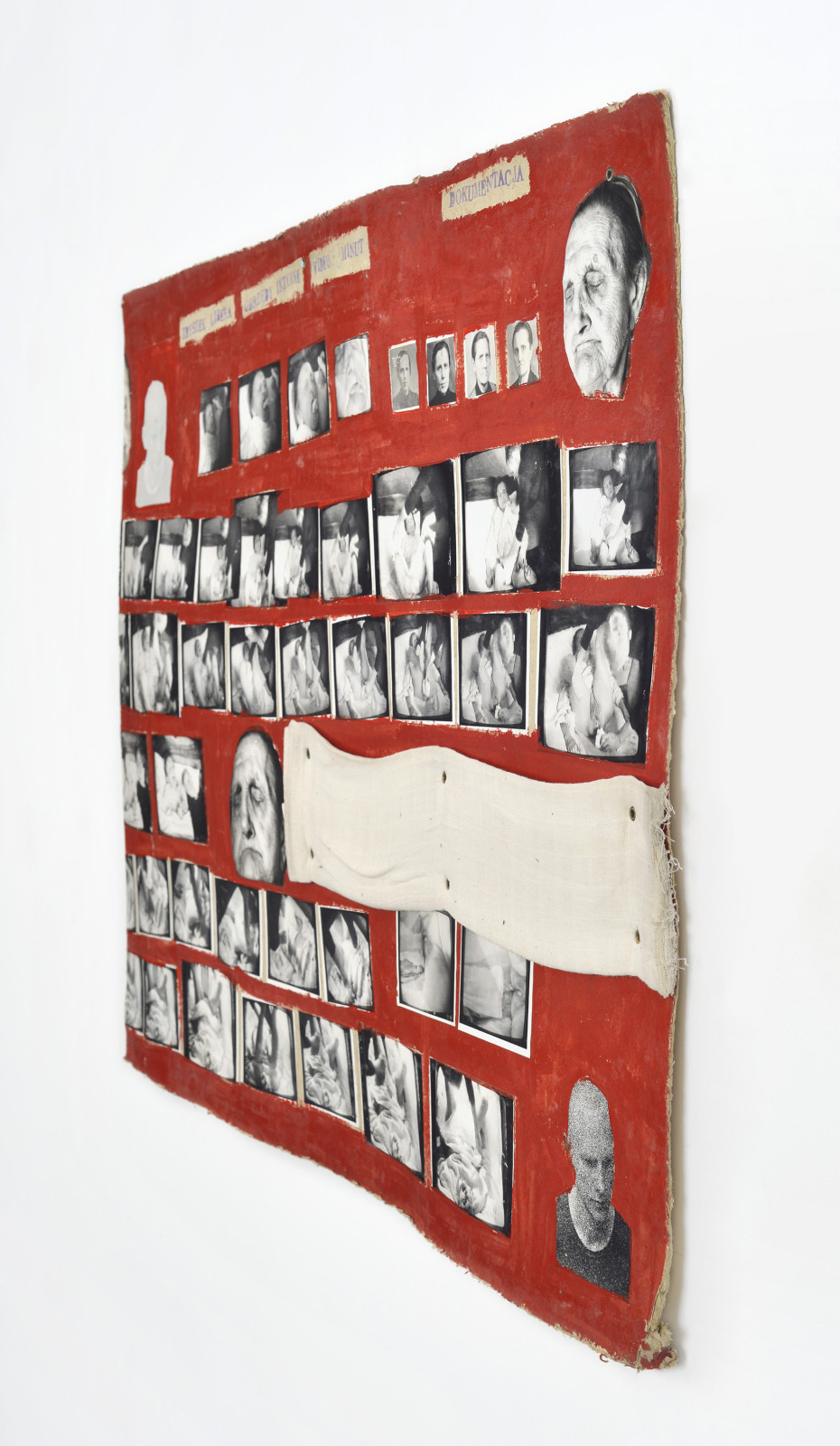