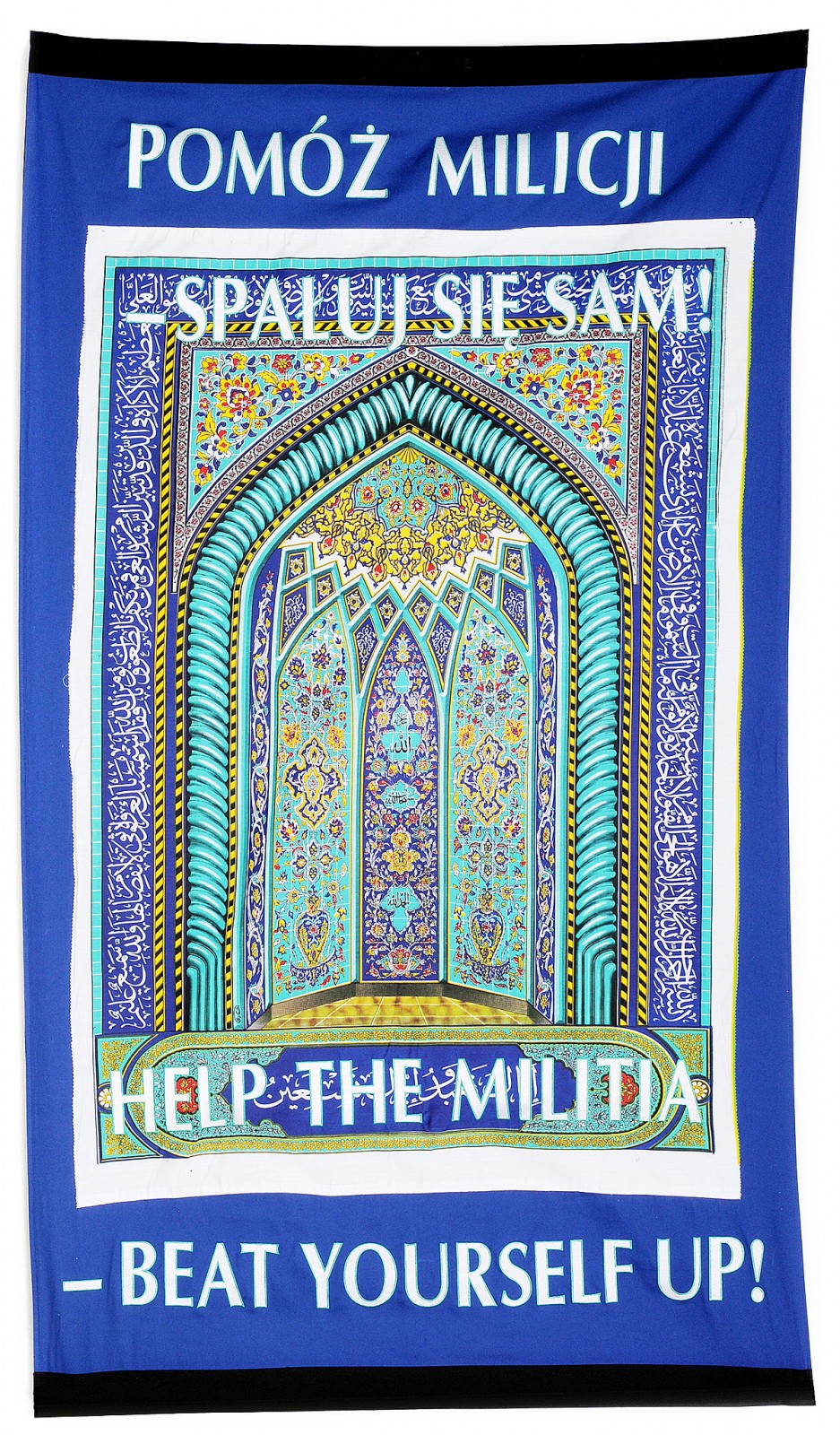 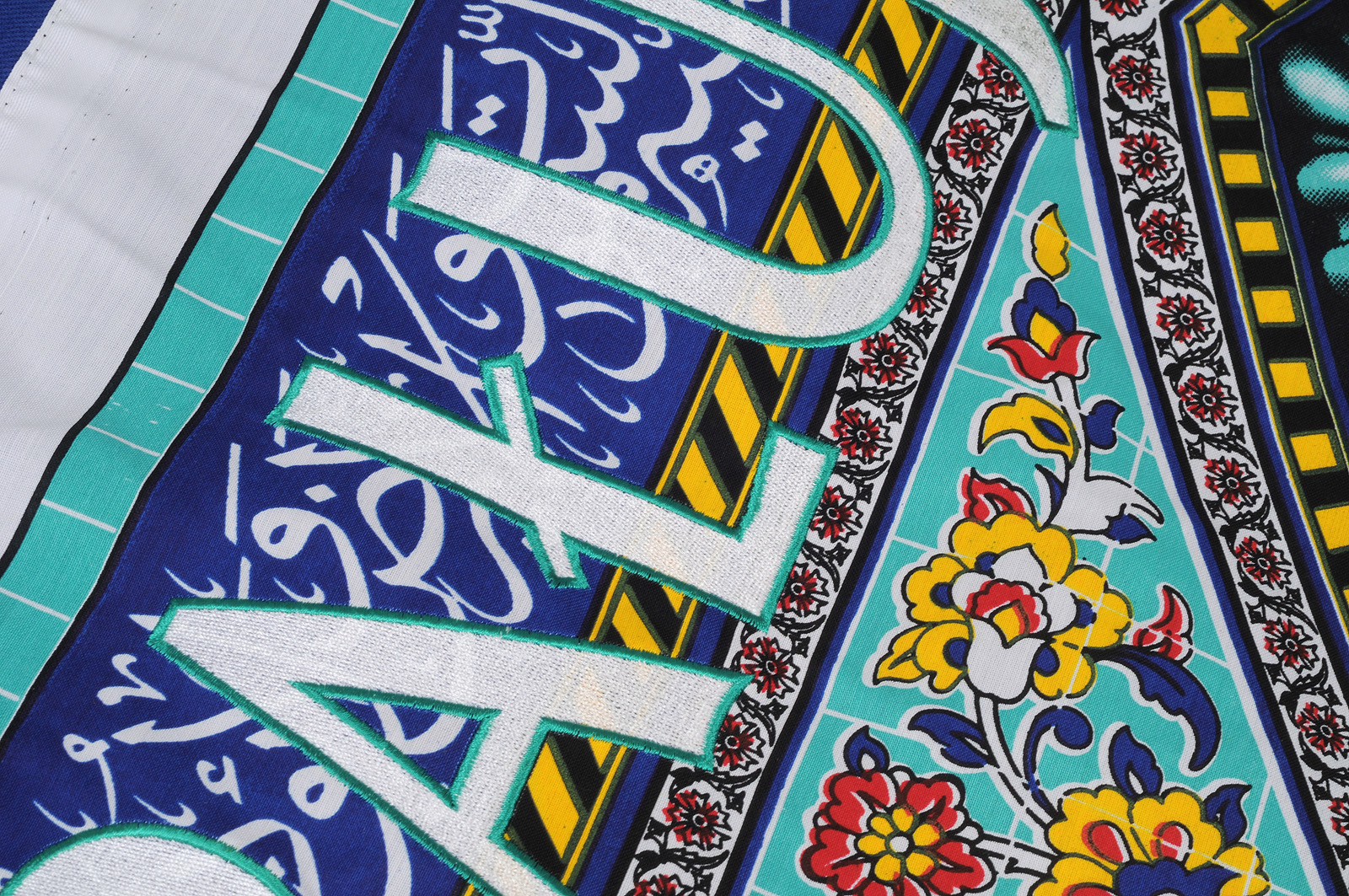 Slavs and Tatars
Help the Militia, Beat Yourself Up

Originally a Solidarność phrase from the time of Poland’s martial law, Help the Militia, Beat Yourself Up! takes the sardonic humour often associated with a Slavic penchance for the absurd and places it in a squarely Muslim context. Just as the Catholic Church played the role of arbiter during the negotiations with the Communist regime, the mosque acts as a refuge or asylum for those seeking shelter from repression during protests against the autocratic regimes across the Middle East during the Arab spring and Iran’s Green Movement.