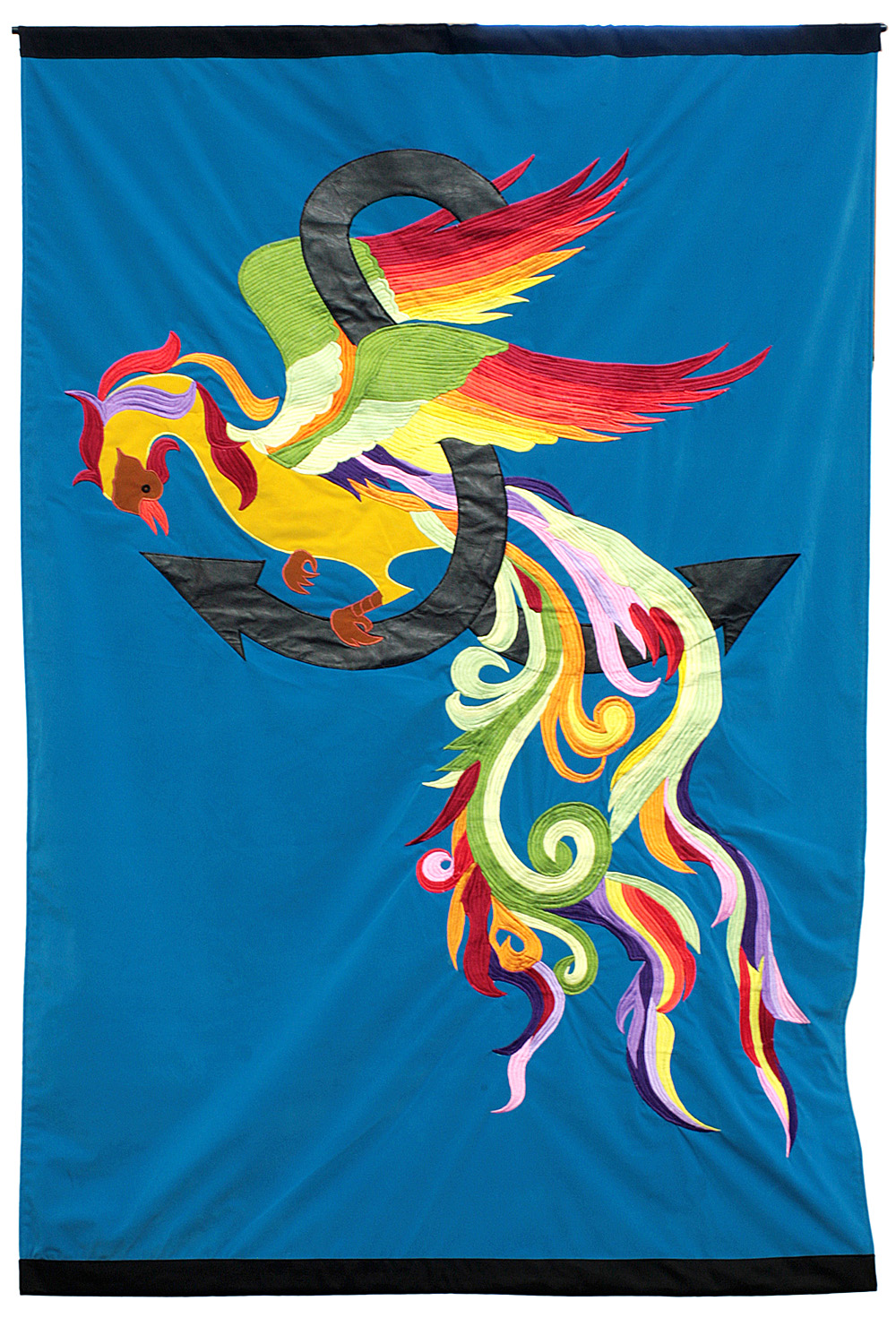 Simorgh Solidarność puts the mythical Persian bird at the heart of the Polish Resistance movement’s S as anchor. Just as Solidarność Walcząca placed the royal eagle, banned from official Polish insignia during Communist rule, as an act of defiance to martial law, Simorgh Solidarność puts a pre-Islamic bird as a symbol of solidarity, pointing to a less doctrinaire, more mystical understanding of Persian identity. The Simorgh figures heavily in literary works such as Ferdowsi’s Shahnameh and Attar’s Conference of the Birds and shares features with the phoenix and the Russian жар-птица (fire-bird).