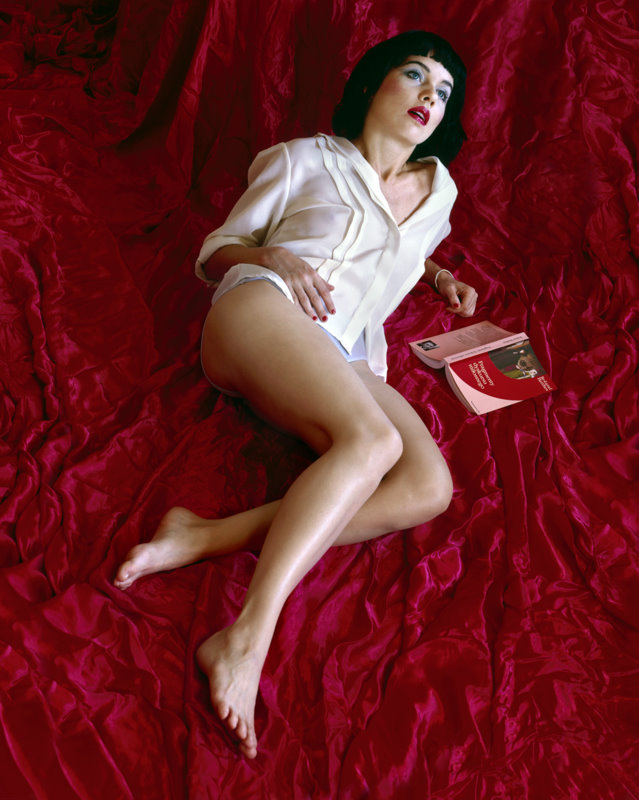 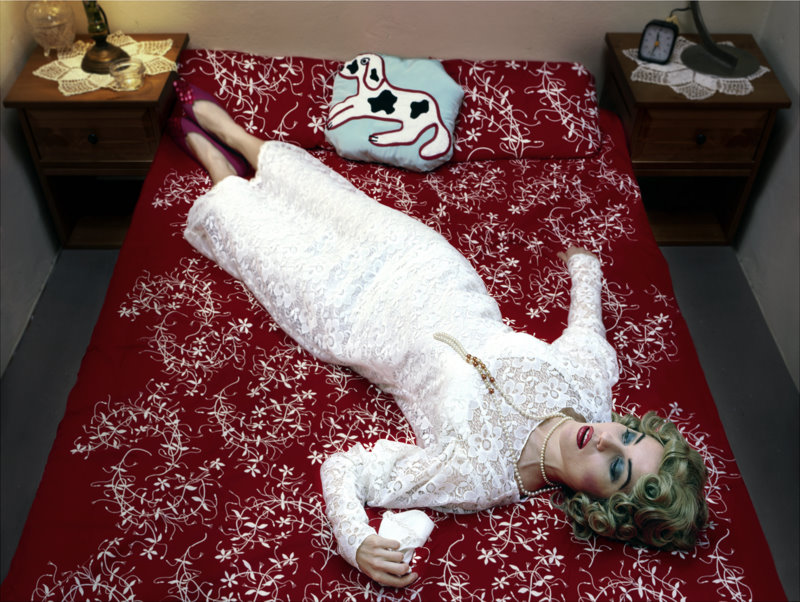 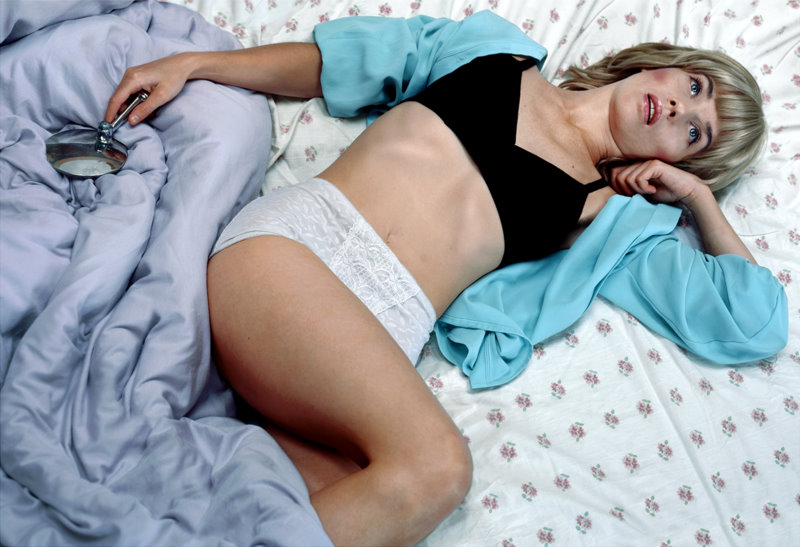 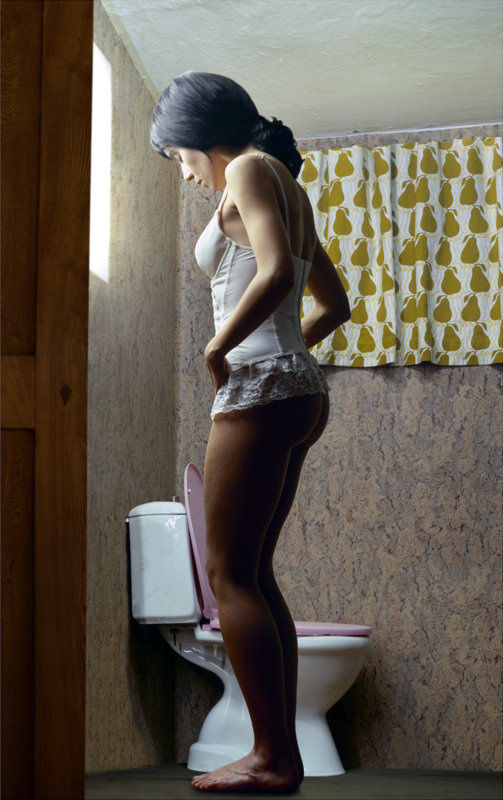 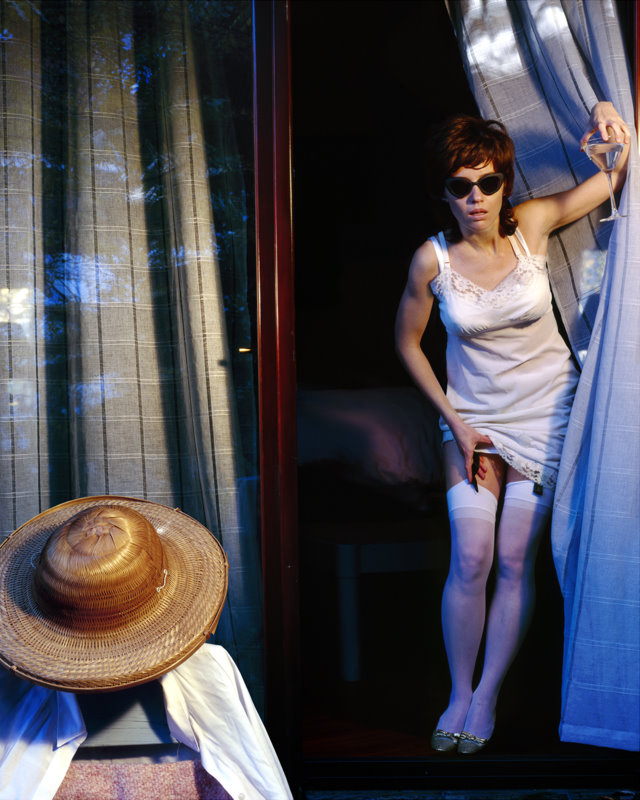 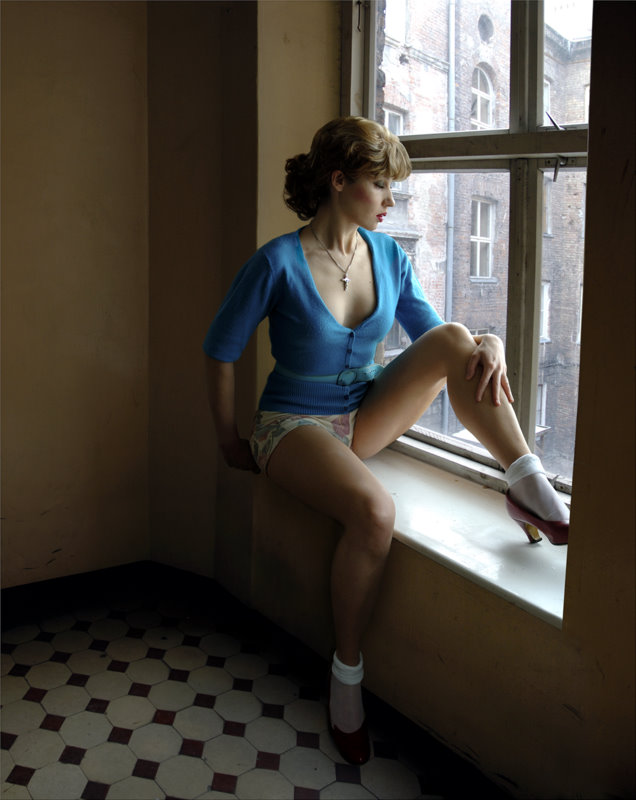 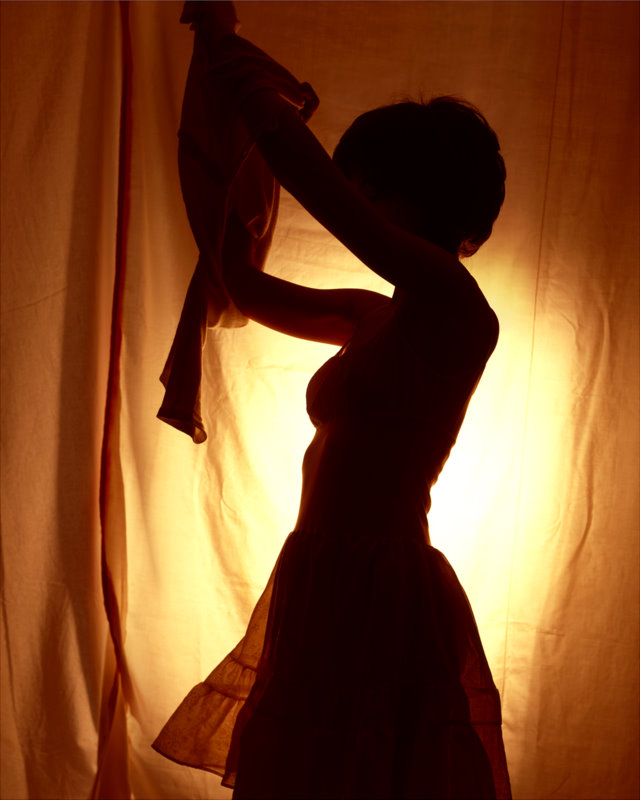 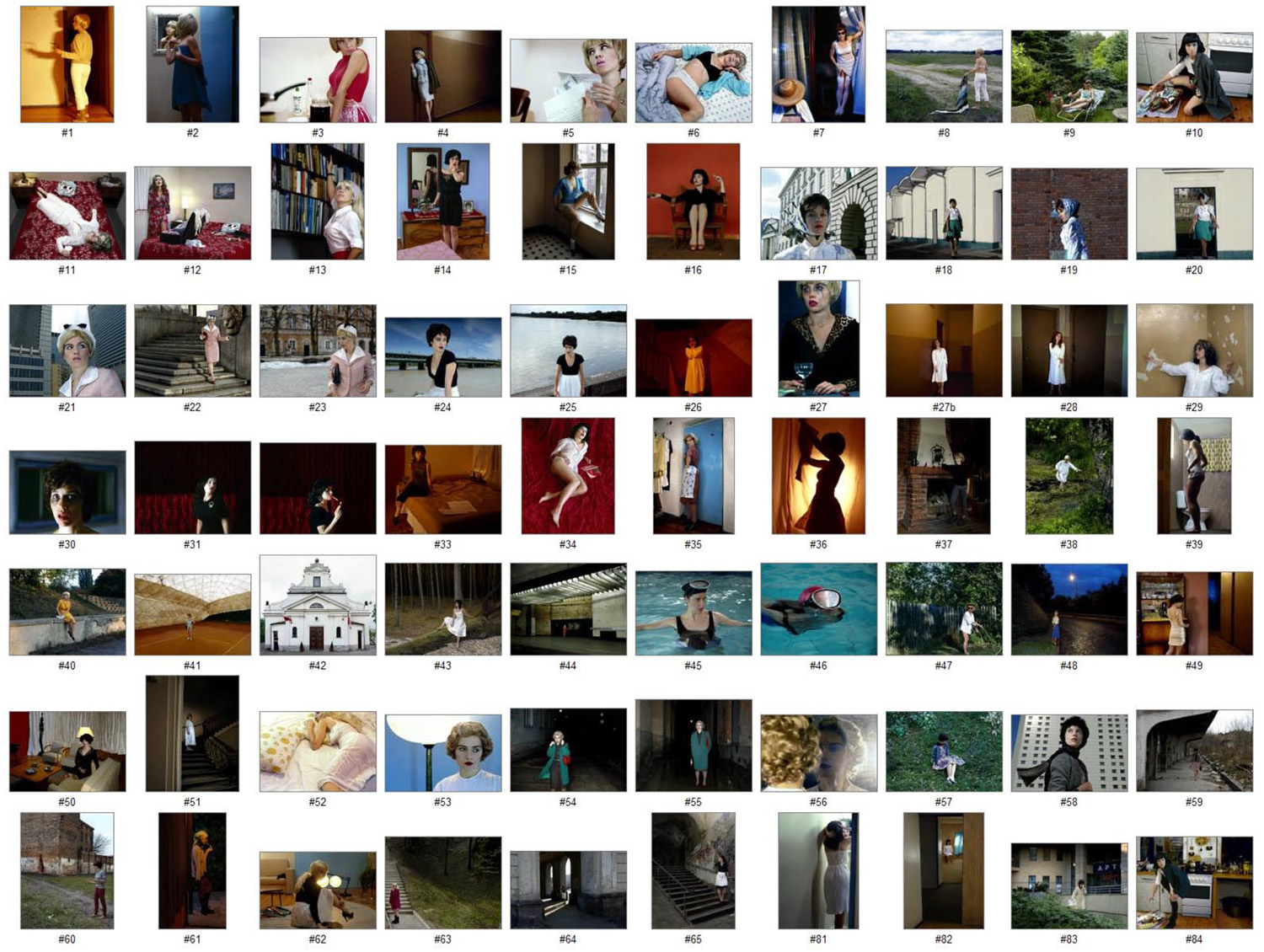 A precise, and truly Warsaw, remake of Cindy Sherman's seventies classic "Untitled Film Stills" starring Aneta Grzeszykowska. In contrast to the original, Grzeszykowska's photographs are in color. The initial composition and makeup has been strictly observed, while the props, clothes and setting has been chosen by the artist according to the modern standards and local possibilities. The restaging of all 70 photographs took one year. The role-play has reached its peak - effacing her own personality yet another time, Grzeszykowska returns it to Cindy Sherman, and at the same time imitates the both American artist and her fictitious film personifications.