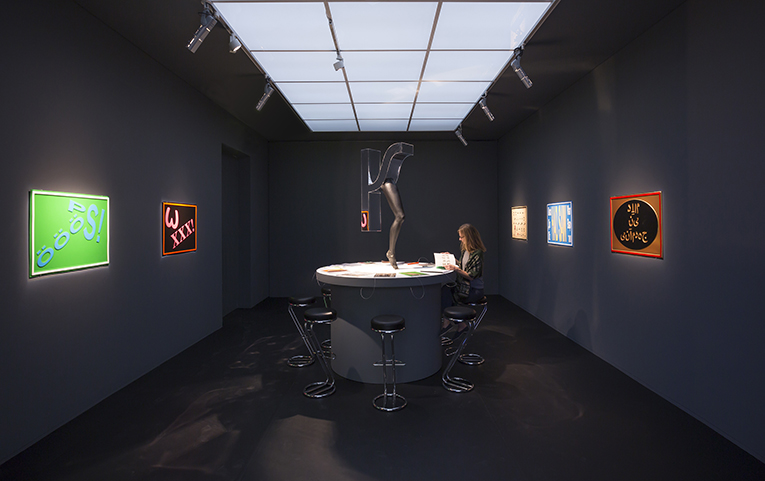 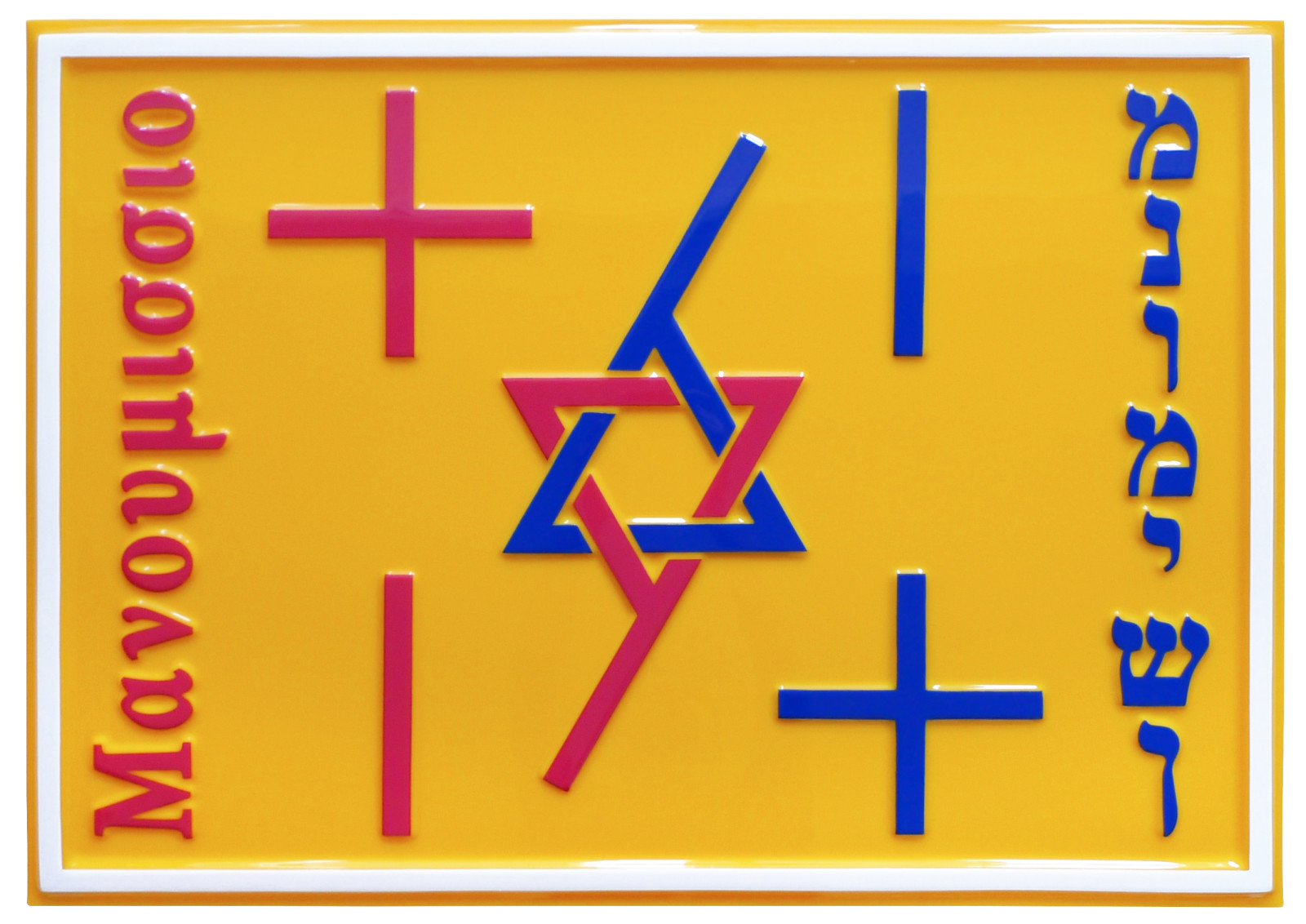 "Saturday" is the first in a series of new works on the Crimea and Karaite Jews which speaks to issues of power and identity, through both liturgic traditions and the secular struggle of human rights.

The text on both sides of the piece reads: manumissio, which was the act or document freeing a slave. According to the Hebrew bible, slaves were to be freed in the 7th year, also known as the Saturday or Shabbat year, after 6 years of labor, regardless of their origin, performance, profile, etc. 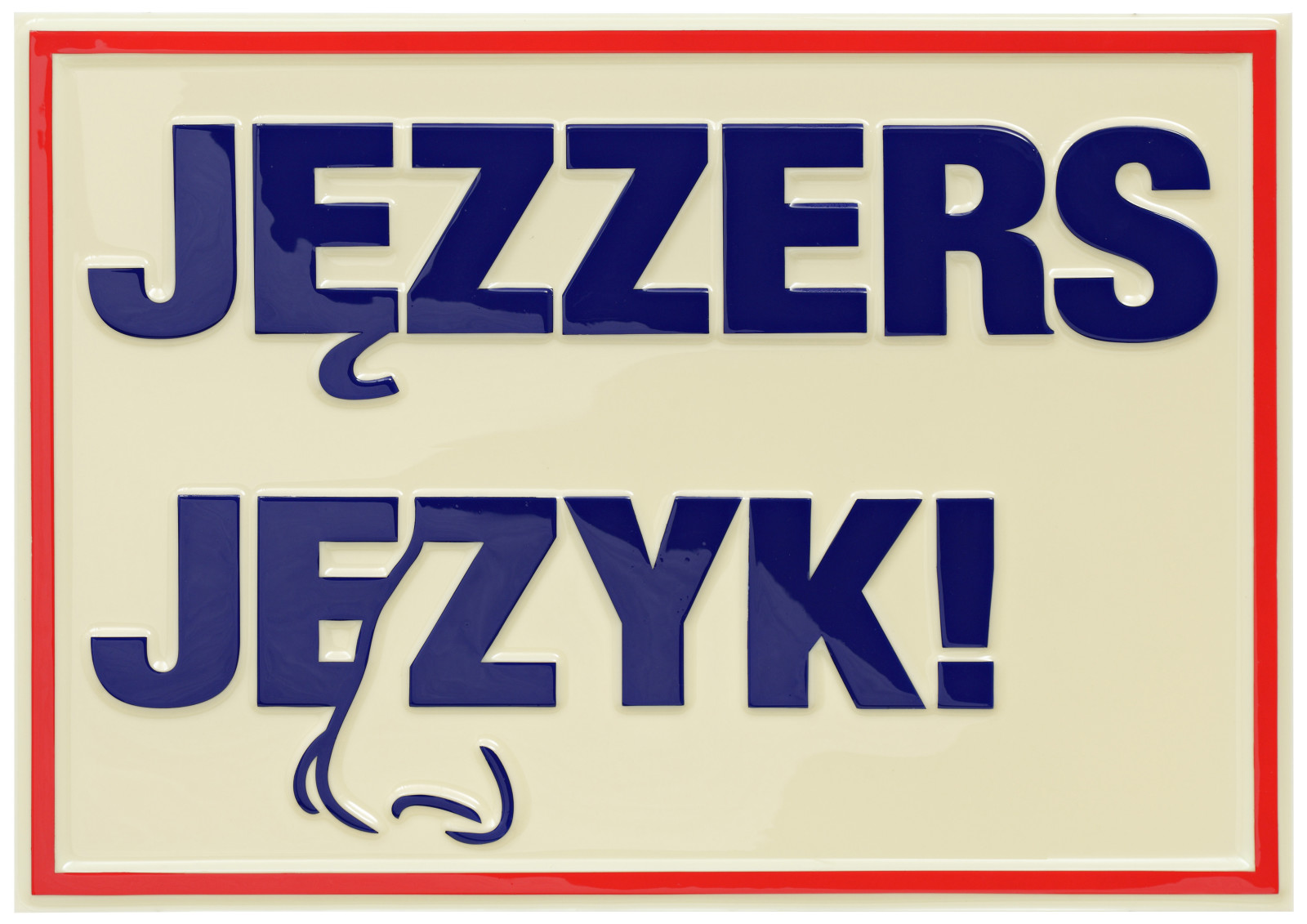 "Jęzzers język", pronounced “yowzers yewzik”, celebrates the nasal phonemes specific to the Polish language through a retro-exclamation. Unlike any other Slavic language, the Polish language has prominent nasal phonemes "ą" and "ę". These letters have provided an unlikely source of self-determination and resistance in the face of pan-slavism, Russian imperialism, and other threats. 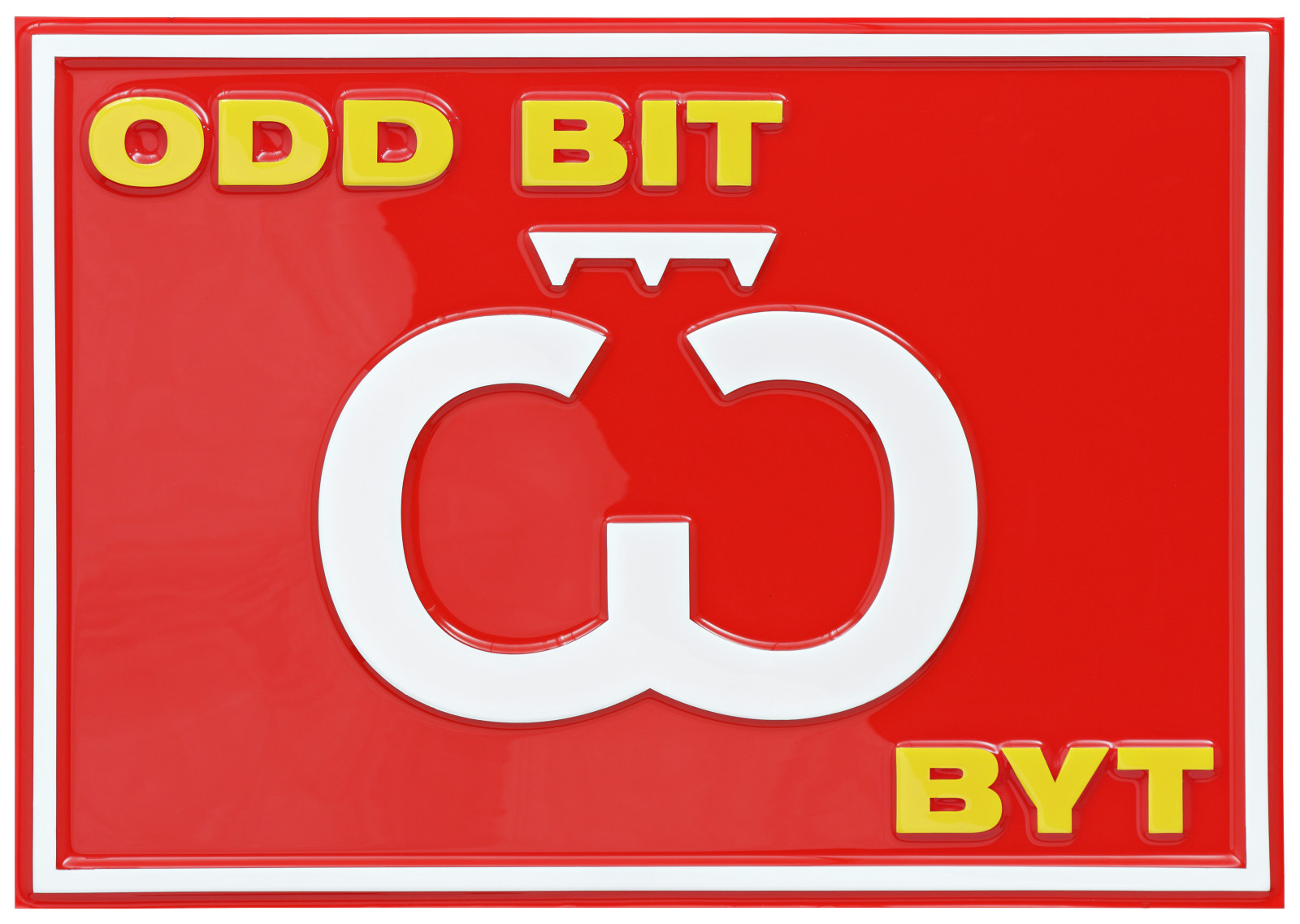 A nod to Courbet’s "L’Origine du Monde", OdByt plays on the Polish word for "rectum" which reads literally as “from being.”  Meaning "from" in several Slavic languages, the preposition ot used to exist in old Church Slavonic as a Cyrillic letter unto itself: Ѿ .