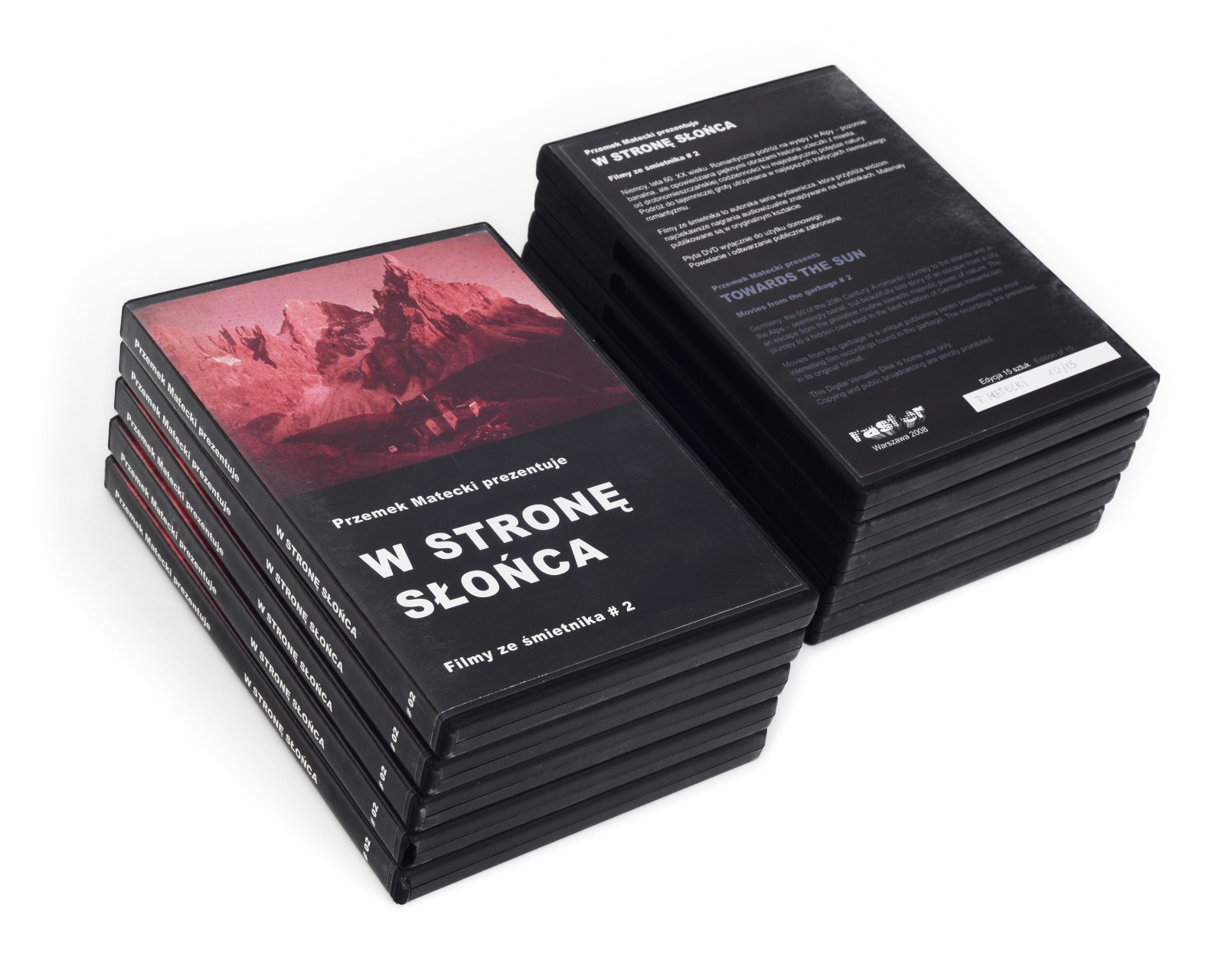 Germany, the 60′ of the 20th Cen­tury. A roman­tic jour­ney to the islands and in the Alps – seemin­gly banal, but beautifully told story of an escape from a city, an escape from the philistine routine towards majestic power of nature. The jour­ney to a hidden cave kept in the best tradition of German romanticism.

Movies from the gar­bage is a unique publishing series presen­ting the most interesting film recor­dings found in the gar­bage. The recor­dings are presen­ted in its original format.

Przemek Matecki
TOWARDS THE SUN Movies from the garbage #2