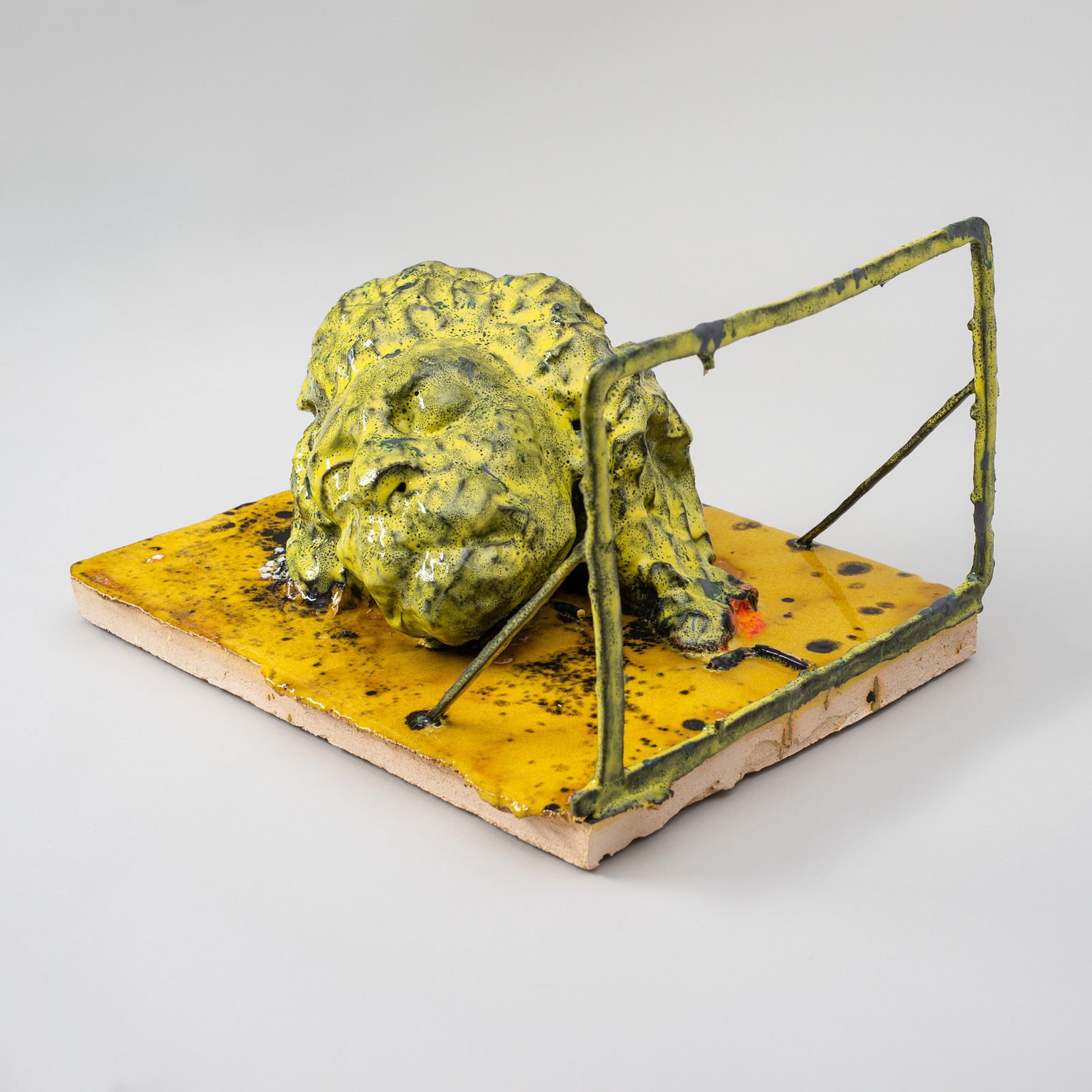 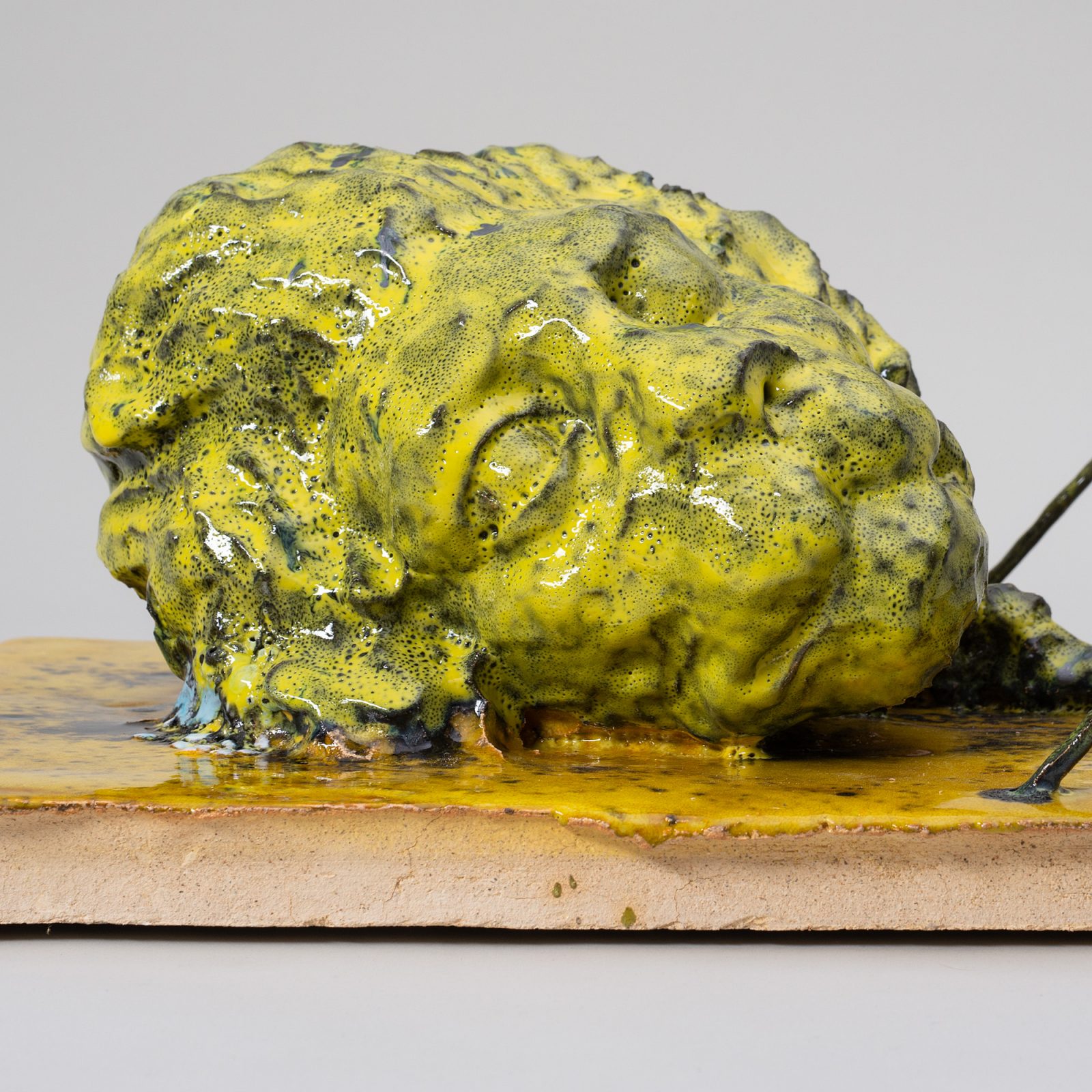 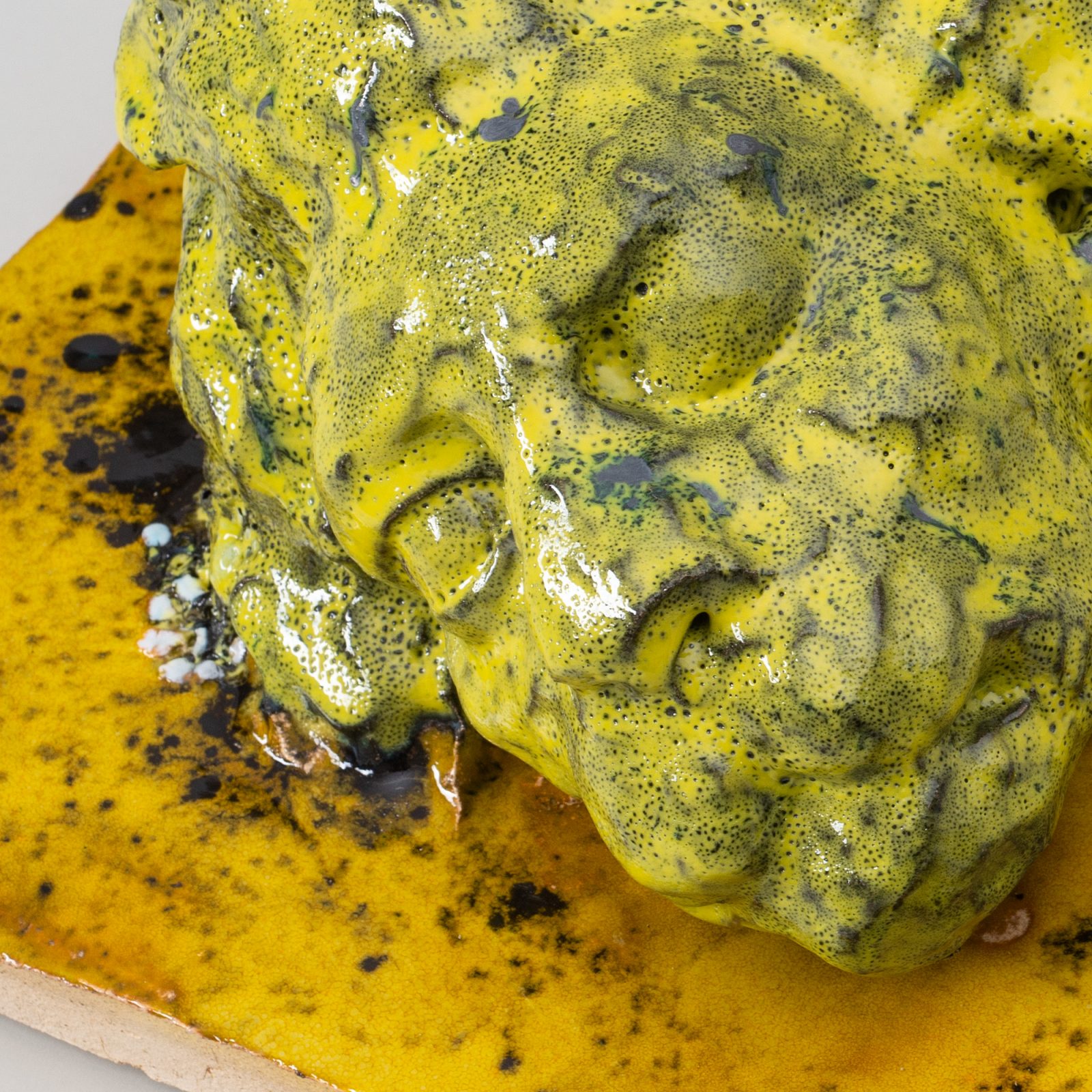 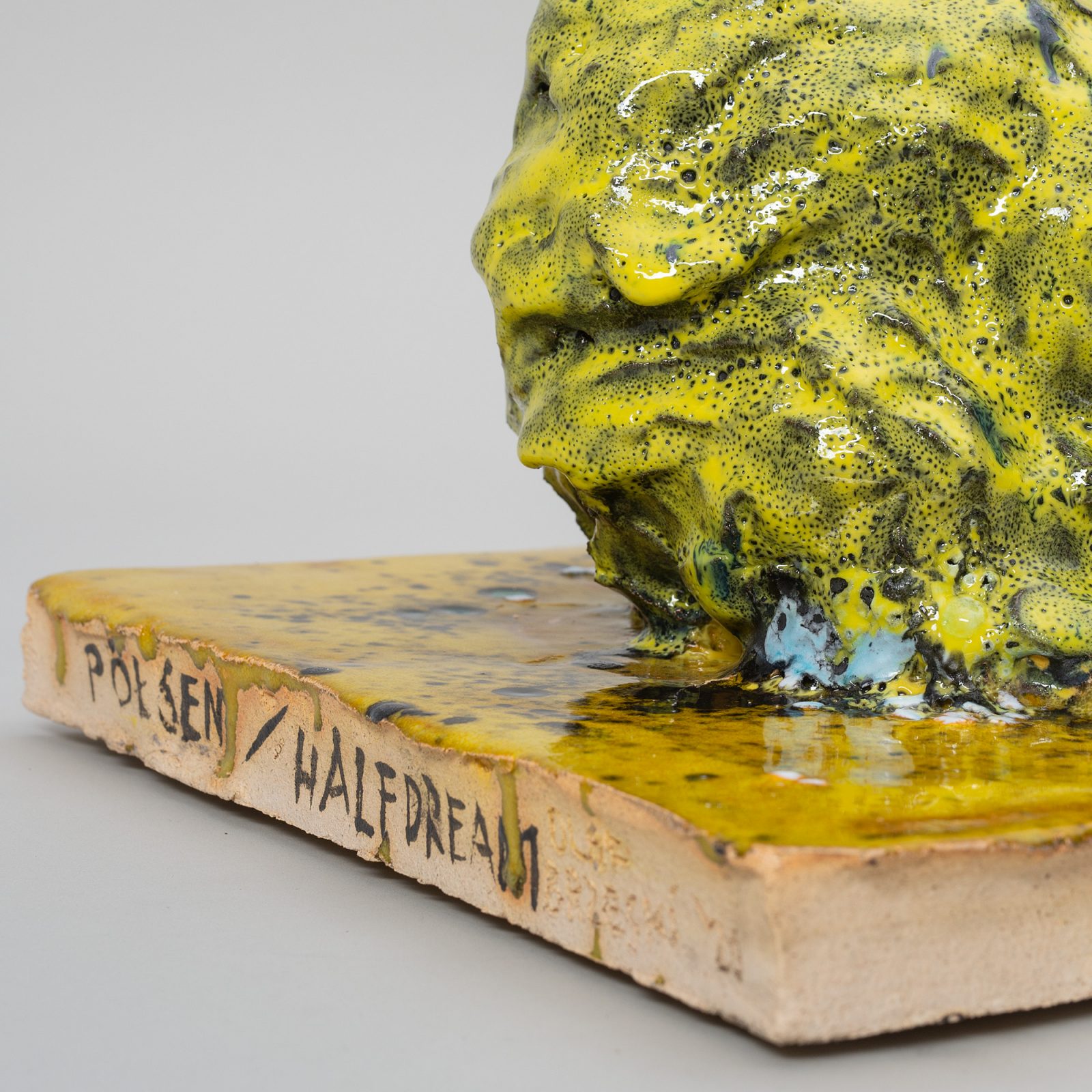 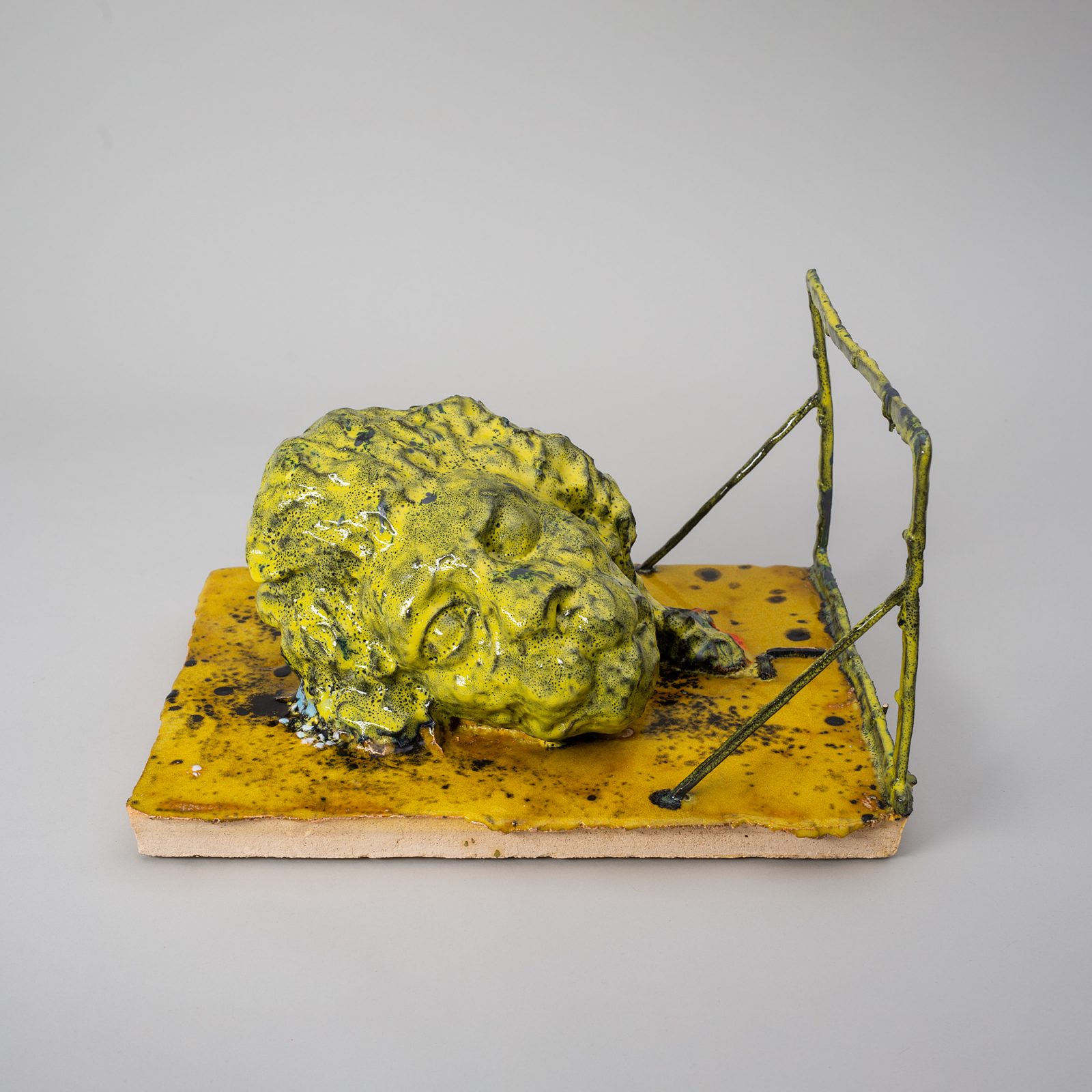 Olaf Brzeski
from the Adventure series (half dream)

As the artist says, the sculpture 'shows a state of suspension, half existence, half non-existence. This unusually difficult maneuver of the mind, in which you have to cope with the transition from one state of being into the next, that’s why this man has one eye closed and the other open.

But he is also inspired by this image I once saw, of a real man, who was sitting in front of me and was sleeping on a chair. His head was titled to the back, he was sleeping while watching me. One eye was clearly closed, while the other very widely open. With this open one, he was looking at me. Later it turned out, that it was a glass eye. Something wasn’t working, there was no sliding of the lid on the eyeball; but this was truly unusual – the discrepancy between existing in the same moment, and not existing; which is a dream, and which is reality.’

The work premiered at the Adventure exhibition.