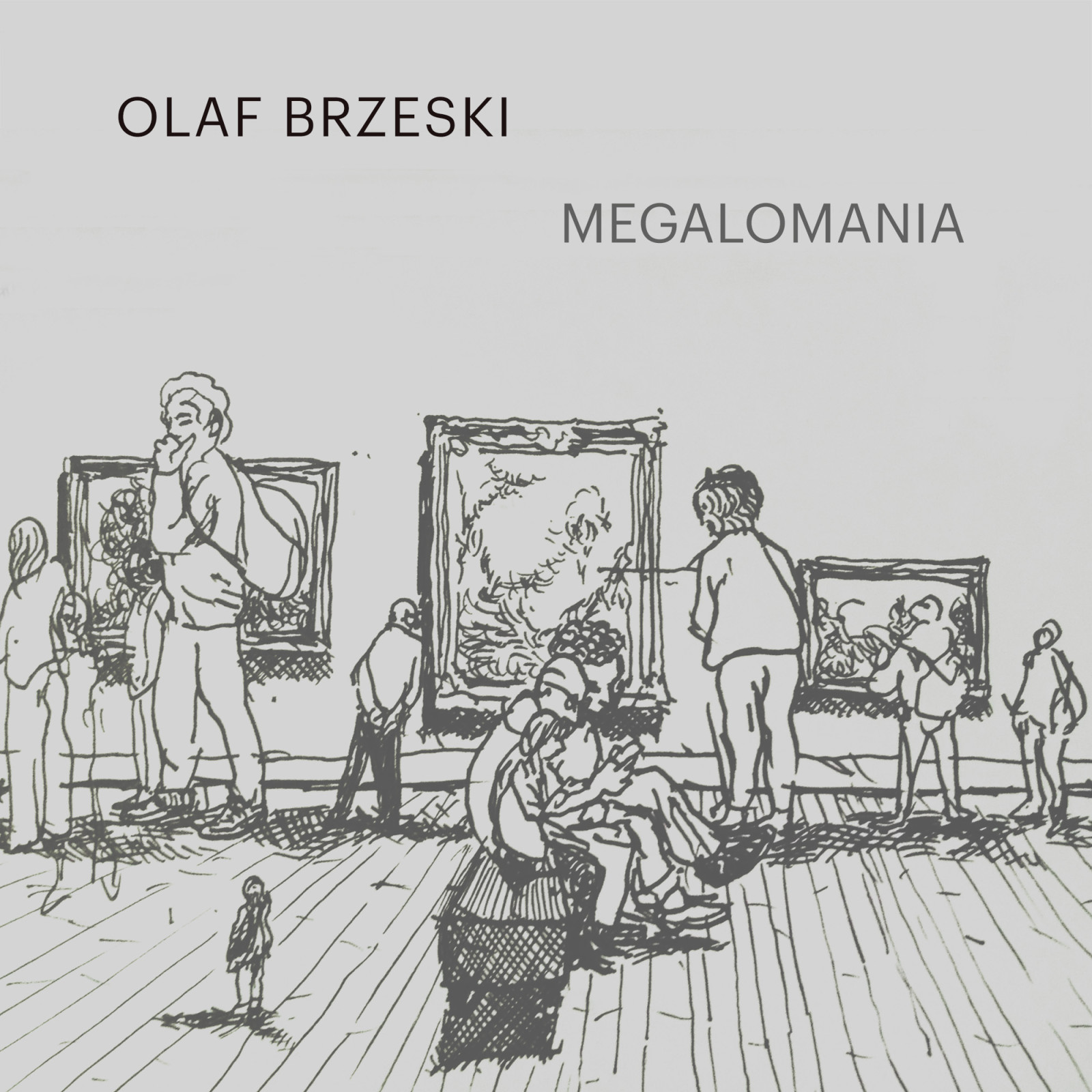 “Megalomania” is a sculp­tural study of size, ambition and fragility. Through each individual work, which have all been created especially for the exhibition, Brzeski, in his own par­ticular and master­ful style, faces off with figures and materials that appear in various ways hyper­bolic, even imagined. The greatest, in terms of size (the word great­ness meaning also size in Polish), of all the works on show is, in fact, titled “Imagined Greatness” ; a gigan­tic figure of a dwarf made out of thin steel rods. The same material was used for the sculp­ture of a sword swal­lower, in which a blade of sword immer­sed in a laboratory flask con­taining hydrochloric acid, is being slowly digested. The “Whisper from the Back of the Head” and “I Speak Things” are sur­realist studies of heads sculp­ted out of solid blocks of steel, within which words and whispers take on a real, physical weight. “Losing Face”, a large piece made of rusty metal bars, describes the state of disin­tegration and uncer­tainty in an almost literary fashion. Last but not least, a com­position with a rusty easel and a spider web, with its resident lur­king in wait.

The disrup­tion of scale and weight, the fan­ciful use of material, the trans­ference of drawing into the physical space and an obses­sive imagination that revolves around the human figure—these are the stan­dard elements of Brzeski’s craft. For this show, the artist makes an additional gesture in dividing the exhibition space into two parts. One part con­tains all the objects inc­luded in the show, while the other remains empty. It’s a sub­ver­sive tactic meant to deprive his own works of a com­for­table space in which to dwell, com­posing, instead, a sort of pain­ting spread against the gal­lery wall. At the same time, he sets into motion a sub­sequent level of illusion, urging the viewer to read the whole as a staged drama featuring the artist, his sculp­tures and his dilem­mas. The acts of per­for­ming and posing fit right in to the megalomania of the title – a univer­sal phenomenon that is, by the same token, ideal fodder for insects and corrosion.

“Through the use of spatial, physical size,” says Brzeski, “I refer to how we measure our poten­tial, the ratio of size to other great forces at work within us. In par­ticular, these two major opposing forces: on the one hand the feeling of Godliness and “I can do anything”, and on the other, “I am nothing and I’ve messed it all up again”. And these two forces get in the others’ way, with one leading at first, only to give way to the other.” 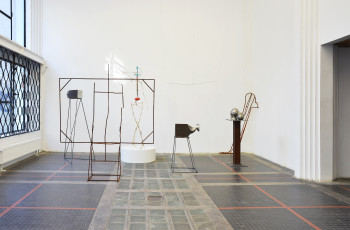 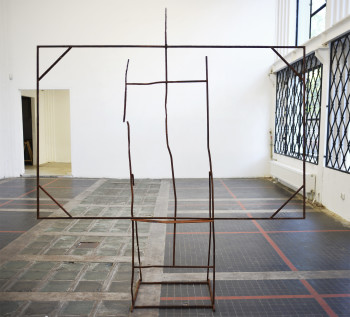 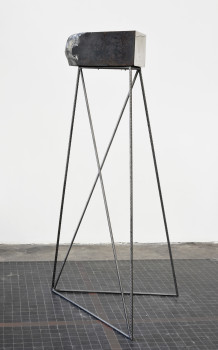 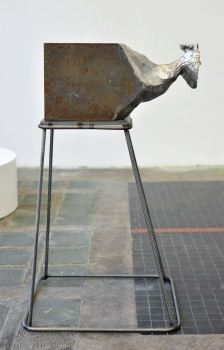 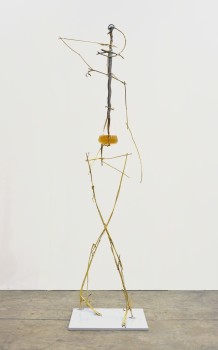 The sculp­ture is an interior por­trait of the stupen­dous sword swal­lower Krissy Kock­tail from Coney Island. In her sculp­tural por­trait the sur­realism of the circus side show becomes, right before your eyes, genuine magic, revealing the intimacy and the great power of the human body. 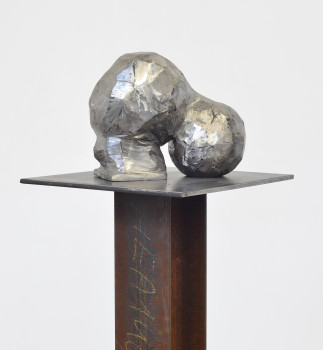 Olaf Brzeski
Whisper from the Back of the Head 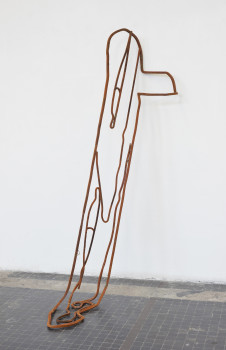