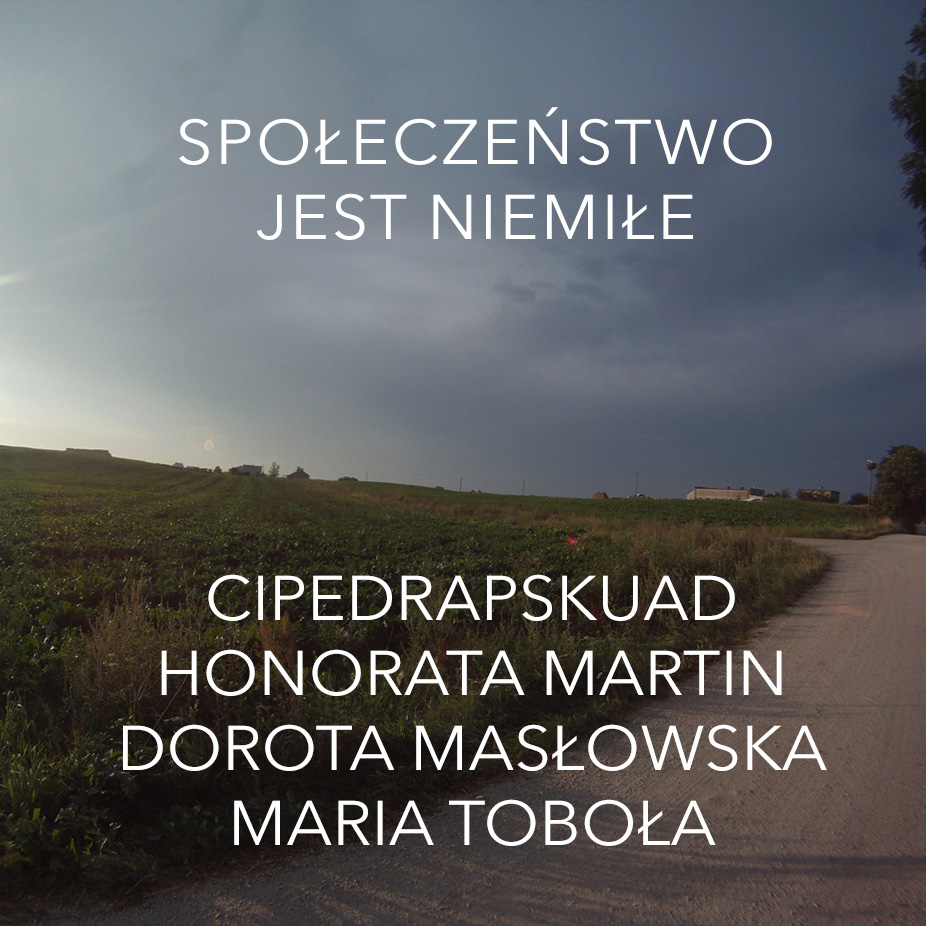 This exhibition takes place in a coun­try whose society has a rather poor opinion of itself. The society is mean, the society is aging, and the force which is driving us toward all this is the progres­sive stabilization, which seems to have effec­tively conquered us after years of figh­ting on various fronts. Life in Poland has become ter­rifyin­gly ordinary. We use the word “terrifyingly,” because for the majority of us, “ordinariness” is a state of con­tent­ment and relative well-​being, which we are in no hurry to get rid of. It is ter­rifying because, in striving for egalitarianism, the ordinary often assumes brutal and oppres­sive forms.

The artists whose works we are presen­ting give us a wholesale revision of this con­sen­sus; the sphere of their con­fron­tation with society is its lan­guage, its living space, and its dominant, stereo­typical inter­per­sonal relationships.

The works making up the Society Is Mean exhibition are not essen­tially asocial, but they do bril­lian­tly render the distance between the individual and the society around him or her. This distance is not the result of attemp­ted escapism; on the con­trary, it is born through an effort to create mutual relation­ships, it is a sin­cere diagnosis of the situation.

The exhibition is, to a large degree, per­for­mative; it inc­ludes a documen­tation of an action that took several weeks, music videos, a CD with songs and one object. The artists are aiming for radical and effec­tive ways of con­fron­ting society. They are coming out on stage, coming out into Poland, investing their physical energy, their images and anxiety in search of a direct experience and relation­ship with the imagined audience, at extreme close quarters.

The cen­tral space of the exhibition is occupied by an epic documen­tation of an action by Honorata Martin, Going out into Poland. On 15 July 2013 the artist left her apart­ment in Gdańsk, going out alone, on an aim­less, direc­tion­less walk. Avoiding the larger cities, spen­ding the night at the houses of people she stum­bled across, the artist lived one day at a time, dealing with places and people that are generally invisible to the urban social elite. After nearly two months the march was conc­luded in Dzierżoniów in Lower Silesia. The con­tent of this project, created as part of the Curator Libera: The Artist in Hopeless Times project at Wrocław’s BWA Gal­lery, was the experience itself, con­fron­ting her own fears and uncer­tain­ties about the road onward, and frien­dly or hostile encoun­ters between a “stranger” and the “locals” – testing the basic social relationships.

Leaving the city and entering the Polish interior, Martin suspends her social status as an artist, becoming a stran­ger who arouses sur­prise, disquiet, and even aggres­sion – the “other.” Dominika Olszowy and Maria Toboła, who create radical hip-​hop as Cipedrap­skuad, begin with a similar gesture of depar­ture in their video for the Raster – this time into the streets of Warsaw’s Praga district. Here the video conven­tion is trans­cen­ded in the sim­plest of ways. This typical walk lasts eigh­teen minutes – as much as all the various works in the com­pilation – and is filmed in a single take. The dream­like and ordinary scenery of these infamous streets serves as a back­drop for the aggres­sive, eman­cipated nar­rative, which uses the hip-​hop form, but essen­tially trans­cends it. Accor­ding to the artists’ statement, “the seemin­gly vulgar lyrics have a pure, timeless mes­sage (…) revealing the real face of these people, their anxieties and desires.”

The title of this exhibition was bor­rowed from the debut album by Mister D. – the new musical incar­nation of writer Dorota Masłowska. Society Is Mean, released by Raster, will premiere with the opening of the exhibition and is an integral part of it. Mister D is a home-​brewed mix of rap, punk, and dance music, whose lyrics are a psychedelic stew of tales from popular gazet­tes, delivered in a stark Polish, with its par­ticular mode of com­municating. For Masłowska, leaving literature for the world of son­gw­riting was a gesture that opened not only rhetorical possibilities, it was also liberating: “I believe that Polish society is very mean. But I was unable to write a book about this, because I hate political literature. But here I could sud­denly express all my bleak reflec­tions on prostitutes, pimps, dough, and cruising around in Audis. I felt free and happy.”

The exhibition is opened and closed by a monumen­tal work by Maria Toboła, Garlic Sauce (2013), which con­den­ses, as it were, the local, Polish taste, and is also an apotheosis of the local, proud, and revol­ting society. 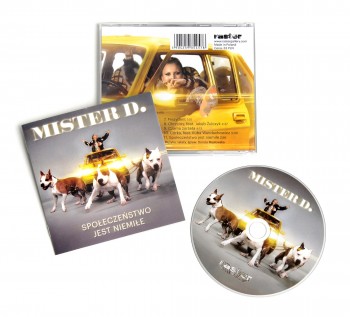 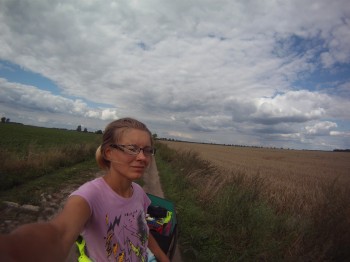 Honorata Martin, Going out into Poland, 2013, photo documentation of an action 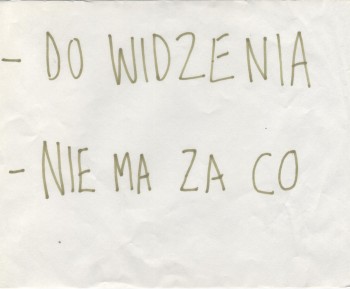 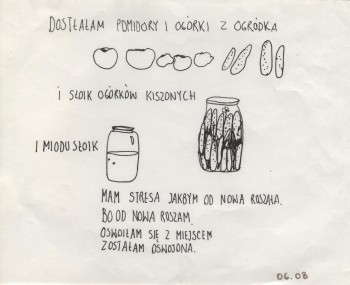 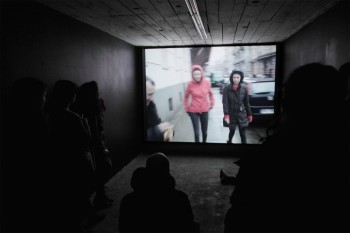 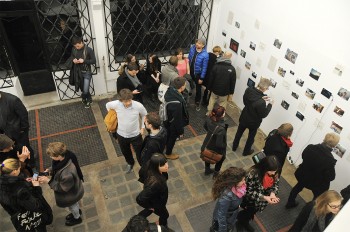 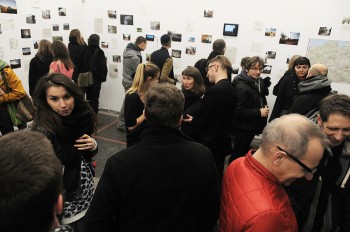 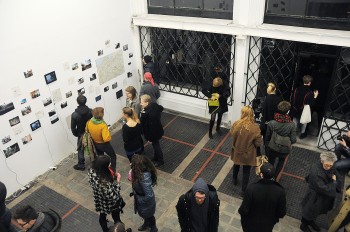 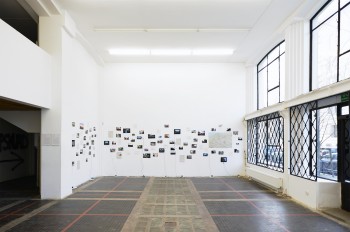 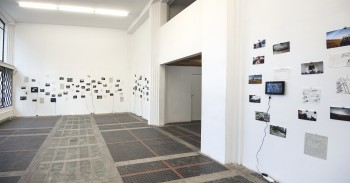 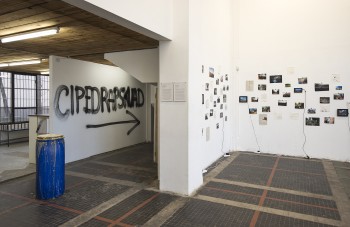 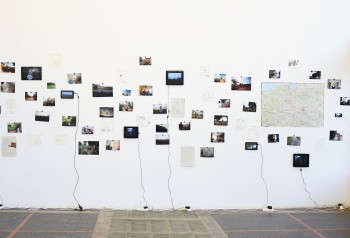 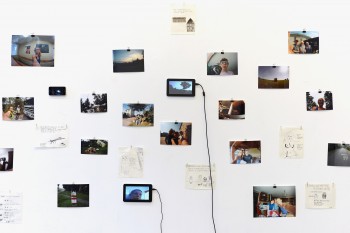 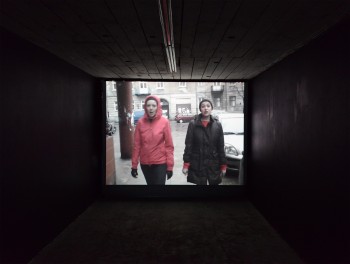 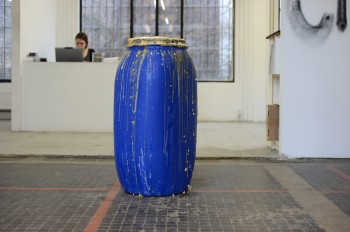 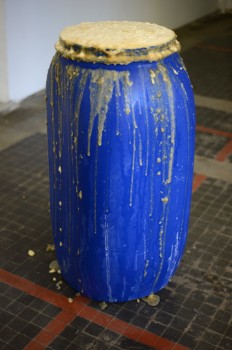