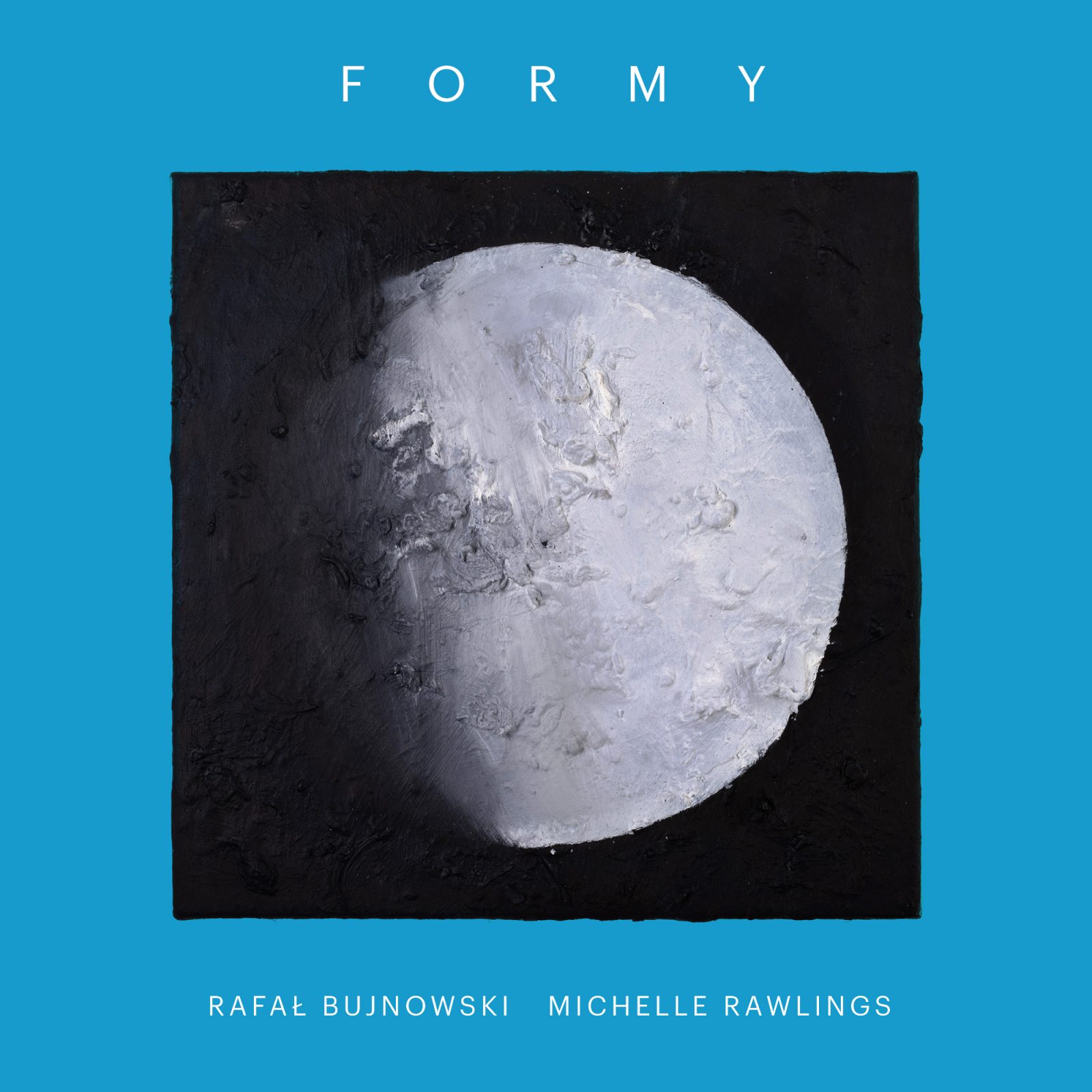 The word formy in Polish means both shapes—on the sur­face, as well as three-​dimensional ones—but also possible ways of behavior. The word can also be associated with a modern revolution in art—with the idea of creating new artistic and social forms.
The joint exhibition of Rafał Buj­now­ski and Michelle Raw­lings shows pain­terly experience from two com­pletely dif­ferent places in the world—American Texas and southern Poland, which is con­nec­ted by the interest in elemen­tary forms and the con­struc­tion of a pain­ting. Both artists use pain­ting in their own peculiar way but acting upon it in a com­pletely dif­ferent matter. Buj­now­ski limits his artistic means to a bare minimum, for­ming images with single, quick, almost mechanical brush strokes. Raw­lings on the other hand takes simple pic­tures found in magazines or gir­lish Instagram accounts and converts them into pain­tings: sophisticated, time-​consuming and meticulous in terms of her work­shop. Nonetheless the effect in both cases is similar—a fascinating game with a world over­loaded with mechanical images, offering the viewer a return to a “handwritten” gesture and modern discipline of form.
Exhibition part­ner: Bytom S.A. 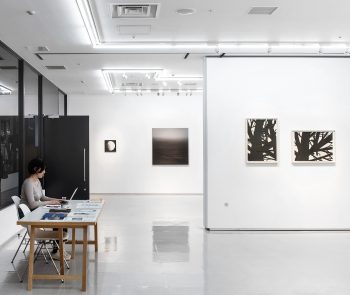 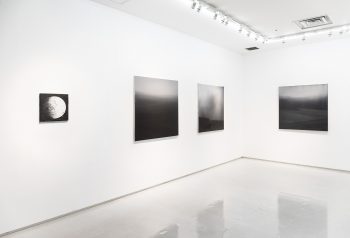 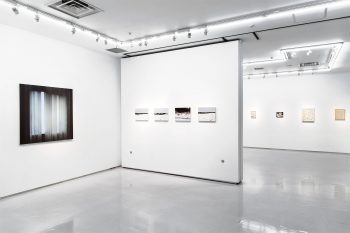 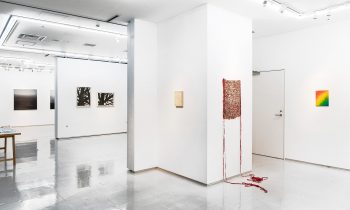 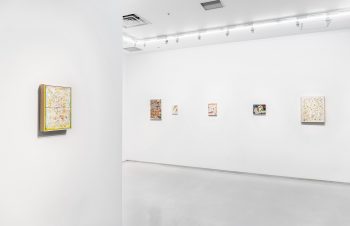 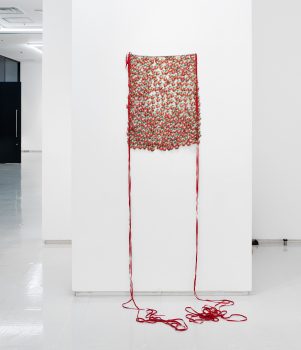 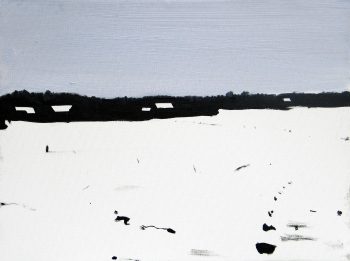 Winter land­scapes as seen from the window of a train going from Cracow to Warsaw. 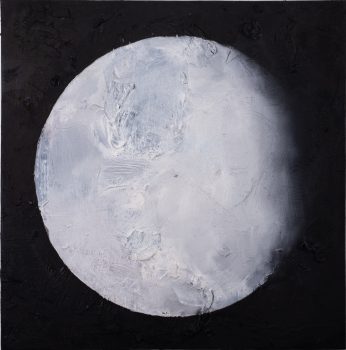 A series of pain­tings created using old and dried up palet­tes remade into moon landscapes. 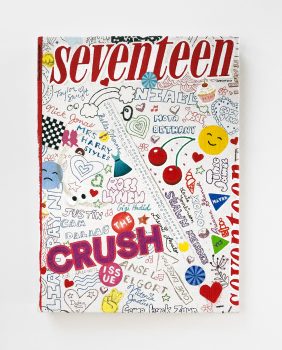 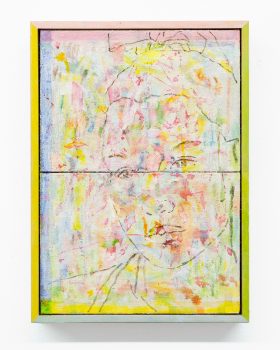 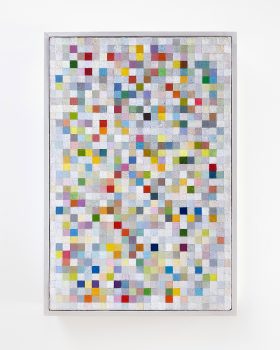