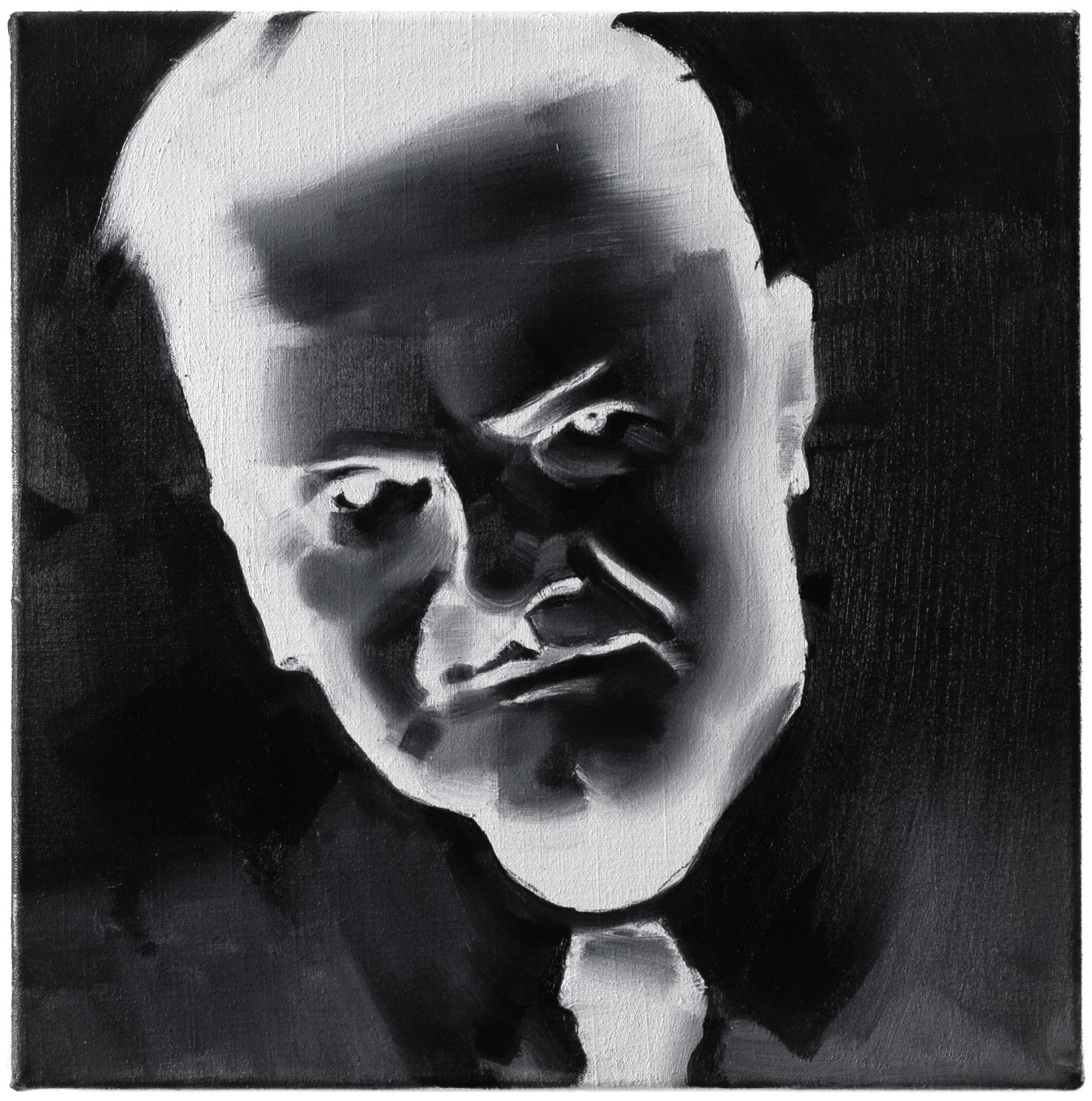 Bujnowski’s first picture from a multi-themed series of negative images was a portrait of the poet Władysław Broniewski drawn in chalk on a children’s blackboard (2005). This work was made for the exhibition devoted to the picture’s namesake at Raster Gallery. The ambiguous figure of Broniewski, the outstanding communist poet who was compromised by the post-war people’s authorities and chiefly immortalized in the minds of the younger generation as a mandatory part of their school curriculum during the People’s Republic era, has been rendered by the artist in all its ambivalence and frailty.