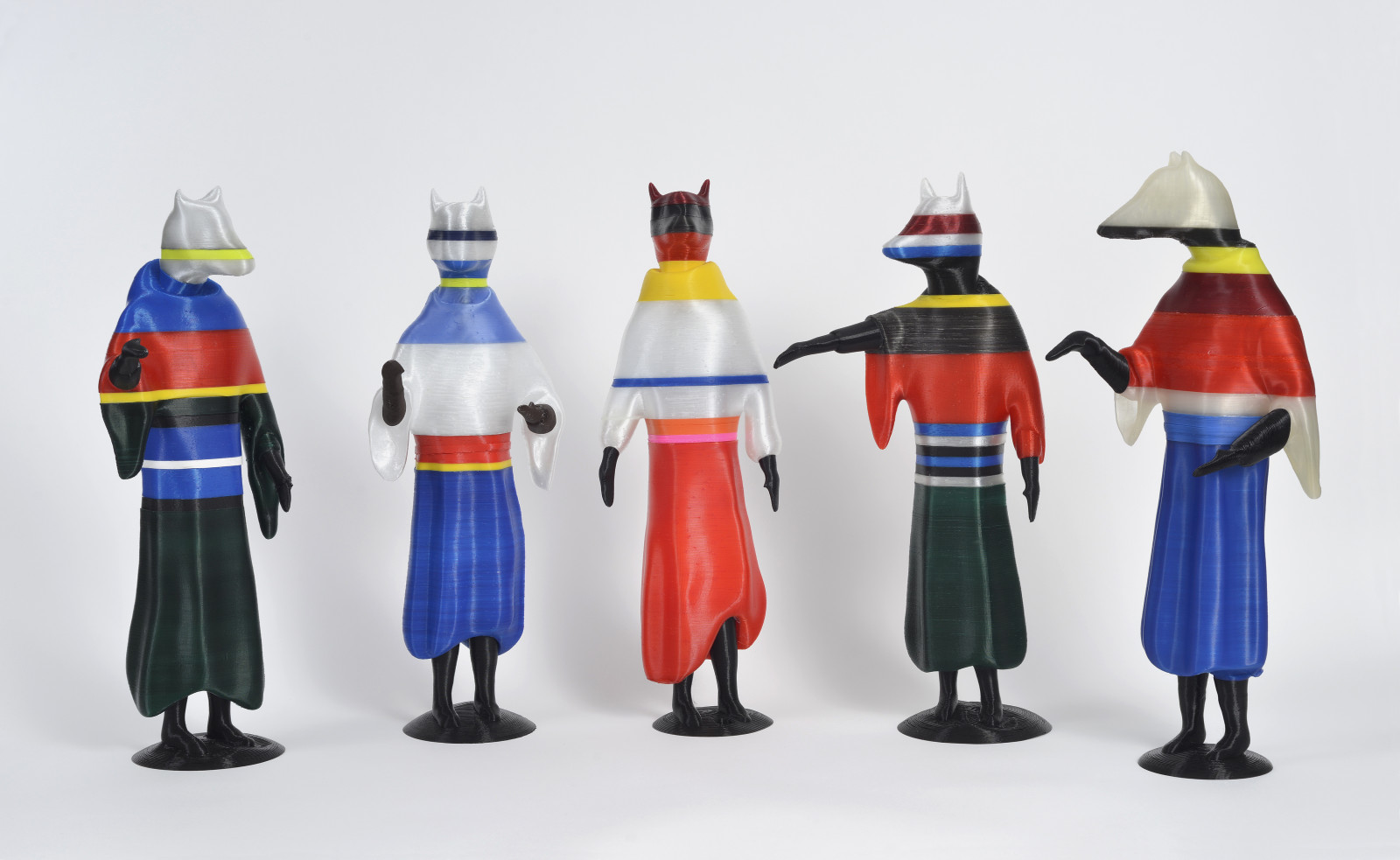 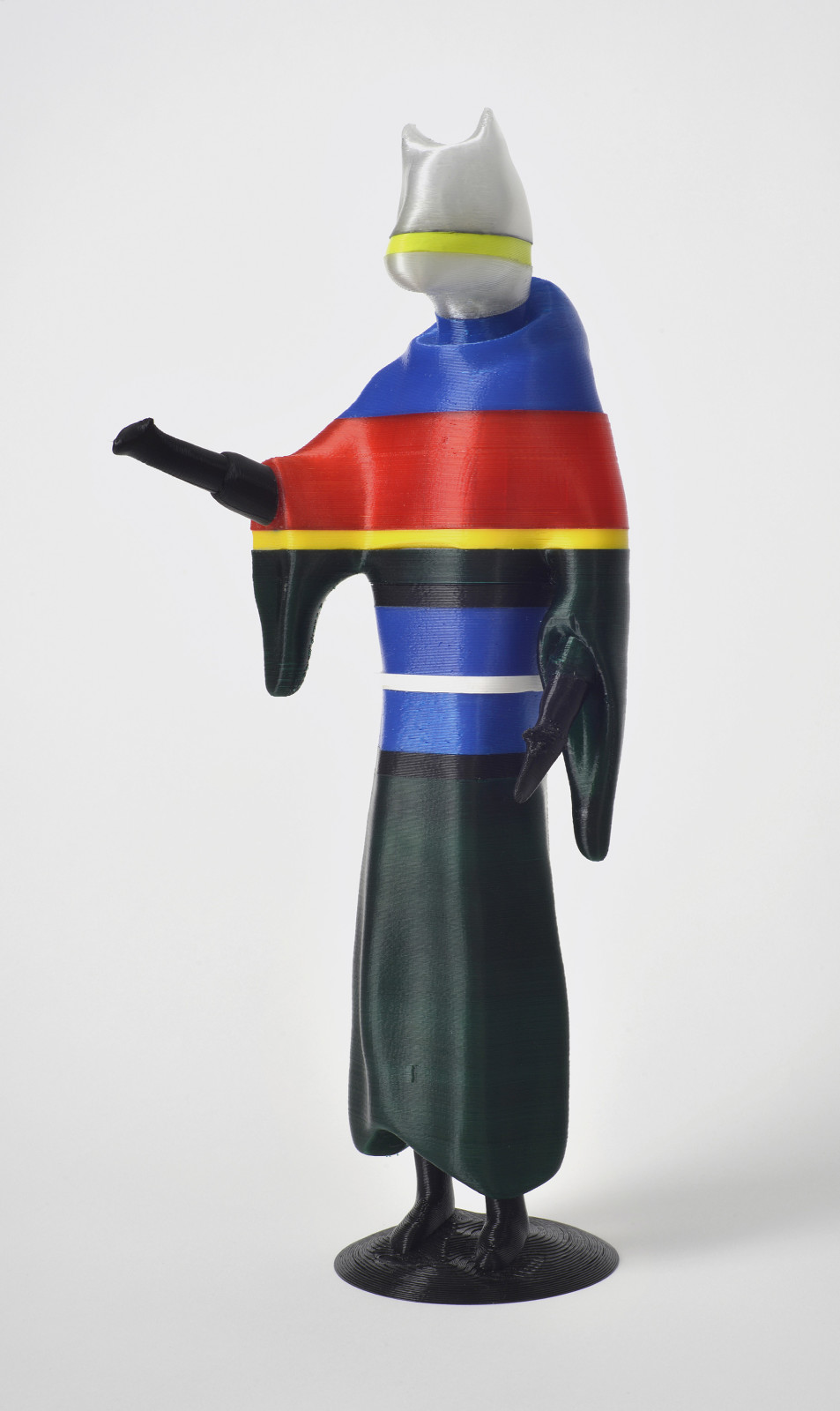 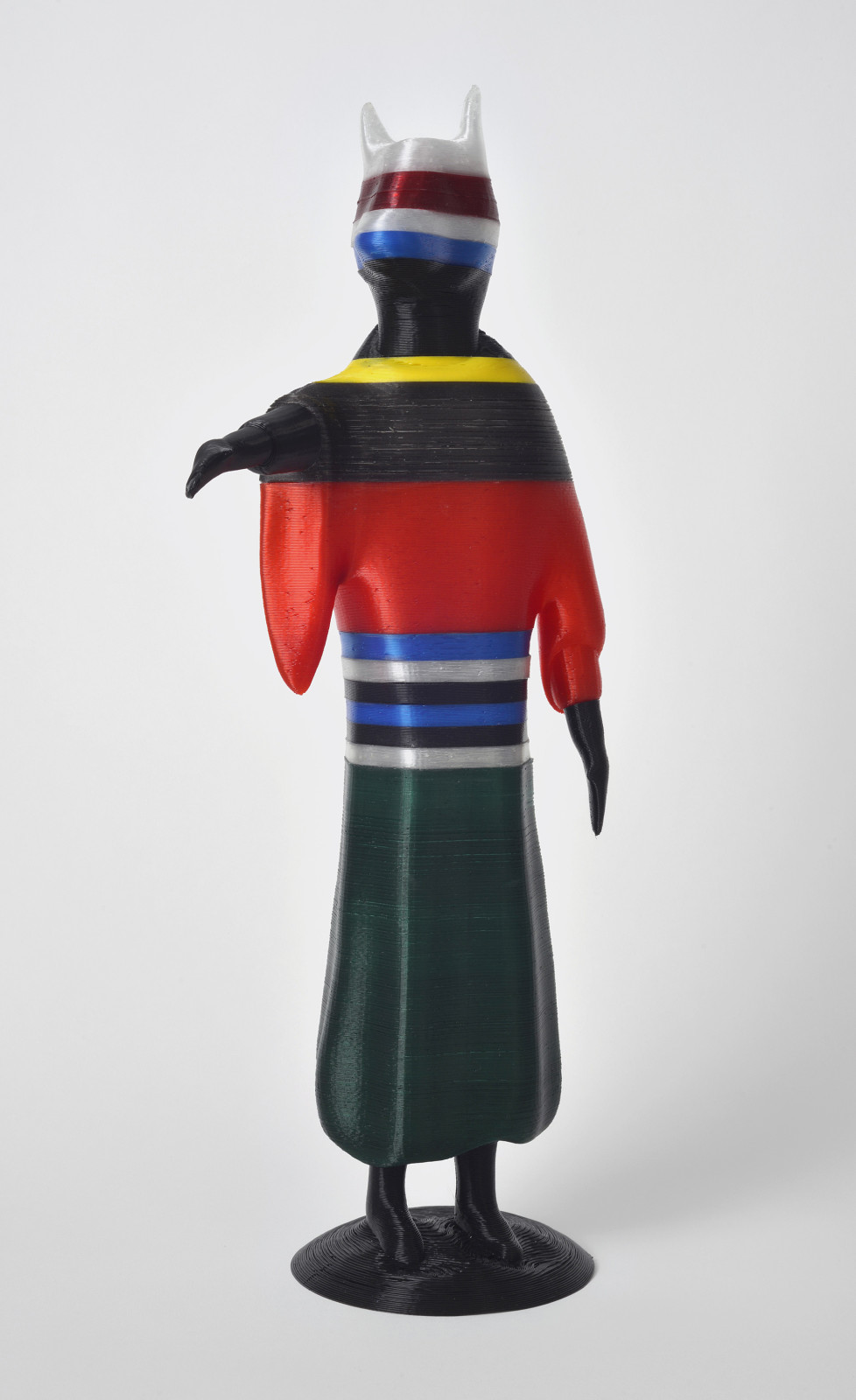 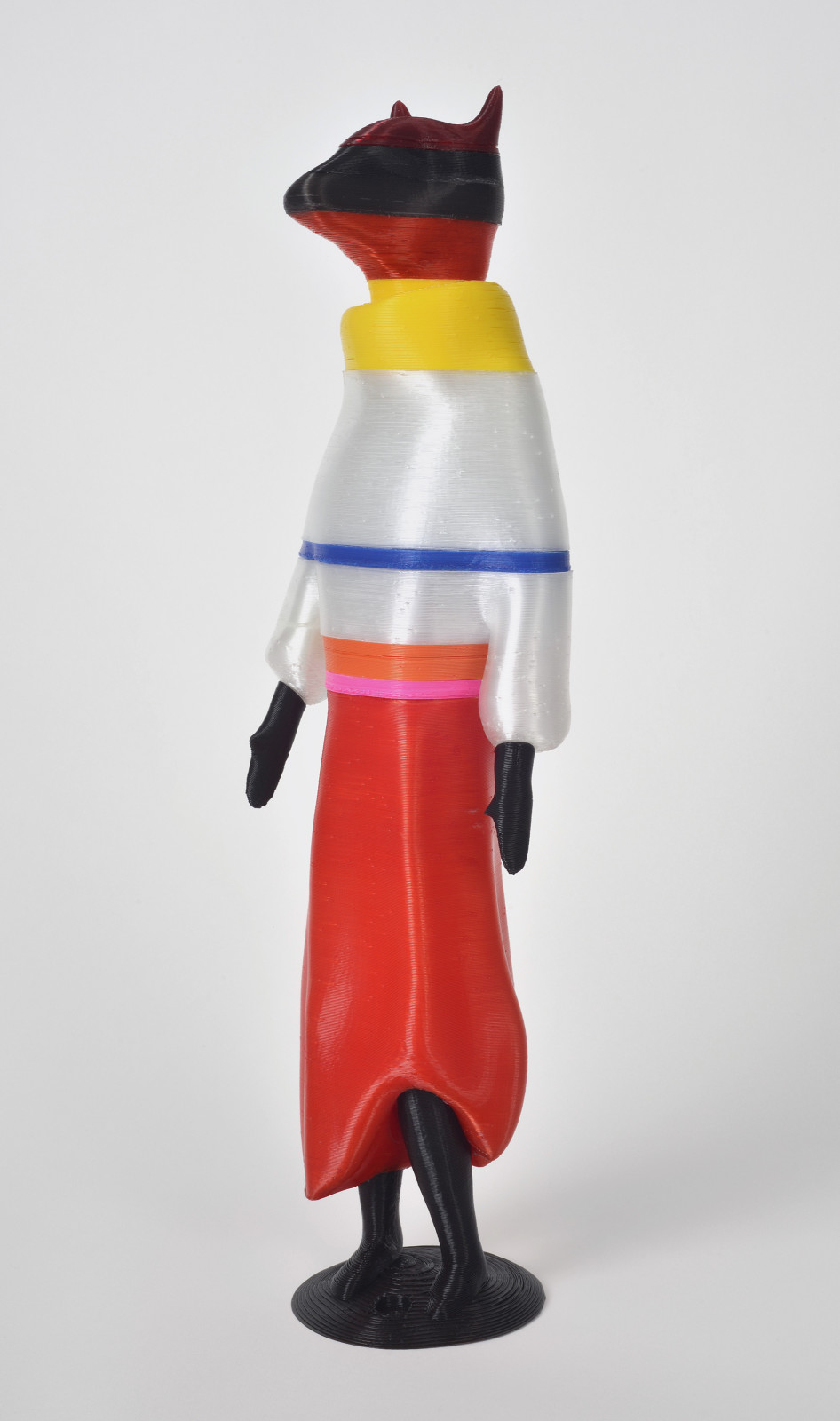 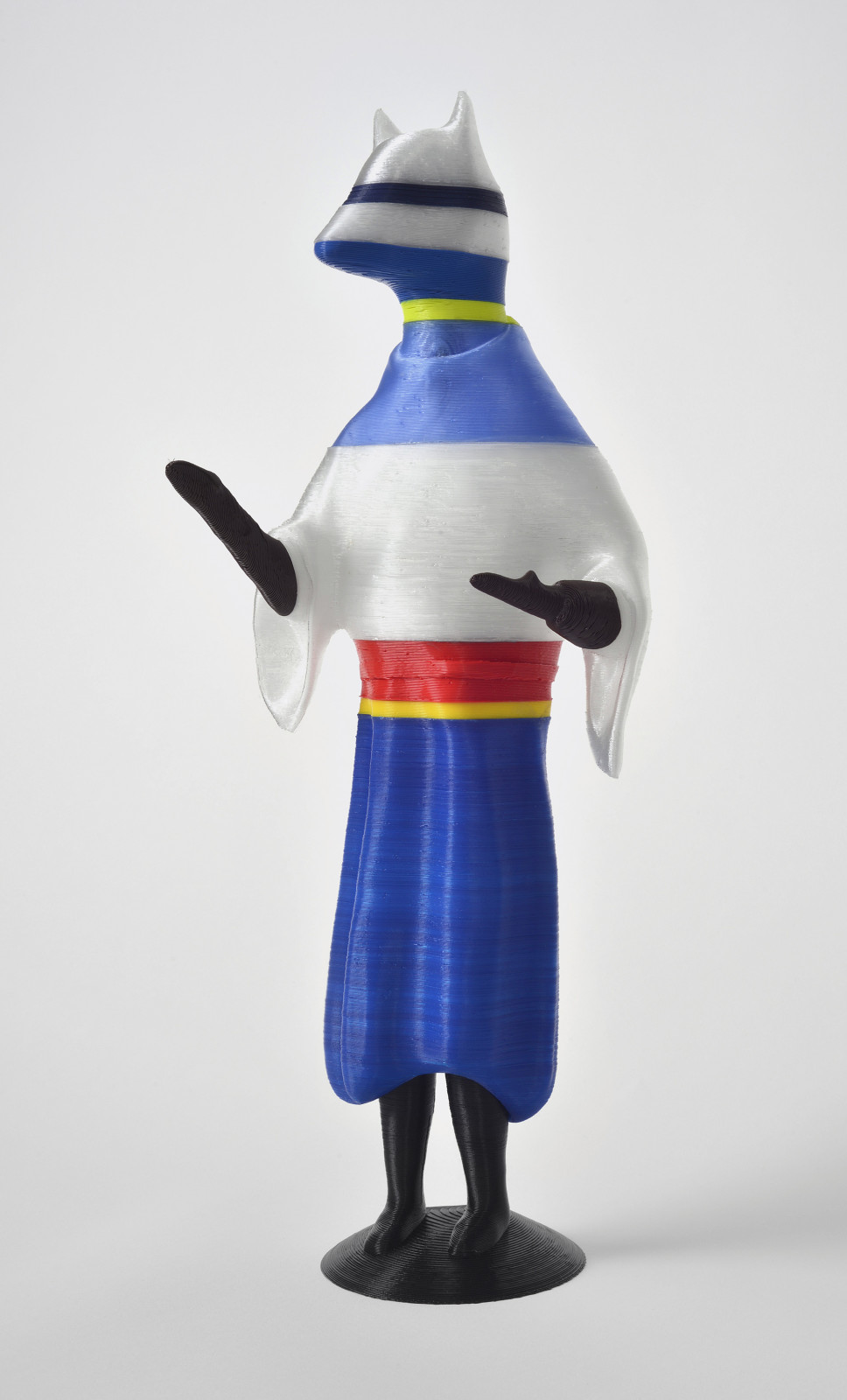 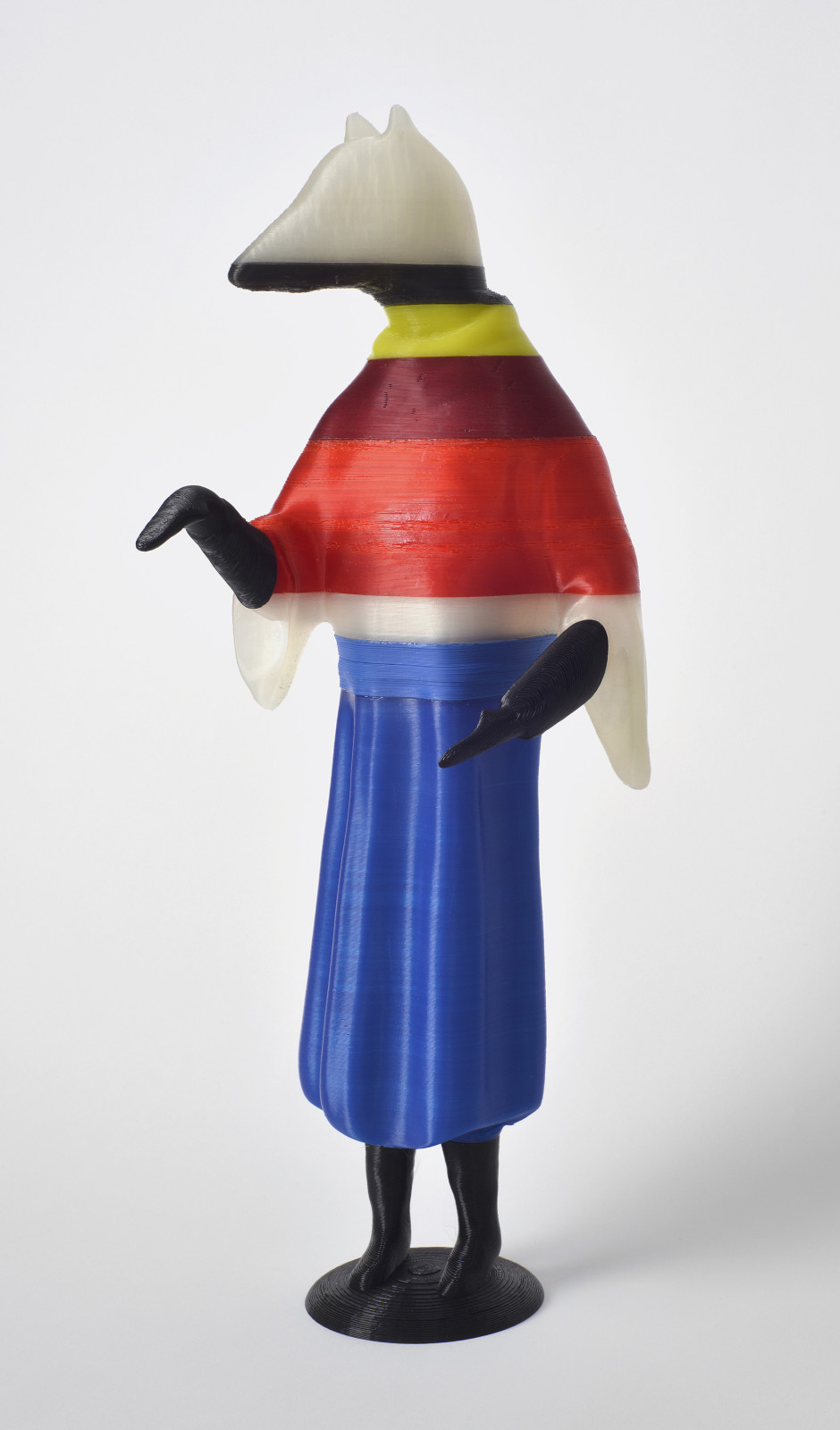 Janek Simon
Man with the Head of Dog

Printed on a home 3-D printer, these sculptures were inspired by medieval illustrations for The Travels of Marco Polo. Among the creatures described by Polo were the Cynocephali, a race of dog-headed people who allegedly inhabited the Andaman Islands in the Indian Ocean. Polo was long considered the greatest traveler of all time, but the credibility of his accounts has increasingly been called into question, with some researchers claiming he never got further than Constantinople. The story of the dog-headed people bears witness to how the image of the Other as alien, exotic or different, are fabricated.