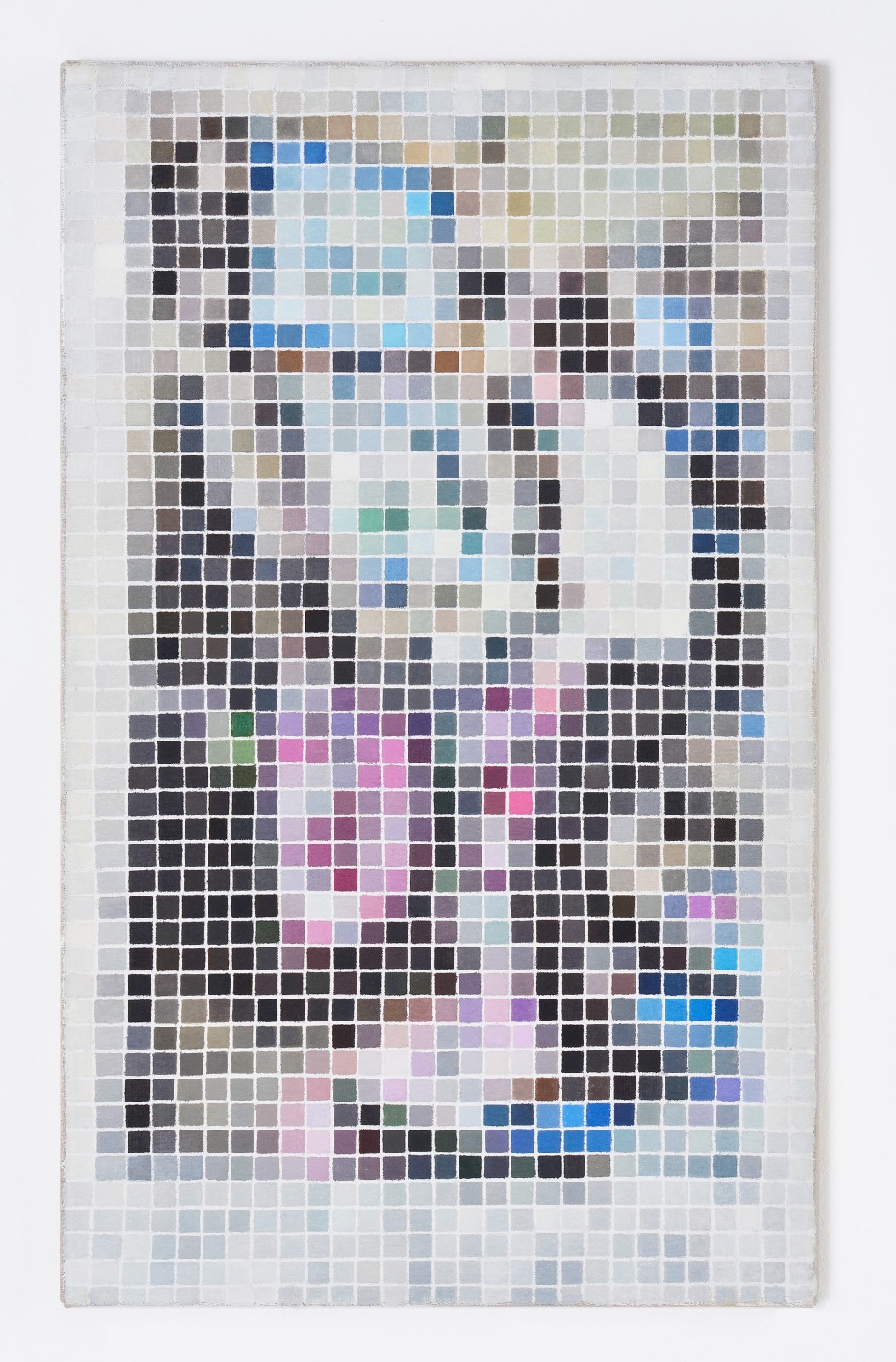 Rawlings' paintings are often based on material found in magazines or newspapers—she's especially interested in images that feel painterly. This painting was inspired by a picture of a young man playing the arcade game called Dance Dance Revolution, captioned as a game that Adam Lanza was playing shortly before the Sandy Hook shooting. The artist worked with the image in Photoshop and created a pixelated version of it, similar to her rainbow pixel series.