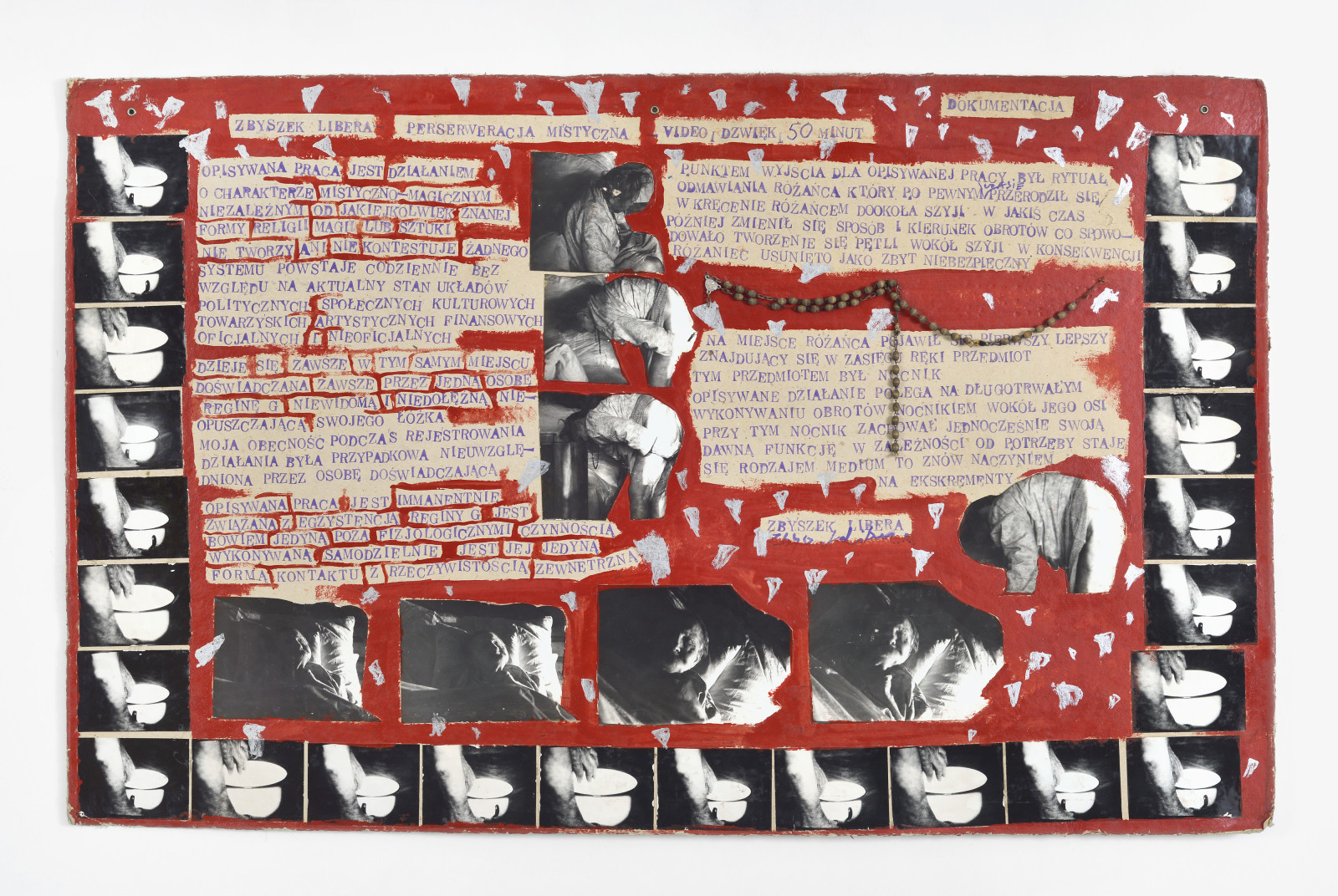 A documentation board made by Libera using photographic stills from his film “Mystical Perseverance” (1984) and a rosary of its heroine, Regina G., the grand­mother of the artist. In the video Libera recor­ded her instinc­tive behavior—wrapping the rosary around the neck, rotating the potty—discovering in them a mystical ritual. The board, made ​​shortly after the the film was made, was presen­ted at exhibitions in the second half of the 1980s. The original text of Libera, an integral part of the work, was prin­ted in ink using fonts from an alphabet stamp set for kids—the only widely available form of polygraphy in Poland of the 80s. 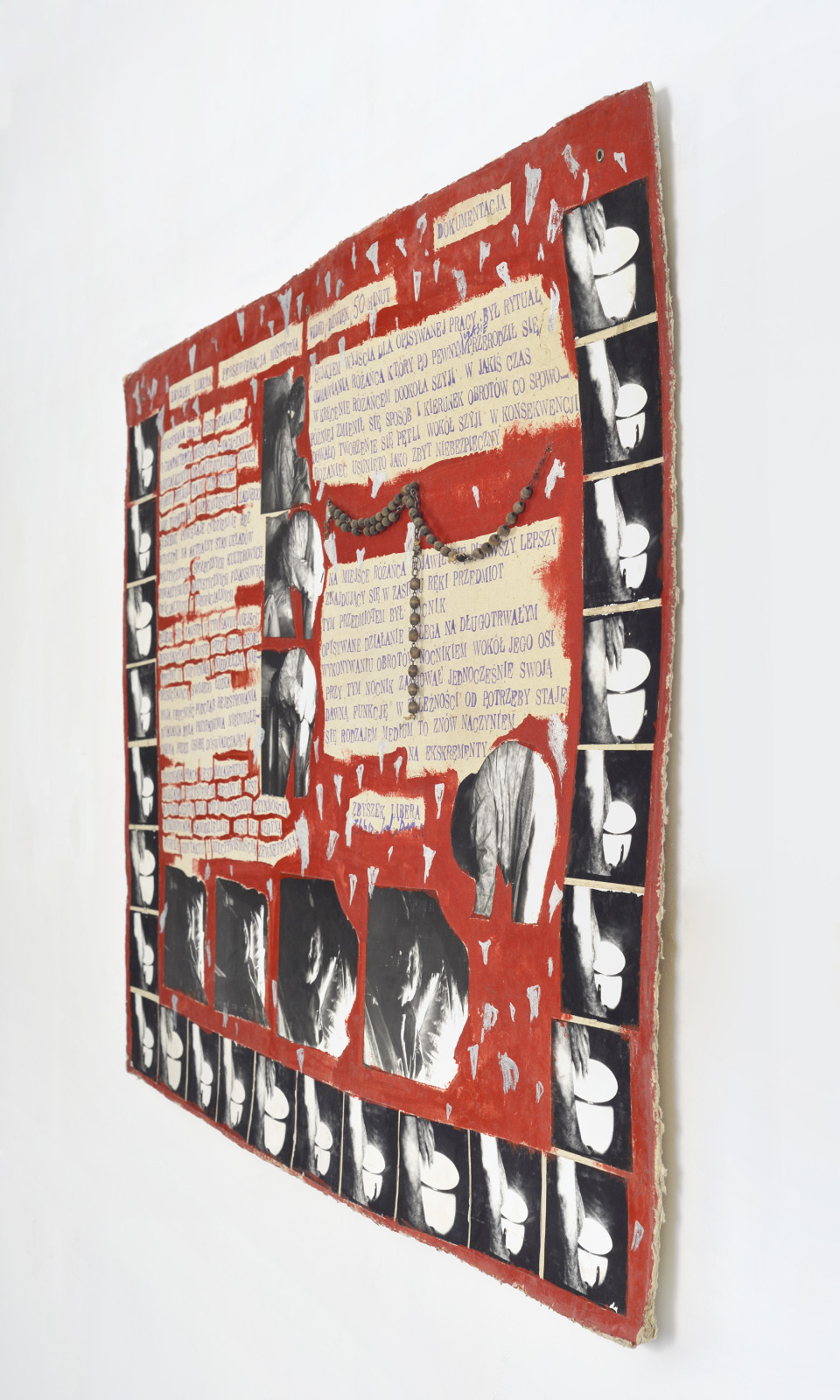