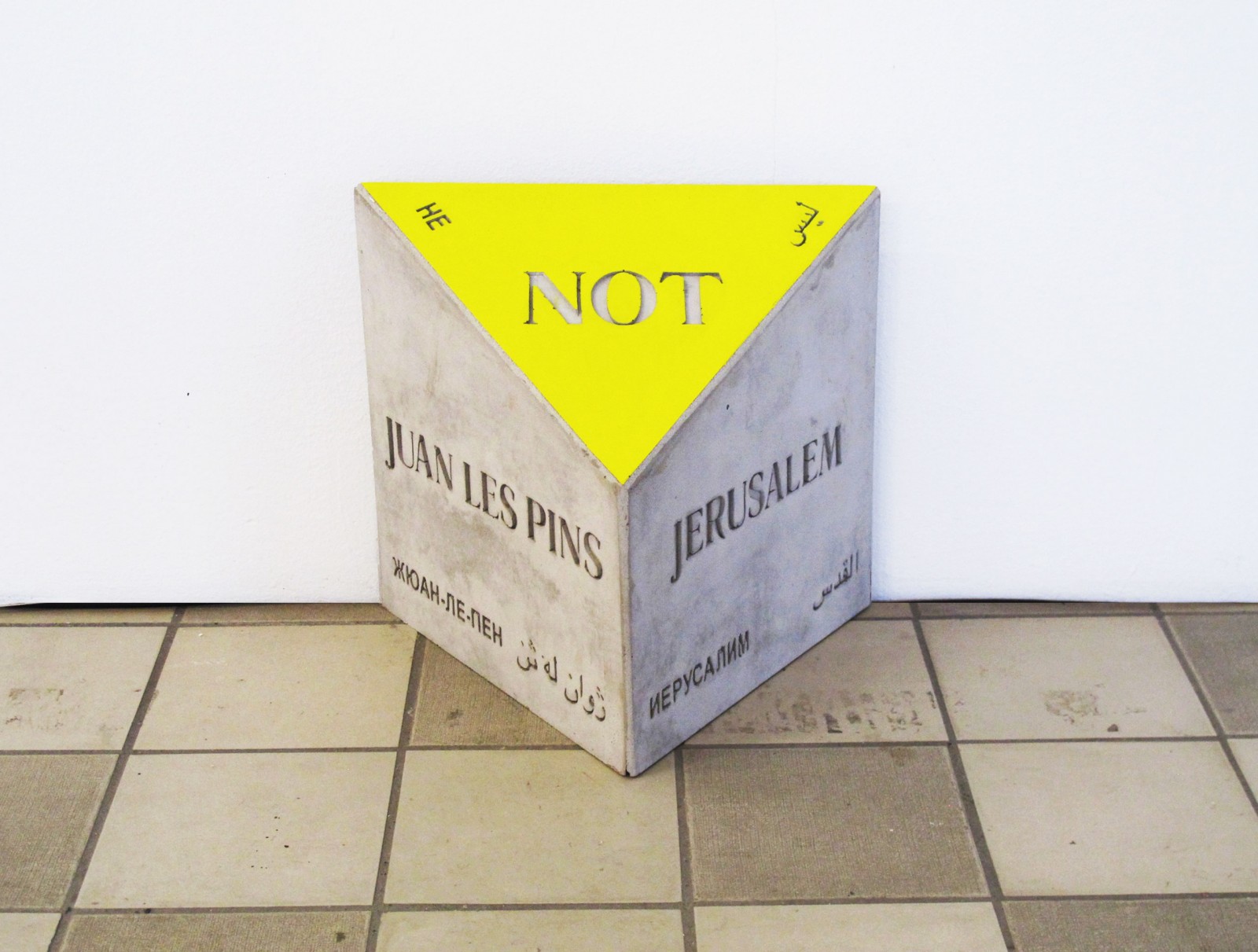 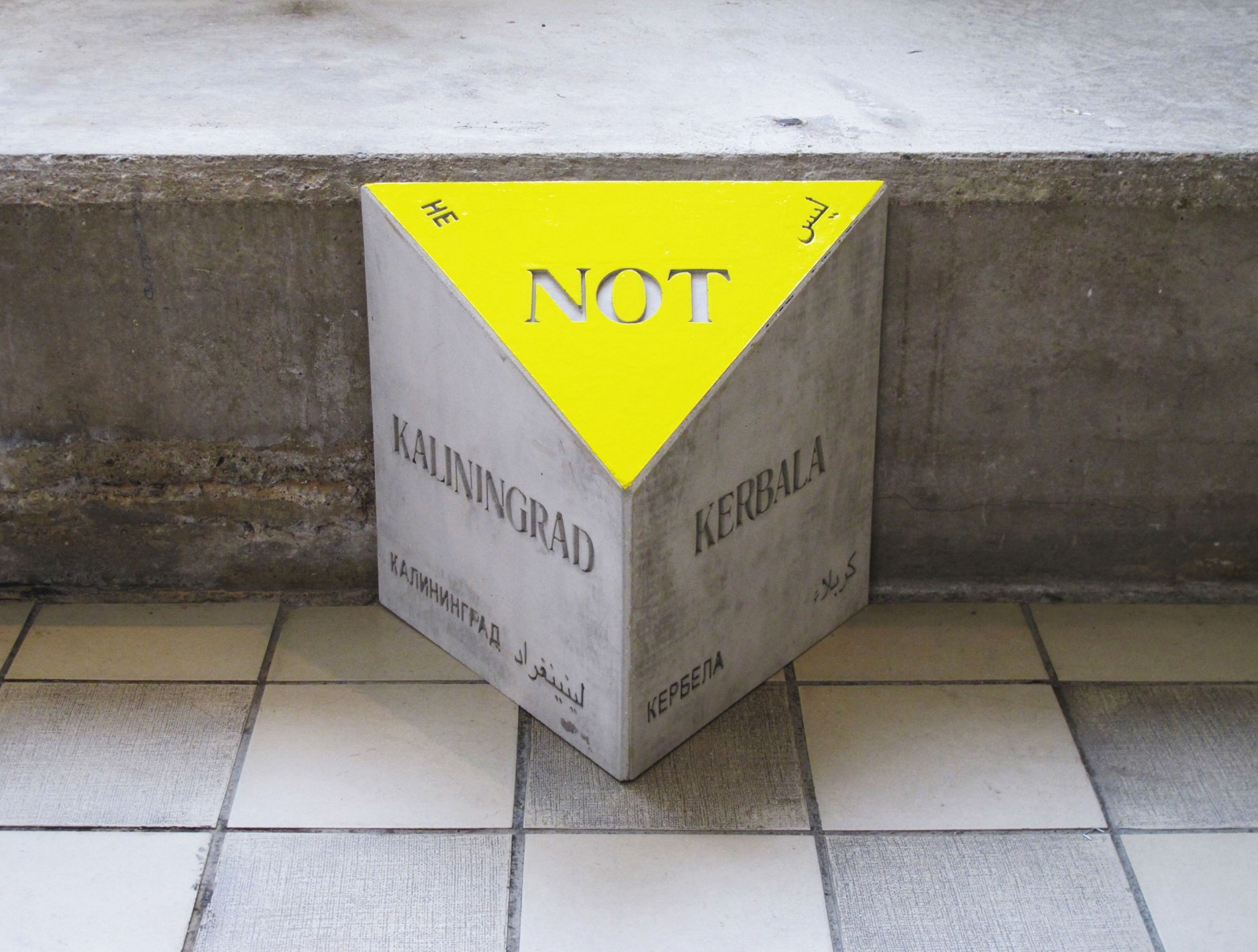 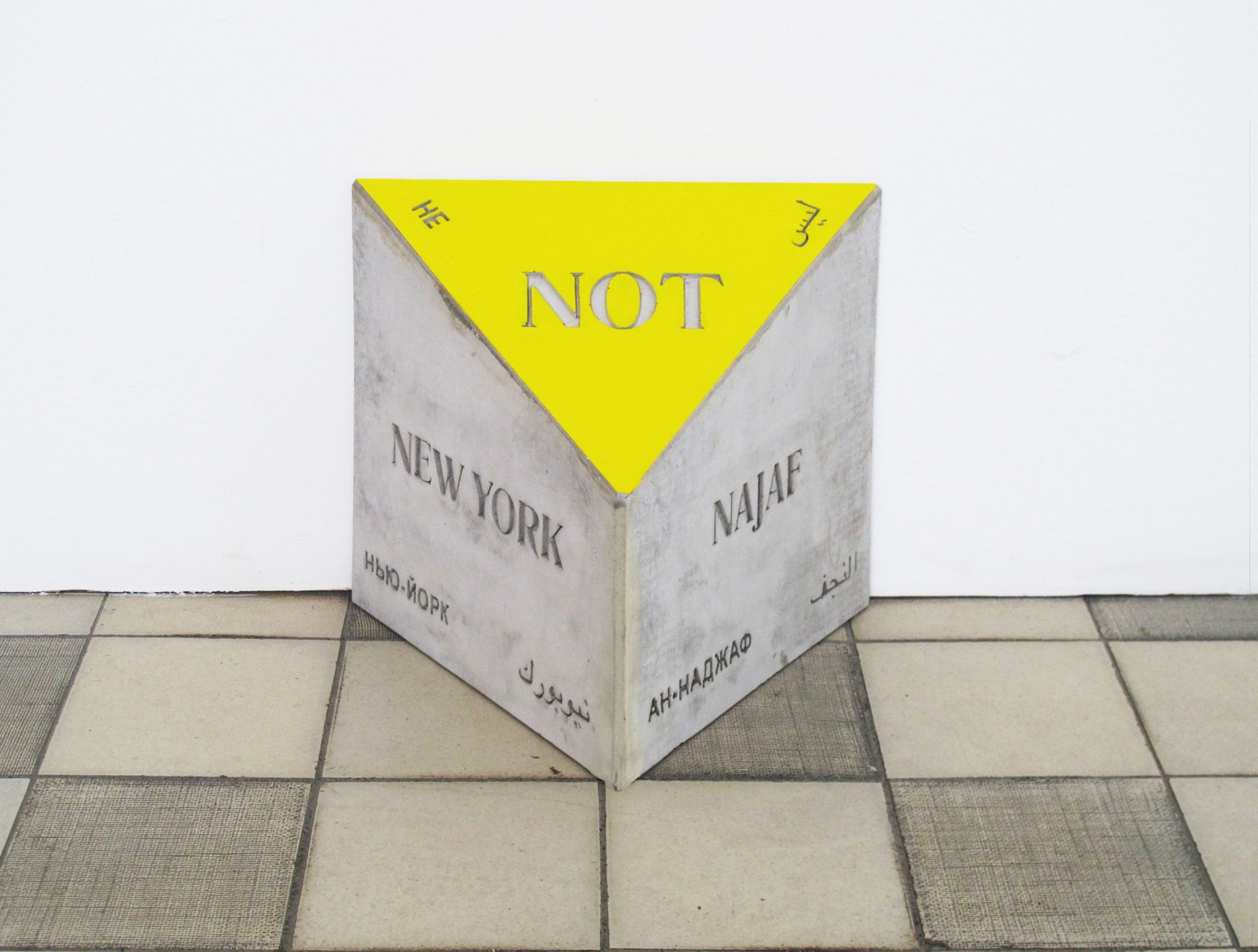 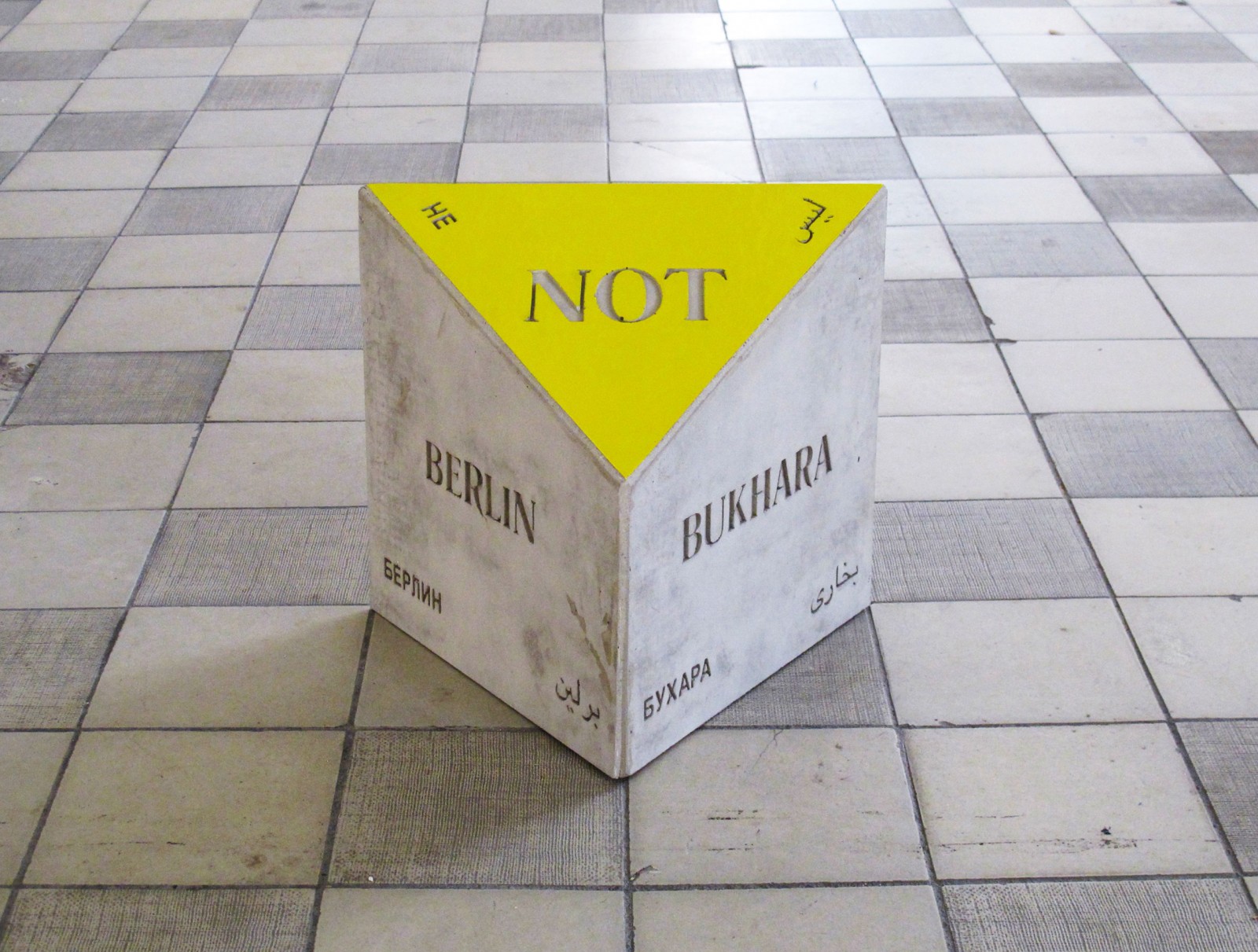 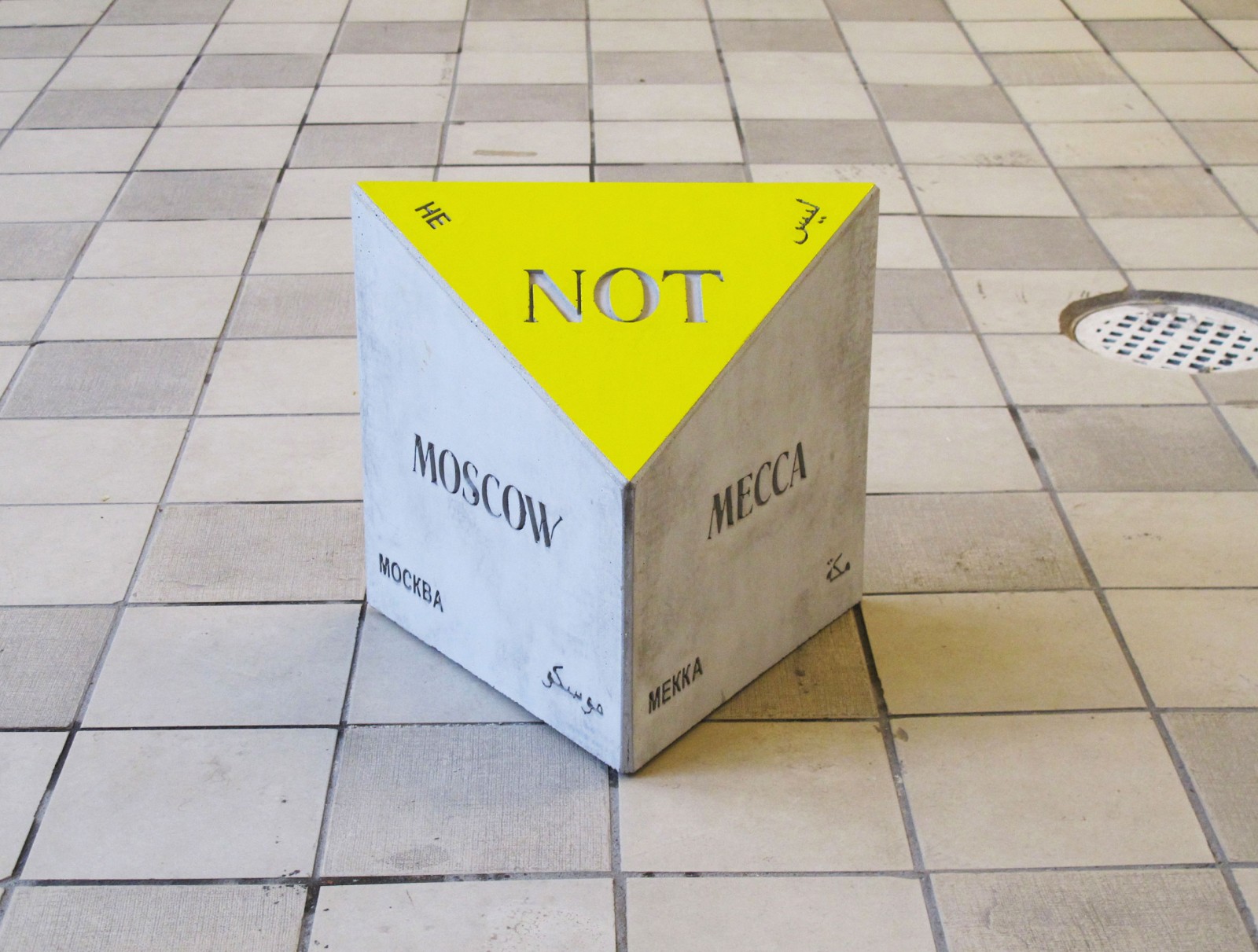 Inspired by Stalinist General Komarov’s so-called "To Moscow Not Mecca" policy, aimed at separating the Central Asian population of the Soviet Union from Islam, each Triangulation brings together a resolutely secular city with one known more for its sacred importance in Islam.

This work is part of the cycle Not Moscow, Not Mecca which investigates syncretisms: the combination or amalgamation of distinct beliefs, religions, images, languages, or politics. A syncretic politics may fall outside of any left-right opposition, while syncretic religion exists as trace elements of many familiar religions, from the many vestigial pagan elements of Christianity to the incorporation of Shinto religion into Buddhism.